I did some A/B testing on how language translations affect the ability for people to install a browser plugin. I got around 20 languages professionally translated. I use Javascript to default to the user's native language when they land on my site. Our results consistently show that Japanese, Dutch, and Greek people are more successful when shown English rather than their native language. The other 17 countries were more successful with their native language - the expected result. Why is this the case? Do certain cultures require a different layout so they feel more at home? For example, Arabs need a right-to-left aligned site and Chinese like crowded and playful layouts. What am I missing with these Japanese, Dutch, and Greek? 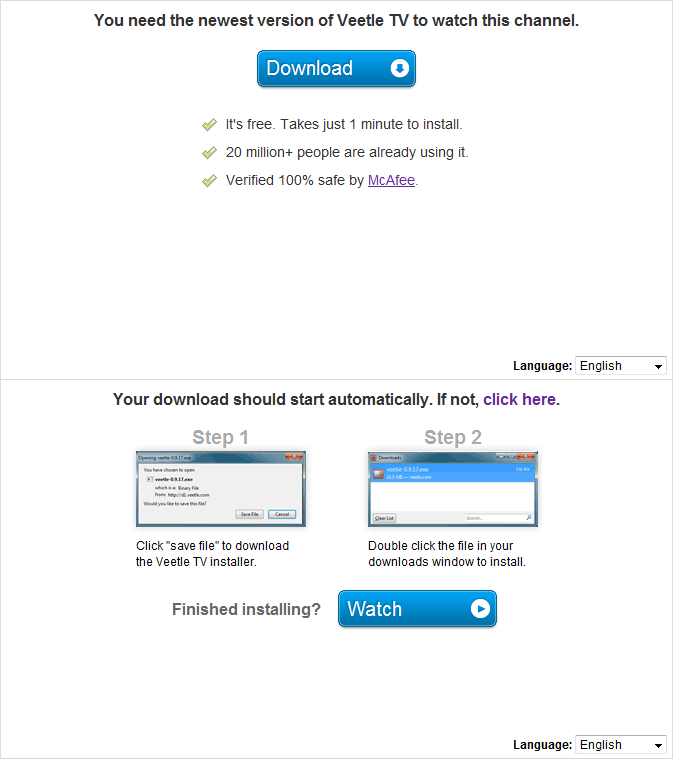 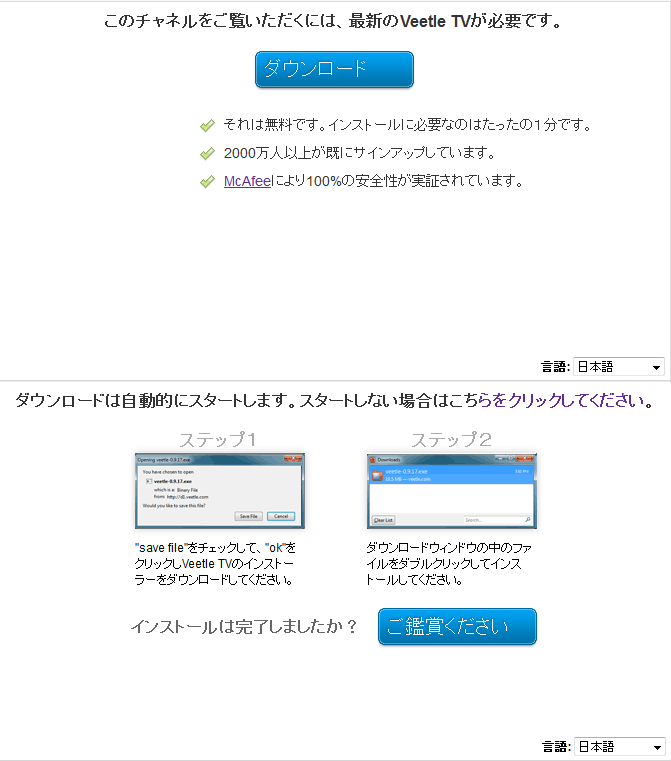 I do not know the cause of your results of A/B testing. For what it’s worth, I will list the small oddities of the Japanese pages which I noticed. I will not imply that anything listed here is the cause of the result which you observed. You should figure out the real cause by yourself if necessary.

Partial translation. I agree to Oskar Duveborn that only small portion of a page being translated to my language reminds me of ads.

Added: Alignment of captions of buttons. As you state in a comment on the question, the Japanese instruction lacks the arrow icons on the buttons. I do not think that the absence of the icons per se has any negative impact, but as a result, the texts on the buttons are aligned to the left instead of centered for no apparent reason. This is a little awkward.

If you are able to do so, cross-reference the language of the content they watch when they do access the site. Doing this will enable you to determine if they are there to watch content in English or their native tongue. If the content is English, they may well prefer the interface to be in English as well.

Some other suggestions to check into or try:

Finally, as a bit of friendly advice, I would highly recommend finding ways to allow viewing and broadcasting without requiring an installation of anything. Flash is present in over 90% of browsers and HTML5 video is becoming more and more popular and is also compatible with many mobile browsers. Between the two, you should be able to cover almost 100% of users with what they already have on their system. By requiring an installation, you are putting an obstacle in the path of your users' objectives and your own business objectives. Because it's an obstacle that few of your competitors face, you are putting yourself at a competitive disadvantage.

If a site in English suddenly displays a portion of it in my native tongue (Swedish), I instinctively disregard that part as ads of some sort...

...generally the annoying fake dating ads seems to like doing this. Not that it explains any of your rather interesting research but anyway ^^

Fascinating...This probably isn't the answer, but is there any chance your professional language translations for these three languages just weren't as good as for the other languages? If you suspect that might be possible, perhaps you could validate the translations with an alternate translator (or even see what Google Translate comes up with--as poor as the automated translations usually are).

If it's not the translations, my only other thought would be that you simply didn't collect enough data or there was a flaw in your test. How many data points do you have for each country? How did you judge success and failure? Could it be that some people just changed their mind about joining the site or got distracted by something else and never completed the task?

Although I am a Dutch person that prefers computers to speak English to me, I know I am in a minority.

Dutch people generally tend to prefer and do much better with applications and sites in their native tongue. So I would definitely agree with @DanM that most probably the translation isn't as good as you may think it is (and no, I am not offering to do a better job :-) other things to do) or you don't really have enough data to make these calls.

On my computer, your site is in English and only the "download plugin dialog" is localized. This breaks consistency (but does not explain differences accross language/culture)

Not the answer you're looking for? Browse other questions tagged website-design or ask your own question.