good reason/guideline/heuristic/principle, according to GUI design pattern, to align maximise, minimise and close button on the left side in Ubuntu

Since Ubuntu 10.04 (and maybe some other Linux versions), we sometimes see the maximize, minimize and close buttons on the:

and sometimes on the right side:

So, can someone explain me a good reason (guideline, heuristic, or principle), according to GUI design pattern, to align the maximize, minimize and close buttons on the left side? I am looking for a usability point of view.

I mean, according to "habituation" design pattern (O'reilly Designing interfaces by Jenifer Tidwell), it's a really bad idea to re-educate the users.

does not attempt to re-educate the user. Especially bad is it when Control buttons, which in many applications always have the same meaning. 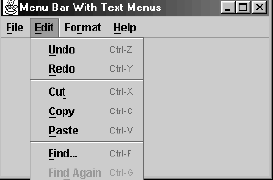 It's really non-intuitive to guess the side of these buttons.

As for why some window managers put them on the left and some on the right, there's no good answer for that. Either is probably roughly equal from a usability point of view. The important thing from a usability perspective is for all applications to be consistent.

I think it is a good design principle to let the user decide and by default put all buttons on one side. If you put some one the left and some on the right, you will make working with windows slower because you have to move your mouse more often.

As I see Ubuntu has these buttons in the same line as the menu, so you have to move your even less often. On the other hand, one could argue that it is also more likely that you hit "X" instead of "File" ...

As a developer of Linux GUIs you should'nt really care, Qt or GTK+ will let the user or window/desktop manager decide.

If you are more interested in GUI design principles, GNOME and KDE also have so-called Human Interface Guidelines which define how you should design (the GUI-part of) your application. I could not find anything similar for Ubuntu/Unity (though I think it exists).

It is not true for Mac OSX, these three buttons are on the left side (and the maximize button has a very strange behavior).

I don't know why Ubuntu stated to put close/maximize/minimize buttons on the left, but in the same time, they also add the global menu (the menu are not in the application's window but on the top of your screen), so... According to me, it's a huge mistake and a very bad idea, but who I am to say that ?

Not the answer you're looking for? Browse other questions tagged gui-design buttons menu guidelines desktop-application or ask your own question.

12
On mobile phones why is the green (call) button at the left and red (hang) button at the right side?
1
Are window interaction buttons on the right bad for cross-platform apps with a custom border deployed on a Mac?
8
Correct window dimensions