Best Place for a Back Button on a 7" Tablet Menu

I'm currently building the interface of an Android Tablet digital restaurant menu. The user is going to be able to navigate between categories and dishes lists and navigate back as well. I'm finding very difficult to position the universal back button (which is going to appear in every screen apart from the root menu).

Here are the options that came up to my mind: 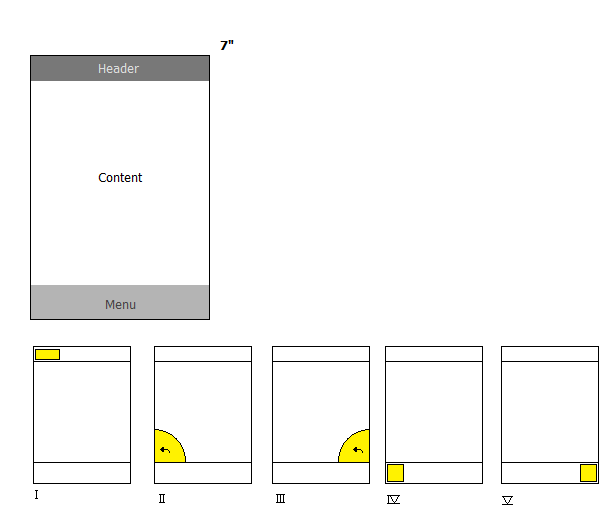 The "I" is the first that I thought about, which seems pretty obvious. But after some testing, I concluded this design does not fit very well with the tablet's shape and the way people usually hold it. To make it easy to press, I also need to make it bigger and waste a lot of room at the header...

"II" and "III" was suggested by a friend of mine, and it sounds really nice, except that it may make some people confused as it is invading the content area (I must remind that this is intended for a very wide audience, which included people with almost no knowledge of touchscreen systems)

"IV" and "V" are good, but I don't really know how bad it is that the back button is mixed with the menu buttons (like "about" and "call waiter"), maybe someone can confirm that for me.

Are there any good objective reasons to go with any of these options, or are there any other options not considered here?

If it was an Apple product now that would be a whole other story.

Assuming your target audience is incredibly transient and the majority of your users will only use this single application on the device, then there are some affordances you can make to improve the default experience of the device's soft back button.

First and foremost, I would recommend ensuring that the soft back button does work as well as whatever UI you end up implementing. As the soft button is the OS' standard, it will be confusing if the button doesn't behave as expected.

With these assumptions and considerations in play, I would recommend that you go with your initial suggestion aka option "I". You can see this previous answer on back button placement for reasoning why to place it in the top left corner of the device.

Another suggestion I would add is to possibly implement the swipe effect in the application so that users can swipe backwards to navigate to the previous "page" of the application. Swiping is incredibly intuitive so to have it as an option in this scenario I think would be a great plus.

I admit I'm originally pretty much in favor of your first proposal, having the button the top-left as it is very common. However, on a 7" tablet, the user will have to lift the arm to press the BACK button, or change the hand holding the tablet to the right hand.

So, one strategy would be to place the BACK button where the (left) thumb is most likely to be, so that the users don't have to move their hands. Especially if they tend to hold the tablet like a book (or a menu booklet).

For this, I would suggest 2 solutions.

For the first solution, the BACK button would be placed on the left side, similarly to the hard buttons on the Kindle to change the pages for example. 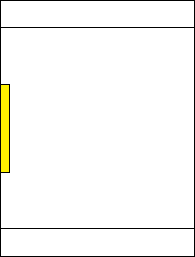 However, it might not be ideal depending on how the content is presented and how thick you can get that button. It would match this scenario of hands position: 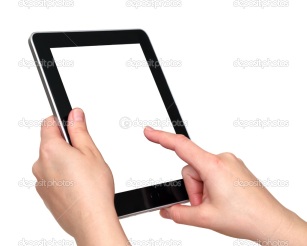 Second solution would be to place the BACK button at the bottom left, as you suggested. 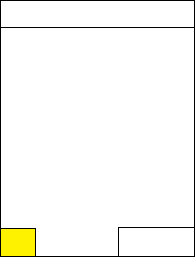 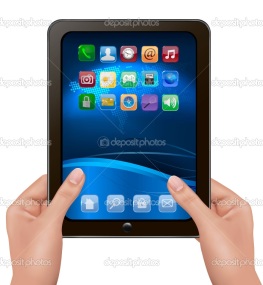 In any case, if you have the standard "soft" button, it should have the same behavior as the one you add in your application. Also, note that these soft buttons will disappear on new Android devices and replaced by software buttons, according to the latest specs that Google released. I'm not sure what is the exact strategy behind it and if these software buttons will be customizable/overridable, but to my understanding, they will be fixed and can be hidden for fullscreen apps. You may consider this when deploying your app.

Take a look at Flipboard for inspiration. When inside an article they support the system default back button if that is iOS's top left back or done button or I believe Android's soft button but they also allow the user to do a two finger tap anywhere to go back. This is ideal because when using a tablet interface the user's hands could be anywhere. I end up using both my thumbs to perform this gesture and it works very well.

Not the answer you're looking for? Browse other questions tagged navigation buttons accessibility touch-screen or ask your own question.

5
Back button on iPhone
0
List with links on a touchscreen device
4
Touchscreen interface for menu and dropdown menu ease of use
9
UX idiom for closing activity: X-icon vs up-button vs back button
4
Is it ever a good idea to present a radio-button menu without outlining prior selection?
9
Back Button and Menu Button in Top Navigation for iOS
2
iOS sidebar menu and back button
2
Navigation on mobile site - menu or back button?
7
Navigation drawer and hardware back button: when on root level, exit app or go back?