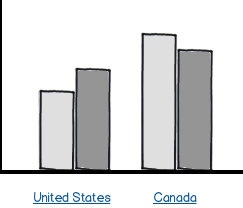 2
Best way to communicate the action of a non-button control
7
Affordance for resizing a panel
1
How can I design a UI for iOS with a diamond shaped drill down interface?
6
How would you design a two stage bar chart drill down?
1
Combining UITab Bar with Drill Down in iOS
3
How to handle the Drill Down Navigation for Responsive Application on Mobile?
1
Which is better - recovery "error" message or undo user input?
1
How should you design drill-down and move-up in data visualization
2
Schedule on Mobile. To drill down or not to drill down?
1
Representing multi layered data in dashboard