Ask Question
Asked 10 years, 9 months ago
Modified 9 years, 7 months ago
Viewed 10k times
27
This question already has answers here:
Should a toggle button show its current state or the state to which it will change? (24 answers)
Closed 9 years ago. 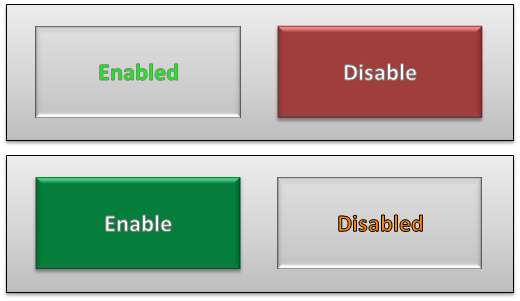 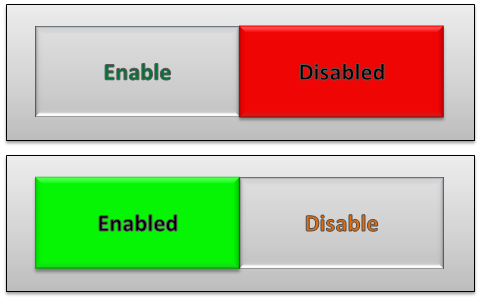 504
Should a toggle button show its current state or the state to which it will change?
16
How to convey a true/false value to a user?
7
Users confused about status indicators vs. action buttons
1
What toggle button should represent - state or action?
1
Double-state switch control challenge for nonexperienced users

12
How to best represent a ToggleButton (representing on/off) with the ability to be locked
7
Toggle button for actions
3
Choosing between state and action on video chrome controls
6
Multiple primary actions
11
Indeterminate state for toggle buttons?
6
Triple-State (or Multi-State) UI Object (Button)
2
Colors and labels on buttons that reflect state
1
"Standard" or "best" UI element for "turn offline" and "turn online"?
15
Does an on/off switch still means on/off when positioned horizontally?