How to deal with graphic designers who thinks UX is boring

Working as a interaction designer together with graphic designers (or marketing people in general) I sometimes get the strong feeling that we sound too boring when we try to implement usability best practices.

Like: - Great. here he comes dragging his boring points about site speed killing my animated fullscreen background image idea or my very cool intro movie that would have won an award.

I feel that you could argue about the importance of smooth user flow etc, but it doesn't stick. It's not their motive behind being a graphic designer. This tension leads to poorer project results.

How do you tackle graphic designers who behave like this?

This is actually a pretty common question that is being asked in an uncommon way. I think a better question would be "How do I deal with people (including other designers) who don't realize the importance of UX? Or how do I help people understand that UX should be at the core of any business/project?

I think much of this controlled by you (the UX designer). Regardless of how much people don't like to hear your ideas, your job is to be the voice of the user. I work at a company that has embraced UX to a large extent from the top to bottom but I still have debates all the time with others within the office about features, communications, marketing..etc. Defending the user is not easy, even in a company that's focused on experience. This is a constant struggle but there are techniques to help other understand the importance of UX.

Here's a few things that help:

A couple other things. If your graphic designer think's she/he is an artist, you've got a problem. Design is a science and is goal oriented. This is true for UX, visual design, print design, industrial design..and so on. If they're not designing for those goals, they're doing it wrong and it should probably be brought to the attention of your management. If the goal of a page is to convert sign ups and they are designing with a goal of dazzling users with flashing page elements and animations you're in trouble. :-)

One last point is that visual design is also part of UX and you should have a strong understanding of their job as well. This may be obvious but taking interest in their work will contribute to them taking an interest in yours.

Clayton Correia has given an excellent answer and the only things I would add to it are:

Look at this article which talks about how one second delay in page rendering could affect Amazon's revenues by nearly 1.6 Billion dollars as an example

While talking to graphic designers explain that while graphic or visual design has its place (and acknowledge it) your inputs on usability will only help their designs stand out more and be more effectively used as opposed to be just visual candy for users.

Can anyone assume what they know or do is important or interesting to others? Best to assume the opposite.

Satisfaction and rewards come after learning how to make websites that users Love AND your company more Profitable. 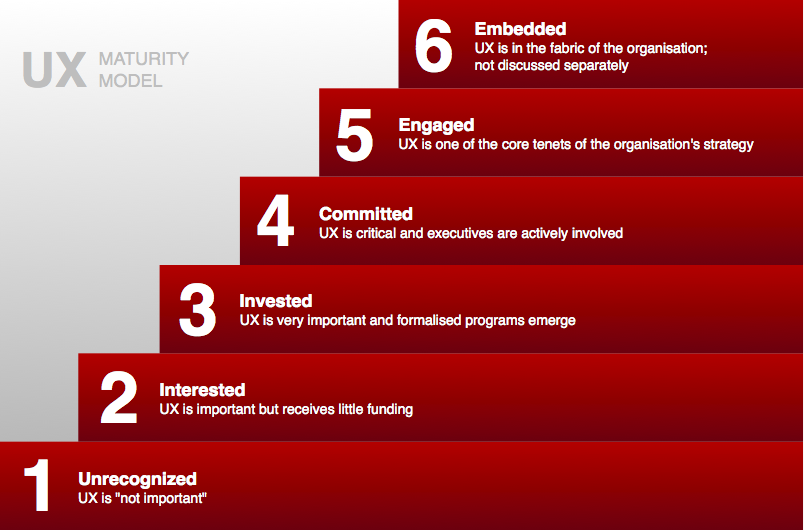 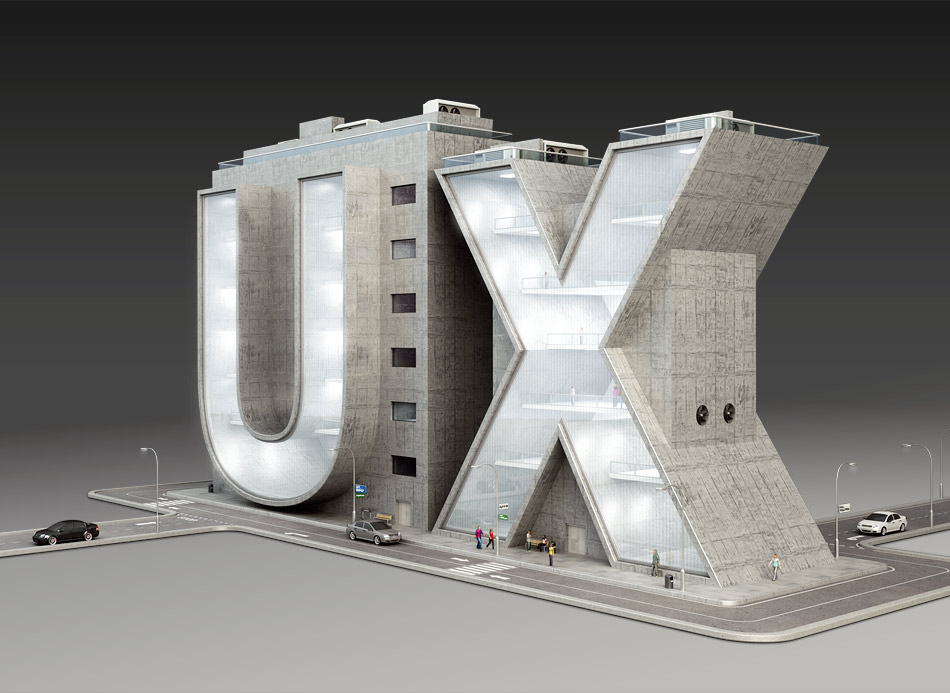 Other answers have credible points. In particular, get everyone involved. Early!

But here's a useful tip:

If you can use personas, then do so - not because personas are the be all and end all, but because they help everyone understand who they are designing for.

You maybe only need one persona - Bob.

Does this design work for Bob? Would Bob use this?

Keep Bob alive. Post him up on the wall and on the back of the bathroom door. Make the issue about Bob, not about you, not about anyone else. It will help deflect issues of antagonism and attitudes between people and teams and bring you together to work for Bob.

Since I am a Graphic Designer transitioning towards UX Design, I think I have some interesting insights with regard to this matter.

First of all, I've seen some answers talking about explaining them that UX is important. Good point, but we have to keep in mind one thing:

Graphic Designers already know that UX is important. They do not understand precisely why, because they don't have a solid background within this field. They find it very technical, that is why it kind of scares them and, since they won't put that effort into learning more about it, they will say it's boring, as a self-defense measure. Or else, they would think they could be considered too stupid for understanding UX principles.

In reality, the problem is somewhere in the middle. Generally speaking, you don't consider boring the things you understand. When you understand something, you want to find out more about it, especially when it propels towards your career.

However, UX practitioners have to admit that there's a certain terminological mess whithin their field, starting from the very definitions to the job roles themselves (some will say that titles like UX/UI Designer is an abuse, what's the difference between a Product Manager and a UX Designer, and so on).

There are little wars and fractions carried along the theoretical foundations of UX as a field, so when somebody new wants to discover what UX is all about, that person discovers a battlefield. Because the Graphic Designer won't understand much, s/he will blame herself/himself as not being capable. Instead of admiting this anxiety, s/he will say:

Returning to the idea of explaining them that UX is important... What we should actually do is make them understand from one look, so they can gain confidence.

Even if you are a well-versed UX professional, consider that you are not a teacher, so you might explain things a bit wrong, which is enough to make someone lose interest because of the sensible context.

You have to plan your way towards your Graphic Designer, but fortunately there are many resources out there which can help by explaining UX in relation with Graphic Design.

Even so, it might not work. Human motivation is complex. For example, somebody might understand very well the web-flow difficulties which appear when loading that animation, but might not care. Maybe the only thing that matters for them is adding that animation to their portfolio at all costs. I'm just saying that this could happen as well, so it's not something pertaining to being a Graphic Designer. It's something pertaining to being human and having your own hidden motivations. Lots of possibilities...

Boring or not, it should interest them because it's a big part of a graphic designer's job. Their designs need to serve a purpose, and if the UX is bad they have failed to meet their goals.

It's certainly possible to have a beautiful design with good UX. Perhaps you are coming in too late in the process. Or maybe relate it to ROI (also boring) or something?

I can't make someone think UX work is interesting. But you can explain why it is important. Jacob Neilson, because he makes money from training Usability experts, has a lot of great articles on why web design isn't like print design, on the conflict between creativity and usability, and the business value (ROI) of usability. I am not sure how you can make it fun for them, but it's quite possible to stress the importance and value.

Bah, Nielsen is boring. He writes a good game, but doesn't post a single picture to show you anything, which makes him almost worthless.

Following the user-centered design mantra, put users at the center of your focal point.

Harmony between design and development entirely geared toward exceeding user expectations is always the best way to go.

Try to avoid seeing peers as "us" or "them", it only breeds ill will, and does not promote sharing and flow. You are all on the same team. Act it.

While I do agree with the two top answers, I'm reading this as you said it and what you are saying — it's your feeling.

Could it be that they don't find UX boring as much as you feel self-conscious about UX "dryness" and scientific-like approach yourself, or both?

If yes, I guess many answers here are on point in explaining the value of UX, but also — there is nothing wrong in being good at science and being fascinated by rational behind human behavior. If you didn't have these qualities, it would be hard for you to do your job.

I'm late to the fair, and this is in a way not truly an answer, but it speaks to the problem and is too big for a comment.

Back when I was doing commercial art for my living, my work's first win in professional competition was in food packaging. It wasn't first place, but I was told that that didn't matter, because the first-place winner, and sometimes second-place too, were always won by ad agencies who had no conception of how to package food. And because of that, their winning design would, quite often, actually kill their customer's product!

The job of a commercial artist today is the same as it's been since the 14th century: serve the client. If that means forgoing the award to get a better practical result for the client, the only ethical thing to do is forgo the award or find a different kind of work.

9
What are the first steps for growing UX operations in an agency?

7
How to understand UI design's relationship with or separation from graphic design?
46
How to work with visual designers who treat wireframes as literal graphic suggestions?
26
How far should UX venture in graphic design territory?