Mirror top navigation order between left to right-languages and right to left-languages?

When moving from "left to right"-languages (LTR) to "right to left"-languages (RTL) the top navigation menu language change accordingly. However the navigation order does not change. It is still in the same reading order as the site was first developed. This means that the nominal order of top navigation is reversed on RTL sites where the most important top menu item is placed last.

To solve this one can always develop a mirror site (!) for RTL sites where the most important top navigation item is placed to the right. But from the frameworks I know and work with, this comes with a substantial cost. However, from a usability perspective this should be done.

Should we mirror top navigation order between left to right-languages and right to left-languages?

If I'm not mistaken, in RTL languages the native speakers are used to "take documents in" from right to left all their lives. We can't really imagine that, but to them it's as normal as we instinctively scan documents from left to right. I would say that mirrorring the entire site is a really good idea if you can afford it.

But one would also have the thought that, if the .com internet is generally LTR, even RTL people may be very accustomed to take websites in LTR. Would it maybe feel strange again if they suddenly have to take in a website RTL?

On the other hand, when having the logical order LTR, but every seperate word RTL, you make RTL visitors really hop around when they have to read, I don't know really how to explain but I'll try to draw it...

"This is the logical structure" (imagine every word reads rtl)

"structure logical the is this"

Continuing my search on the answer to this question, I looked at two web sites that are multinational by nature: Wikipedia and the United Nations.

I used Chrome web browser to get a translation of each site I visited, both in English and two major right to left-languages; Farsi and Arabic. 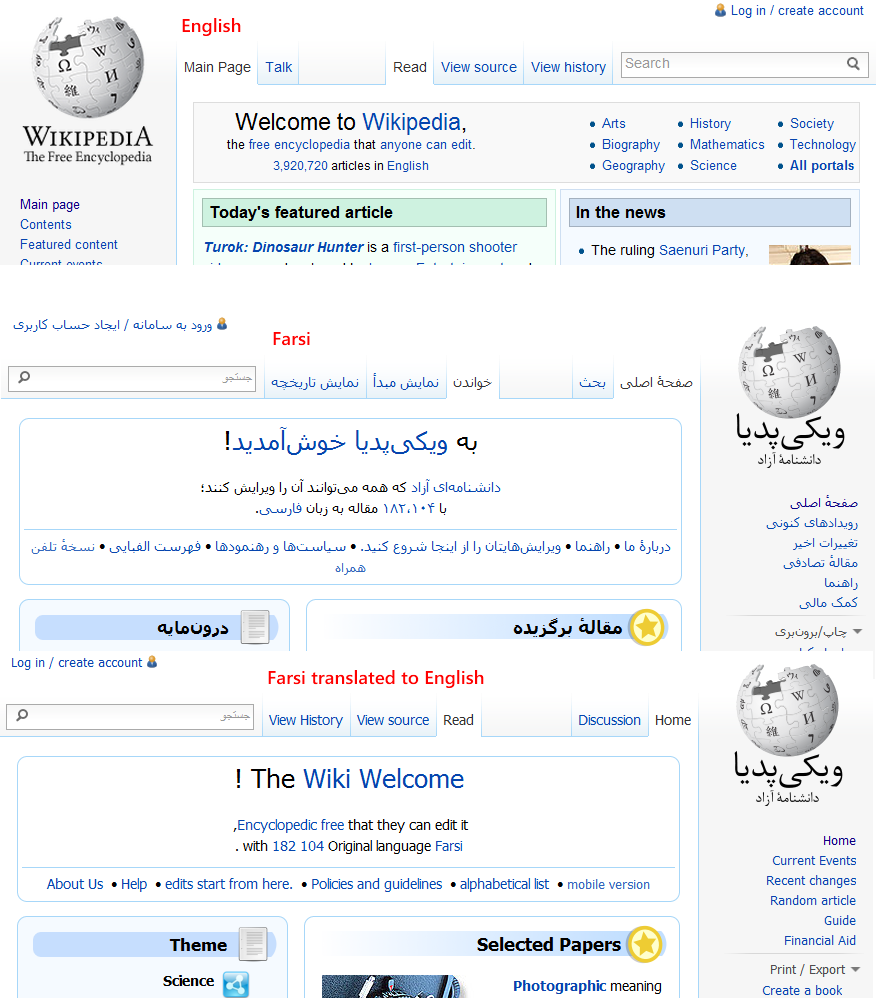 The same pattern is used on the United Nations web site (Arabic|English) where the top navigation is in exact order of the LTR and RTL languages order. The most important navigation item comes first of your reading order. As an interesting side effect of this I found that even the video player arrow is reversed on the Arabic web site. 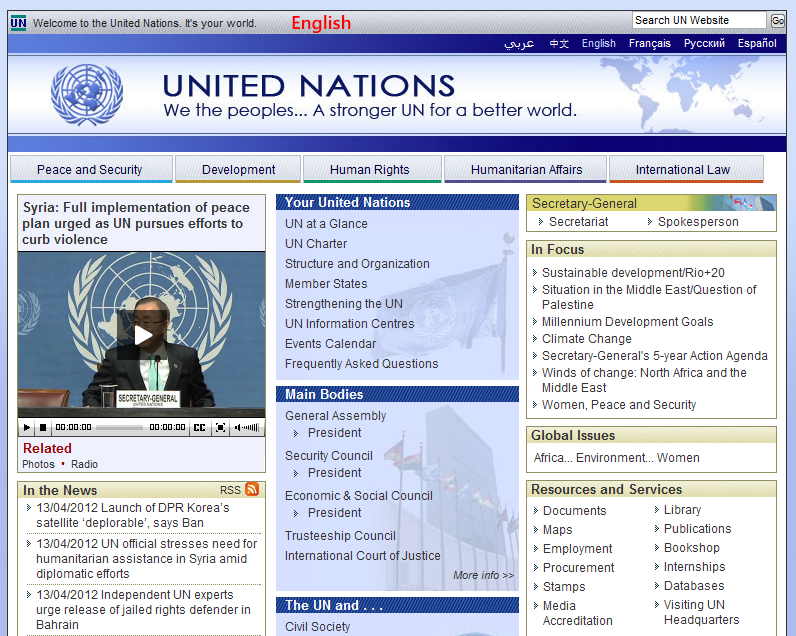 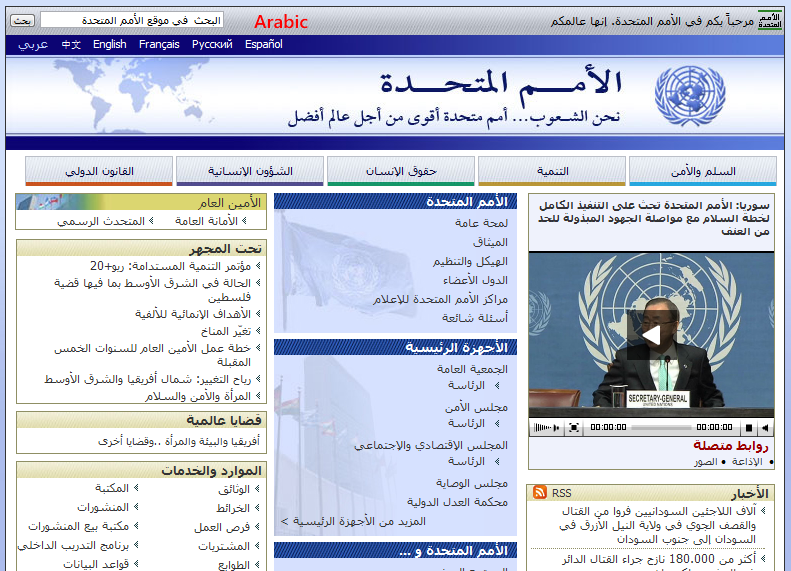 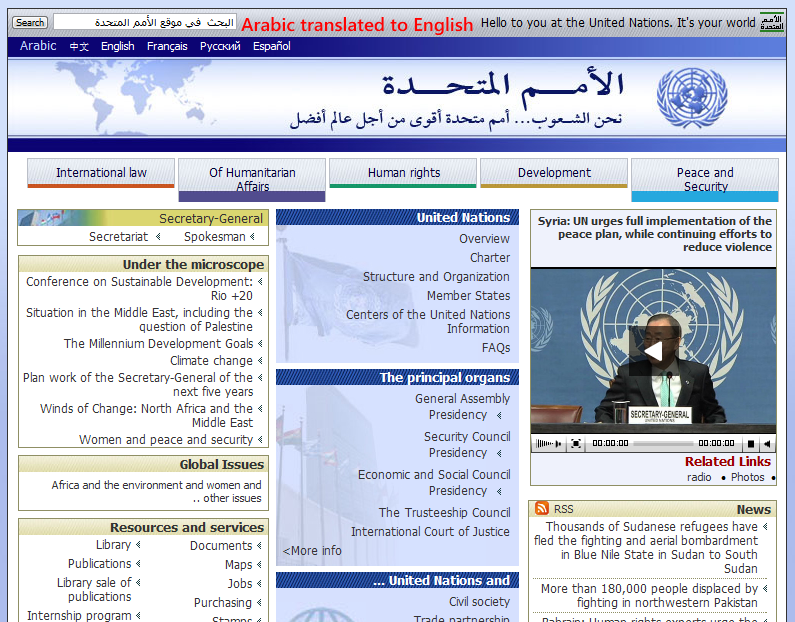 To summarize the answer to the question is Yes, the entire site - including the top navigation should be mirrored.

Not the answer you're looking for? Browse other questions tagged navigation language or ask your own question.

10
Are there any resources about connotations related to visual elements from a cultural perspective?

9
Placement of a Change language button
3
Does navigation menu have to mirror the actual page structure in my site?
1
Left to Right Navigation
14
UX principles for multilanguage websites?
3
Right to left languages - list of language options
14
Why don't we use Left navigation for website?
4
Countries vs. Languages - changes in phases
5
Should ordering of elements in a bottom navigation change when the language is right to left?
2
Is it fine to offer a left and a right navigation at the same time, when I have several menu items?
3
Is reversing the menu order on mobile navigation a good idea?