Are there fixed names for patterns being used by Facebook, Android Market(famous apps)

Is there a fixed name for pattern like Facebook's current sliding dashboard style pattern, or the swiping tabs in Android Market 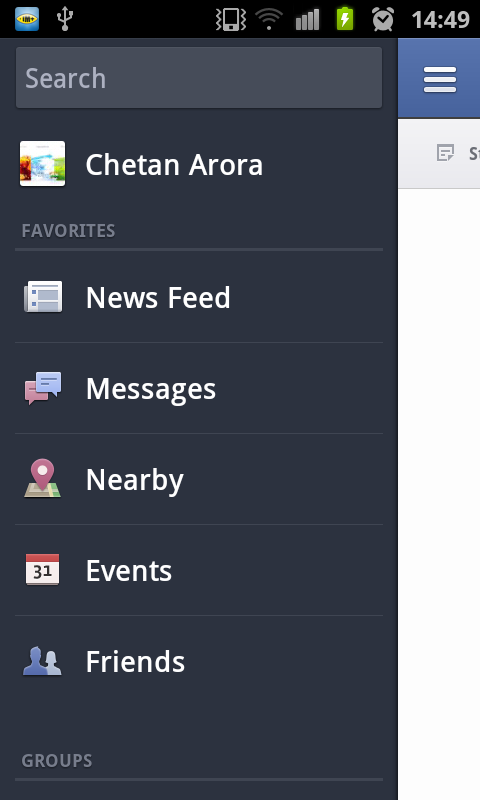 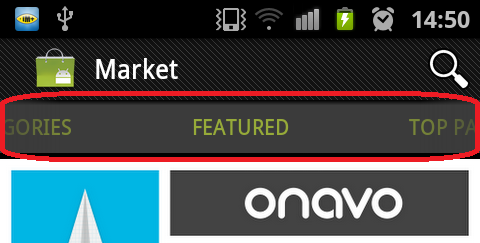 The bright example of carousel element is switching of albums in iPod. Sliding tabs is an example of the widespread tabs adapted under management by gestures for touch devices. The difference between them consists in initial appointment & gestures. Carousel navigation element was used for a navigation/choice of a concrete element, while tabs for navigation for groups of elements. It is underlined in a difference of gestures for focus: Slide for Carousel vs. Slide & Tap for focus tab.

It usually used together with the visual menu: same as Page indicators or layout indicators for multi direction scrolling. Good practice considers the fixed arrangement of an element of management, for example at a scrolling in extreme left placing you always will find search in Apple devices.

15
How to structure Android app navigation with many levels?
6
Lateral Navigation with swipe views and tabs together with mapview
8
Navigating between tabs in an android app
2
Require Android UI patterns for making a choice between Camera and Gallery
0
Page slide in/out transition for android/iOS apps
1
Patterns for a wizard inside an Android tablet/phone app
1
Android app filtering UX problem - How to combine tab filters with date filters?
3
Why isn't it common to swipe between top-level views when we use a bottom navigation?
3
Swipe for Action: iOS vs Android