In a grid, how to display long column headers

When displaying data in a grid (each row contains a record, each column a different record field), vertical space need is easily solved with scrolling or paging.

We are usually sooner missing horizontal space as the number of columns or column data becomes large. This topic is already discussed here: How to display too much data and this is not the point of my question.

Some columns have data that occupy a little space (a check box, a date or an icon), but their header label is long. The result is that the column becomes wide because of the header, not the data, with an obvious loss of horizontal space.

There are some simple solutions:

There are cases when none of these solutions can be applied, keeping a clear and easy to understand UI at the same time. What are your solutions?

The most widely used approach that I've seen is to use an ellipsis to indicate that there is more text, like this:

You can then provide a tooltip on hover to show the user the complete name. On Mac OS, Apple tries to condense the text as a first step. They do it by reducing the space between letters and words. The idea is to show you as many characters as possible before adding the ellipsis as a last resort.

I've seen another, far more elegant approach in an app somewhere where they fade the last displayable letters. I can't recall the app's name, but it looked like this:

This is obviously more work, but it sure looks more modern and classier. I'm surprised that it hasn't become a standard feature of Mac OS yet. Speaking of, Apple does use fading in Spotlight to show you a long file path: 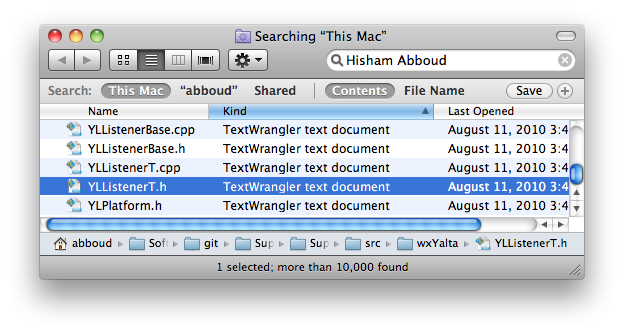 In addition to the faded file path, see the file "YLListenerBase.cpp": you can see that it's condensed if you compare it to its .h file. The file path with the fading effect is at the bottom of the window.

I think I suggested this in a comment in the other question, but to recap... I would suggest icons when the icon can accurately describe the columns meaning.

E.g. if you have a column that will only contain a single character (e.g. Y/N/?, or 0/1/2/3/? or T/F) if you can use an icon or abbreviated text in the header you may be able to greatly reduce the column width. e.g. if you have a "Number" column, using "#" instead will save some space.

Your list is pretty exhaustive. There isn’t much else you can do but pick whatever is best for your situation.

Remember there is no law against horizontal scrolling in a grid. Users have been doing it for years with spreadsheets.

Why not use a stacked 'cloud' above the column hears? If they're really that important to have long, go crazy:

Some good solutions already mentioned. Here but another to consider: Use color, number or letter identifiers for the column and a legend. 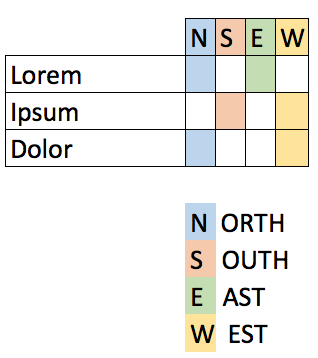 Not the answer you're looking for? Browse other questions tagged layout tables grid overflow or ask your own question.

0
What is maximum length of the title in Data Table? Not column header
229
How To Display Too Much Data
1
Inserting a long word in a limited header space
0
Wrap or truncate long tabular data?

229
How To Display Too Much Data
57
How should large table columns be handled on a responsive design?
14
Method of showing that a row has been edited and will be changed upon "Save"
6
Aligning text data in a grid
3
How to launch an additional info popup from a set of cells in a grid
1
Data Display of Tables: Table Cells with Must-See Values
11
Best practice for truncating similar titles in data grid?
1
Responsive feature comparison layout / grid
2
Guidelines on introducing a legend to data tables
0
When to use paging on a grid