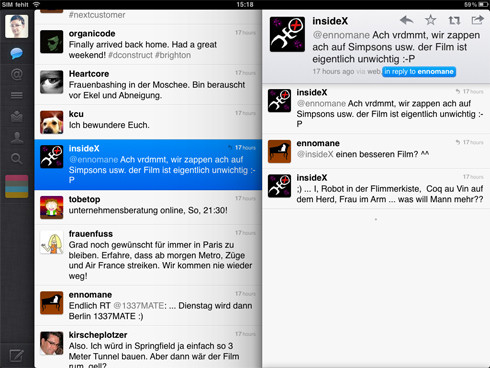 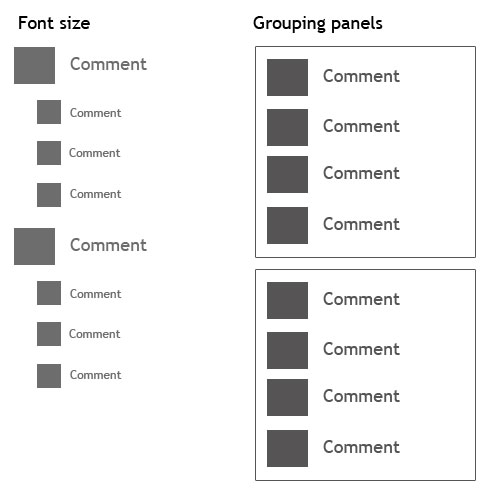 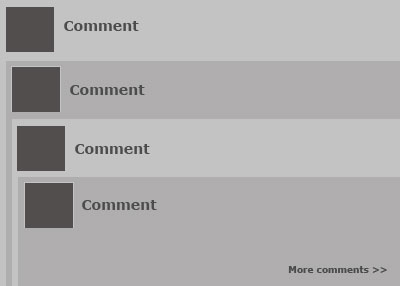 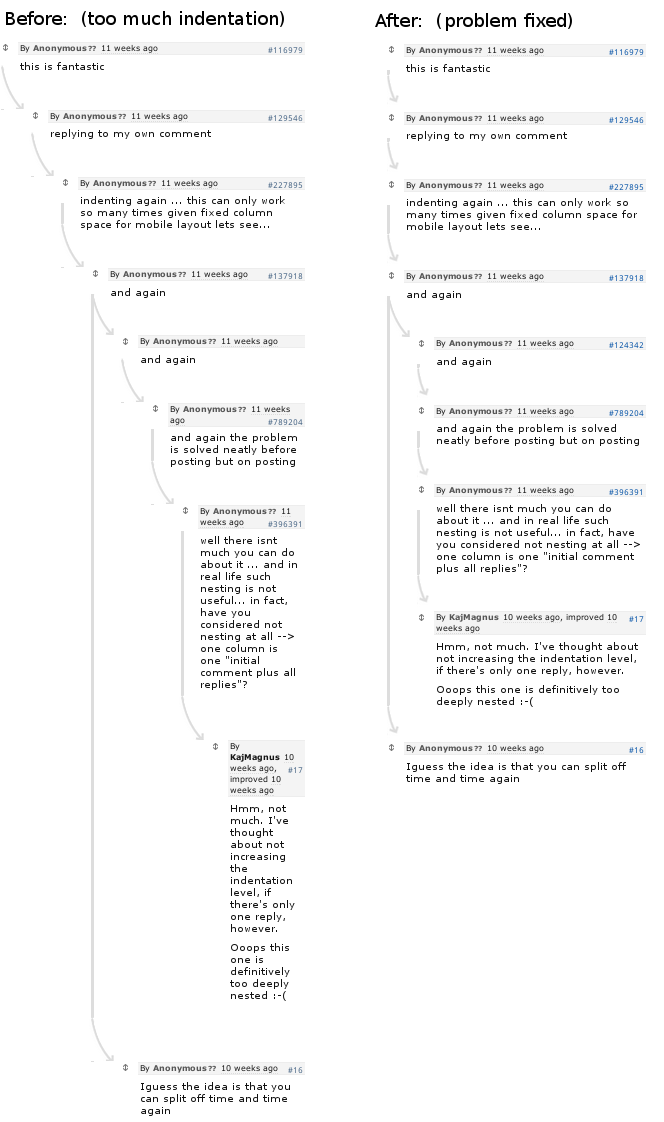 I'd like to offer another suggestion: Use indented tree, but let the user customize the indentation level, and allow them to set the visual cue for it.

The following leftmost tree doesn't fit the screen boundaries. Hence, the user shifts it once (middle tree) then again (rightmost tree), using different colors (which can be set by the user) to visually cue the nesting level:

Another option I had in mind (which I like less) is to use guiding lines, so that when a shift is performed, the leftmost guiding line becomes dashed, and each nesting level is enumerated with regards to the root:

Any suggestions for improvement are welcome.