Why are software EULAs typically displayed in a tiny non-adjustable box with lots of scrolling?

From my experience whenever I have to install a piece of software I'm presented an end-user license agreement (EULA) in the following way: 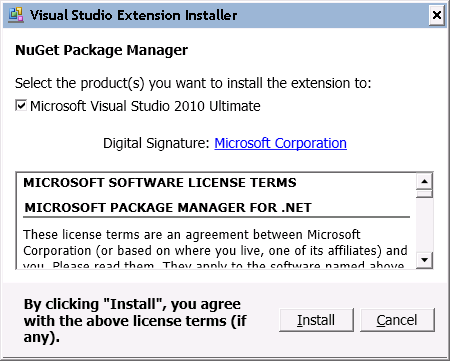 Specifically the EULA is a long text in legalese and I actually need to read that text - it governs under which conditions I can use the software. That long text is squeezed into a tiny textbox that is located on a windows with a non-adjustable border so I can't make the window larger and have a larger textbox - I have to either copy-paste the EULA into another program and read it there or read all the text through this tiny gun port.

Is there any reason behind this widely adopted and often replicated design?

That's usually a term used in Real Estate, but the general idea is that the Home (or in this case, the EULA box) is obsolete, but still functional.

For example, there are many better ways to provide an EULA interface, but over the years nobody wanted to take the time to enhance the EULA part of software registration or installation, especially since they know most people aren't going to take the time to read the entire thing. I mean, how many times do you read the iTunes EULA when you are updating to a new version?

Basically, it's become the defacto standard and nobody wants to put any effort into changing something people will only deal with one time.

The basic reason is because lots of EULA's are pretty huge and companies dont want users to spend time looking over the legal details of the application and just get down to it.

Further more as ChrisF said,most users dont bother to spend the time reading it and just want to get down to working with the application ,Here is an interesting article about PC Pitstop which offered $1000 to the first person who read their EULA in full and sent an email to an address in it.

Apparently it took four months before someone sent in an email

One of the reasons for putting this in a tiny box is because it is typically displayed in a window which is part of an installation process or install wizard. These dialog are always the same size and rather small. It would be weird to make an exception for the EULA windows as it would draw too much attention to it.

Let's face it. Even if these things would be physically easier to read, that would only make it harder as the legal blah-blah cannot be understood by Average Joe anyway.

Ps.: Some of those dialogs offer an option to print out the EULA, which offers in fact the best option to be able to physically read that stuff.

This convention probably originated in the days when 1. self-resizing windows were nonexistent and 2. people had tiny monitors. Making the EULA box bigger would mean the entire window would have to be bigger, which would waste space during the rest of the installer's steps.

I was once told (not sure this is true) that it was because you could then prove that the user had scrolled all the way to the bottom of the text which would "prove" that the user had read it! I am not totally convinced by this argument, but there was some Windows software which used to require you to scroll to the bottom before letting you accept the EULA.

Because it's difficult to fit most EULAs on one screen.

It's worth considering that the tide is changing in some quarters. Google has recently changed the way they present their terms of use and privacy policy, aiming to simplify language used (e.g. removing legalese).

Not the answer you're looking for? Browse other questions tagged text modal-dialog legibility or ask your own question.

47
If nobody reads Privacy Policies or Terms and Conditions, why not change them?
2
Why is the user experience of licence agreements always so terrible?

6
Why are news sites articles one big block of text instead of broken down with subheaders?