I'm looking for some fonts that read well vertically. By vertically I mean text that runs at a right angle or perpendicular to the normal left to right. Like the words highlighted in yellow in this image: 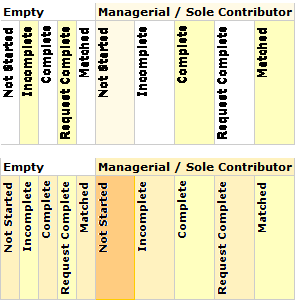 The font should be free to use and in a format in which I could add it to an iPhone app which I'm developing.

To clarify, the sample image I have used has nothing to do with my app. It was just a way to illustrate what I mean. So, yes, the font is aliased and is ugly, but it's not what I'm using, so no need to try to improve that.

And I know the iPhone can be easily turned vertically, but my application's main content is viewed horizontally with some text being placed vertically. In other words it will be mixed content that should have vertically running text that is easily readable.

I can't provide a definitive answer, but I can provide a little logic.

When viewing vertical text, you are essentially viewing normal text in an unusual situation, so in order to ease the situation it seems like a good idea to remove typographical cues that make reading in an awkward situation even harder.

So sans-serif would be a logic first step to removing intricacies and... well...serifs.

However, you should also consider any straight edges at the ends of strokes - these also make oddly oriented text look more different - but if you used a rounded font, the rotational effect is less obvious at the ends of the strokes - essentially because circles look the same at all rotations.

Luke Wrobleski did a poll (July 2010) of peoples's favourite rounded sans-serif fonts and Gotham Rounded and VAG Rounded were easily the most popular.

For the above reasons, and barring someone else finding research to the contrary, I would seriously consider one of those two.

Here is a vertical rendering of the first three from Luke's article above. 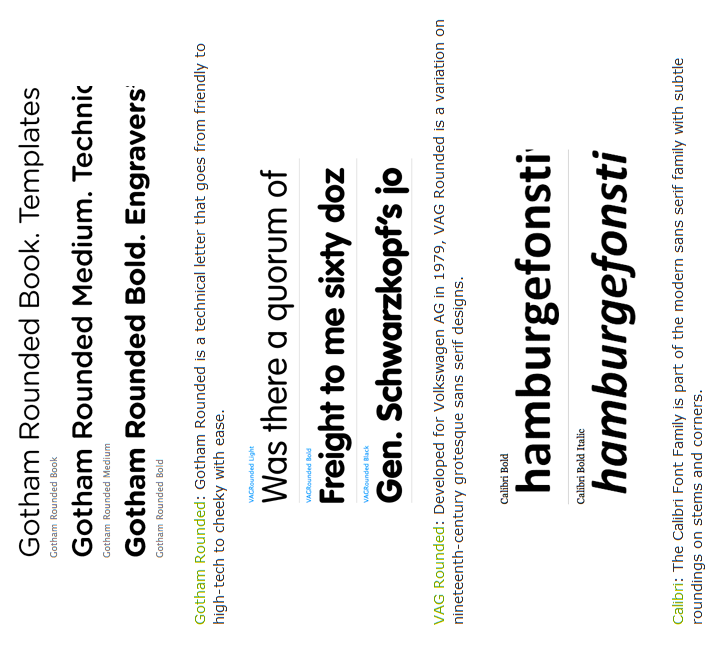 Very interesting question, and it touches some core "low-level" typography principles. So here is an informal insight from what I've learned from own experience. 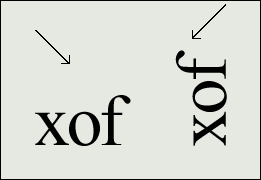 Serifs are also subject to this 'sight orientation dependency', since they are part of the glyphs and similar principles apply.

So here are two possible way-outs:

a) Simple way: use a sans-serif font with constant stroke width.

b) Harder way: develop or find a font which is initially developed with that in mind, namely where strokes width, (for horizontal direction), are thickier in perpendicular direction (north-west to south-east) so when you put it vertically, they will be thicker again in correct direction. And respectively the serifs which are made specially for vertical text.

Again, quite unexplainable thing, I have noticed that same glyphs, when put vertically can be read easier when one squishes them, i.e. a narrow font variation will be better readable in vertical orientation.

Here is one related optical illusion: 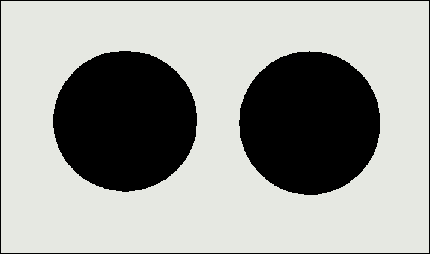 In other words, if one watches a movie which is stretched horizontally by, say 105% and then watches the same movie stretched vertically by same 105%, then one more probably notices this defect in the second case.

This means, a highly proportional font, like e.g. Perpetua, will be bad choice for vertical orientation, but if made narrower, will work better.

So, as a very simple solution, I would take a narrow sans-serif font with constant stroke width.
To solve this the hard way, one should develop a font which takes the orientation in account, or try to find such a font (I never heard of such, would be exciting to find one).

This is really more of a visual design and branding question/preference than a true UX issue. Your provided example suffers more from being heavily aliased or distorted than it does from any flaws with the typeface itself. You'd never experience distortion like that with live text in iOS.

If you're in doubt, why not use Helvetica Neue, the default font for iOS 5? For mockups you can use Helvetica or even Arial if you'd don't own Neue. 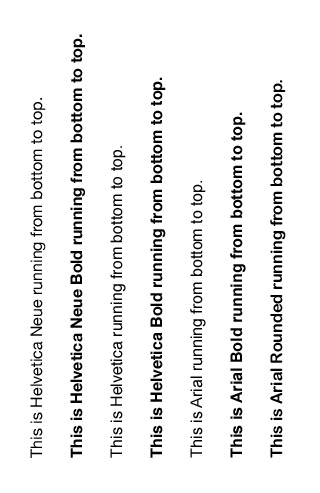 If you gave someone an iPhone with a font typeface displayed vertically. The user is just going to flip the phone and read it, then go back to what they were doing

So I wouldn't worry about what font you use. Although the answer above has giving you a good starting point on your search.

If it was on a computer or laptop I would be more concerned.

17
What fonts are good and which ones should we avoid for our application's UI?
10
Number of Fonts per Design
1
Criteria for choosing fonts for a tree in a utility that everyone likes and can read?
6
Easiest to read fonts
8
Load Fonts First or Last?
2
Name for Monospace vs Proportional fonts?
198
Why do movie posters use credit fonts that are hard to read?
3
How to use Noto fonts (Google fonts) for desktop web use?