We all know there are very good interfaces out there, some of which we use everyday: 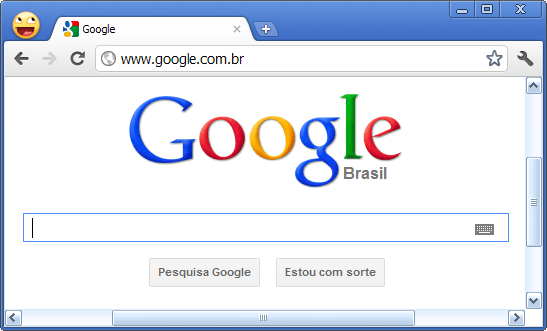 And now and then some make our eyes bleed: 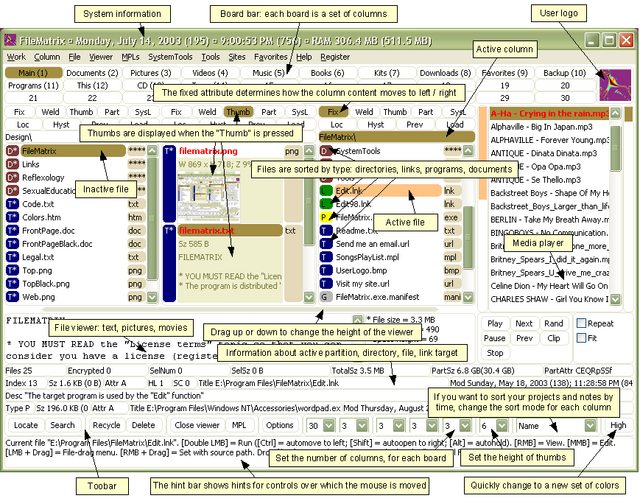 And despite (or maybe in behalf of) how many "store inventory applications" people do on programming courses, if you ever see one, it's more or less precisely like this: 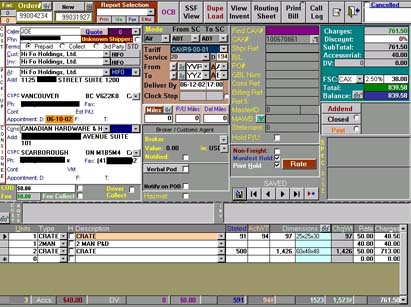 Now my question is:

Why wouldn't you make a simple, clean and minimalistic user interface?
Is there any reason besides utter design incompetence or due-yesterday deadlines?

What I want to know is if there is actually a corporate preference towards complicated interfaces.

I mean, maybe there is!
Maybe by mastering such a dinosaur proves a company their employees are very serious about their jobs.

I've asked the local librarian, the construction store guy, etc. and they all hate the interfaces of the software they use. I'd never think of making such an interface (it doesn't take much magic pixie dust to group related functionality on toolbars, so that the user can at least opt-out of some "features").

So in all seriousness, is there any real, conscious, sober motivation behind complicated (cf: complex, as in e.g., MS Office Word or Photoshop) user interfaces?

Some of the UI's highlighted by the question are just plain crap and we probably all agree with such.

In terms of the question of "is there a justifiable reason to a complex UI?", the answer is yes but it all depends on the feedback from the user.

One personal example I have on this was when I was trying to make a simpler interface for a call center application. If you've ever seen call center applications, they are complex and convoluted UIs with a ton of information. I tried to simplify it both from a work flow and task perspectives. During testing, I focused on 2 primary sources of feedback - end user comments and responses, and call stat metrics. For the business, if calls were lasting longer than the old UI, then the new interface was a failure since every call answered is money to the busy.

So long story short - it depends on the end users; however, the cases where complexity is used is rare and should only be done if the end users need/want such.

The complexity of an interface is directly proportional to the complexity the interactions the user has with the system.

Complicated —or complex— UIs come from a system that provides a wide range of functionalities to the user, and each of this functionalities are achivied in a complex way. The more options the user has, the more controls will have the interface. (For example, MS Excel.)

Besides being complex or not, a UI can simply be badly designed. Bad UIs often appear in applications that don't follow a user-centered design, and instead developers have thrown in the UI elements as the functionalities come. (For example the last two screens in the question.)

Here is an extract from GUI Structural Metrics [PDF] on complexity:

Some interface complexity metrics (...) include:

By minimizing these variables we get simpler interfaces.

I just can tell about my personal experience, how complicated and overcrowded interfaces arise:

Its because programers or engineers just start coding put brick to brick and add for each functional part of the code, where they need user input, a control on the surface. Developers think from perspective of functionality, fight a bug to next one, add some functions here and there, but don't care about the user, layout or consistency of the UI. Which is actually not their job at all.

Give me a UI and I can tell you if a developer or an engineer has coded it. You even see the difference in words and labels they use. (Attention the following is polemic)

To put your question other way round: Why do we put such an emphasis on good interfaces nowadays? The need to make software usable, understandable and trustworthy was already given 20 years ago, but there was no business need to invest money in good Interfaces.

I think people nowadays just see the importance of good interfaces, mainly because of two reasons:

Thus, to make your software more compelling and worthy than the one of your competitor, most companies invest in Interface Design and User Experience. Its not about functionality anymore, but usability.

So, my answer would be the motivation is money.

Interfaces should be as complex has the use case requires.

Keep in mind your examples were of-

There are such things are good complicated designs and bad minimal designs.

The number one reason for a complicated looking interface is to have options right there. To users UI elements equal the system capabilities. If they don't see an option most of them won't know that there's a capability.

Google lets you search for say "pages changed in recent two days" but you don't have UI elements for that on the front page - you have to first execute the search and only then you'll have those options on the left of the result set. Yes, there are perhaps (I'm not sure) ways to specify the same right in the search query string, but not many users will remember that and most will rely on the visibly UI elements.

Now Google designers decided that those options are not that essential to be shown on the front page. It's their choice and the result is very neat minimalistic UI with a bit reduced visible functionality. Not many companies allow such design at such expense and not every design can be done like this.

I'm of the opinion that interfaces like the last two pictures come about because the programmer does not care about UI, but just get'R done mentality. Plus there may be more than one programmer, and they do not discuss the UI with each other. Which is what the corporate and even small business world encourages. I have a supervisor that is always about cutting down our time estimates (he calls it "challenging us") for a job, and says not to spend too much time on something, come up with a quick solution and go back and fix it later. Of course later never comes, because you have another tight dead-line that follows.

For developing internal apps, the situation is even worse, because now the programmer feels that since only the people in the company will see it, they really do NOT have to care about how it looks or the UX. Or how user-friendly it will be.

Bosses at my past jobs do NOT care to spend time on making something look good, as that will increase the deadline. They care more about getting it to the client as fast as possible, so they look good. Teams I've worked on do NOT allocate time for UI design, and most teams I worked on in the past did not even have a designer. Plus they never listen to the people who actually have to use that UI from day to day.

Not completely the case at my current job. We have a designer here, whom will also be used to help with UI design on our internal apps. Which makes a big difference. Our ever so useful internal application will now have a designer working on the interface, and I'm the UI guy so I will implement it, and let the programmers worry about the programming.

So this is the team now:

If we all work in our perspective areas without stepping on each others toes, we'll get the job done. Hopefully on time, as there is a lot of coordination that will go in there too. Plus everyone needs to be on the same page as well, so spec documents have to be updated and each member needs to have the latest. Without these elements good UI will be left in the hands of the programmer, which usually does NOT turn out so well.

A lot of folks are blaming developers, but that's rarely the case. Developers care much about good design as anyone. However, in many corporate settings, they aren't given that ability to care. And, in fact, are often discouraged from doing so.

It's often a failing of various project processes:

A good process will lead to a good UI. Too many places are still using very bad processes, sadly.

I'd say it's all because of bad or non-existent user research. Clutter nearly always means the lack of prioritization and you can't prioritize when you don't know what's important. Once you have a solid user behavior study, you know which controls need to be visible at all times and which can be hidden most of the time.

Not the answer you're looking for? Browse other questions tagged gui-design simplicity or ask your own question.

390
What explains the current shift from glossy UIs to matte UIs?
5
Are UML class diagrams necessary for designing UIs?
0
How to handle complicated monthly repeat options
0
Are hover features more discoverable in simple desktop web UIs?
1
Is there a good reason for the modern trend of removing dividing lines?