Including the browser's UI in a web design portfolio's screenshot?

An example showing the browser's interface: 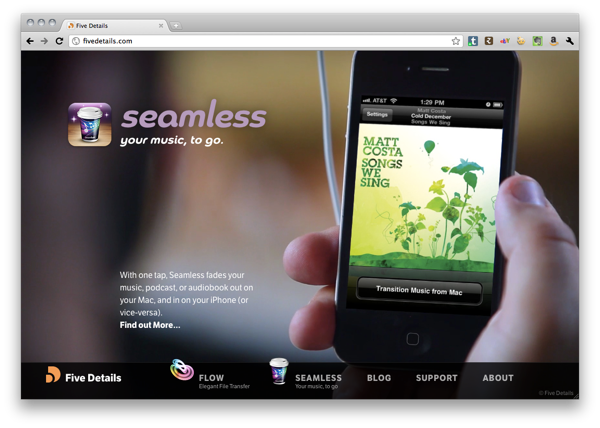 I'm not sure if it is to improve the visualization of the work or it is just a aesthetic thing.

I would not generally include the chrome, because it introduces unnecessary clutter - including such as in your example, details like other bookmarks, address bar and operating system specifics that detract from the overall context which is the content you intend to show off.

The amazon, bitly, eBay, tumblr and other bookmark icons are surplus to requirements, and although the address bar itself can initially seem useful as a way to incorporate (and convey) the URL of the page in question, that doesn't necessarily remain a constant for as long as the image is around.

My initial reaction to the first image provided is - oh - they're using an Apple OS, rather than thoughts about the content itself.

Another reason not to include the chrome is that on some platforms the background is semi transparent, showing fuzzy representations of the desktop background, and would look awful if captured and displayed out of context. The same goes for browsers with the ability to customise the skin, such as with FireFox.

Otherwise, typically the chrome is just a plain old gray which is intended not to clash with any website content, but as a result does nothing to really show off a website either. Removing the chrome allows you to set off the website against a suitable background, be that black, white or anything else appropriate.

If you look at nearly all the results of Google Images search for 'web design portfolio', or you look at books like the Web Designers Idea Book, or the Taschen Icons series, there's no browser chrome ruining the views.

In this particular case, screenshots excluding the browser are fine.

We may include the browser when
- a context is expressly needed or desirable
- a particular browser is referenced, recommended, etc.,
- part of the browser features (say, the address bar) is referenced
- the UI has a white background without border - use the browser to frame it
- to clearly distinguish the image as a screenshot (and not a print, etc.)

There could be more reasons. Your one page on a white background without a border still looks OK to me, that could be an exception.

This is an aesthetic choice (which can affect UX, but isn't really a UX issue per se). However, the first thing you notice with your examples (even though the designs are so different as to make for an uneven comparison) is that the first one is neatly bordered. The first one also jumps out as a web design screenshot, rather than potentially a brochure design, book/magazine page layout, or something else.

It's a neat and clean way to provide context as well as present the URL of the webpage (though it would be preferable if the first image could be blown up on selection to make the address bar easier to see).

If I were presenting a mockup to a client, I wouldn't frame it in a browser window, but I think including it in a portfolio works for a lot of minimalist designs. But definitely choose the browser carefully, as some look better than others. I would also clean up the browser chrome and get rid things like bookmark shortcuts or 3rd-party toolbars.

The only downside I can think of is that certain people have strong biases against certain OSes and browsers, but in the grand scheme of things, I don't think it really matters. But you can always avoid IE just to be safe.

My advice is to choose the option that fits best with your portfolio design. It's ultimately an aesthetic decision after all.

Not the answer you're looking for? Browse other questions tagged website-design portfolio or ask your own question.

3
Using mobile design elements for standard web pages?
4
Building an UX design portfolio?
10
What are some good patterns for displaying large lists on the web?
19
How to showcase UX work?
3
When is simplicity good in web design?
2
How to build web accessibility portfolio without any work experience?
2
Should you have a language switcher on a website or use the browser's language preference (or both)?
2
Skill charts in a portfolio - Not good “UX”?