I'm trying to figure out the best way to design an image gallery embedded in a lightbox. The gallery has thumbnail versions of each image in a carousel, and clicking a thumbnail brings that image into a medium-sized view above the carousel. The dimensions of the medium-sized image are constrained to be less than those of the viewport. Clicking that medium-sized image then expands the image to a large-sized version.

That large image is often larger than the viewport. This entails two problems:

I can think of two options to partially solve these problems:

Any ideas on how this problem could best be solved? Can others point to examples of how a similar display problem has been elegantly handled? While considering a solution, please keep in mind that the thumbnail-carousel and medium-sized image adjacent to the carousel are important elements to preserve.

layout image carousel viewport
share|improve this question
edited May 16 '12 at 10:37

There are many solutions out there. The best thing to do would be to put your thumbnail list on top in a very elegant manner. As a first example look at this image slider:

When you hover over the image you get another menu that will take you to the list of images to. Also in your case I would think about moving the thumbnails to the top instead of the bottom.

Another nice slider is:

Also in this one i would suggest to move the bottom menu on top maybe align it to the right.

As an overview of this problem, I really think that if your major functionality is to get high resolution images to the user, the best option to show a carousel is to place it on top.

Re-scale the images so they fit in the viewport (most lightbox galleries and carousels support this option, normally by default) and give an extra option to see the high-quality image in a new window/tab. 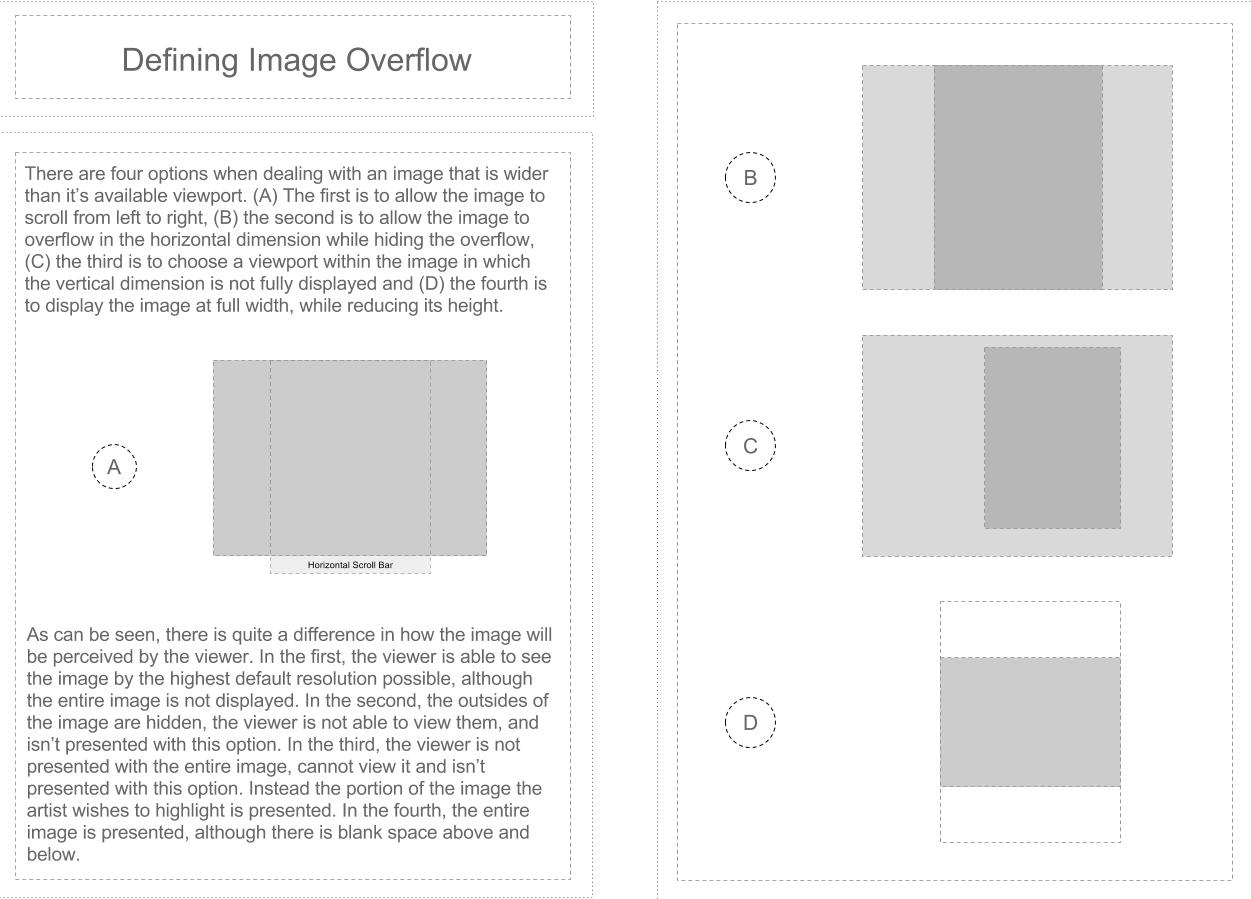 The image (above) presents four options for presenting an image that is larger than the viewport of the display. This is typically the case when viewing an image on tablet or a smartphone. While this doesn't present a solution, it is intended to provide a clear picture of the available options.

Not the answer you're looking for? Browse other questions tagged layout image carousel viewport or ask your own question.

2
Best organization option for handling a multi-level gallery or portfolio?
0
Lightbox larger than viewport data
8
How to best deal with many thumbnails in a product image gallery
2
Slideshow gallery vs plain images
2
Gallery Lightbox
2
Improve form design for more efficient editing/browsing through data
22
How to show user there's more photos behind a thumbnail image?
1
Handling image slider navigation with a lot of images
102
Get users to use the download button instead of right-click save