Where would you put the 'take' button on a touchscreen phone camera app?

Imagine a simple camera app for a touch screen phone. The app can't use any hardware buttons and needs no other controls than one button to take the picture.

Anyway - how would you place the button or trigger the photo to be taken?

I believe some iOS camera apps have that as an option. The drawback is that, at least on the iPhone, touching the viewfinder is how you set focus.

Maybe corners would be easy for fingers to locate when the screen isn't being looked at. But on some phones this might not be obvious by touch.

That might work. My gripe with defaut phone app on the iPhone is that my thumb has to do an akward bend/side-touch to reach the button at the bottom center of the screen. (I think the intent was that it'd be held with two hands, but many folks like to take one-hand shots)

Gestures might be a way to do away with a 'button', but might be slower to take the photo.

The concern with a gesture is that it'd be shaking the camera as you take the shot.

Multi-touch could be used. First touch primes the camera, second touch takes the photo? (this may be tricky if used single handed).

Using the accelerometer to take photos when the camera is shaken might solve my problems but probably won't result in user's that are happy with the results ;-)

There are apps that do this. I believe there's a delay after the shake.

how would you place the button or trigger the photo to be taken?

Honestly, I think one of the best option is a hardware button (something Apple recently did with the camera in OS5). In terms of one-handed shots or 'blind' shots, being able to figure by touch where the button is is ideal.

Beyond that, maybe use a combination of all the above options and let the user decide.

I would definitely go with a HUGE button in the bottom (middle). The primary function of the app is to Take picture, and you have to place the biggest emphasis on this. But meanwhile you want to see the picture as well, so I won't place a button in the middle of the screen.

It would be a nice extra feature, which could distinguish your app, if users would be able to customize the capture function for example: 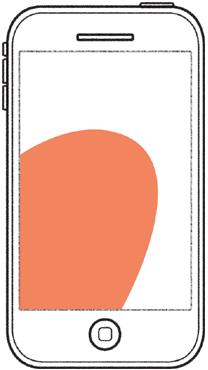 Maybe this article helps you to find the answer: Desinging iPhone Apps: The Rule of Thumb

Not the answer you're looking for? Browse other questions tagged mobile touch-screen or ask your own question.

6
Should I build camera functionality into a photo sharing app or let the user use the device camera app they would already be familiar with?
10
In a full screen mobile game where all corners are taken, where should I put a menu button?
1
Is "guessing" commonly implemented into mobile touch keyboards to avoid typos?
2
Where to put login field in a mobile app?
1
Where is the most optimal place to put a "Next" button in an app?
1
Where should I put (or should I use) a giant button?
2
Where to put a "contact us" button in iOS game/app
1
Options for manual camera controls on a phone app
8
How would you ask the user if their drawn signature is similar to the ID card sign?