Why do manufacturers of most small/medium refrigerators default the door to swing counter-clockwise?

Most people are right-handed, right hand is handy.

However, most small/medium refrigerator doors swing counter-clockwise (top view) by default. This forces you to move/arrange heavy things with your left hand.

Given that the majority of the population is right-handed, this makes things so inconvenient.

Even if you can change the rotation of the door on some large & expensive refrigerators, their factory setting are still default to counter-clockwise.

So why do refrigerator manufacturers prefer doors that swing counter-clockwise by default? 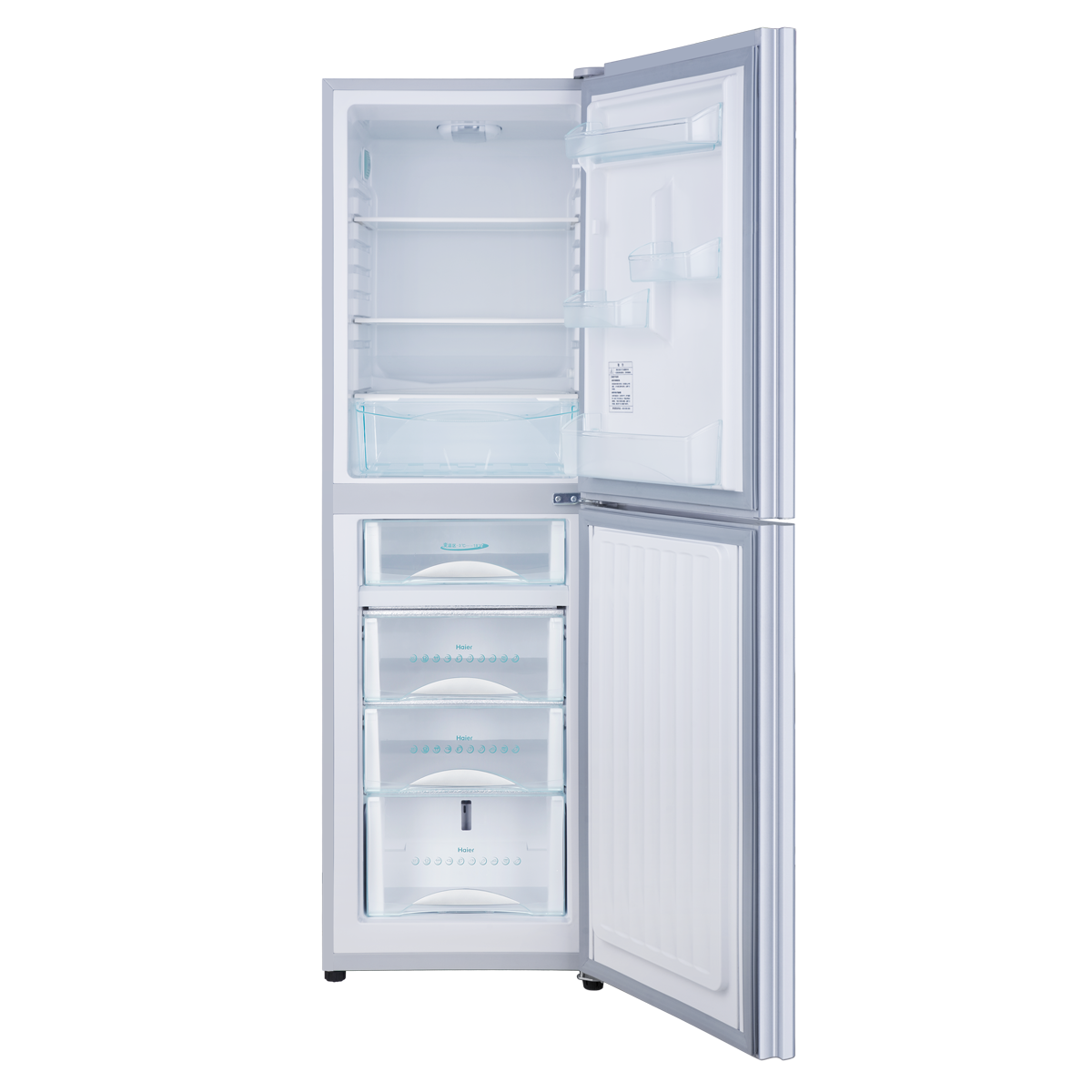 Grabbing a small item with your left hand wouldn't be all that hard. However, I highly doubt that anyone tries to move/lift a heavy item with one hand. In that case, irrespective of which direction the door swings open, you'd open it and then use both hands to lift the item.

You'll have to poll some major manufacturers of refrigerators.

I would guess at this point in in time (today's world) it has to do with what people are buying/demanding. Families, Apartment managers, companies, and anyone else with the need for a fridge.

I will also assume that you buy a refrigerator based on the configuration of where you will install it. Some spots require a refrigerator to open from the left-side, other the right, and still other it doesn't matter as there is enough space between it and other counters/appliances. Industrial freezers are the same way, and lets not forget fridges that open from the middle.

For example, I've rented apartments where the door opened with the right-hand and it blocked or hit something. My immediate thought was, why didn't they install a fridge that opened from the other side. I call them up and they say we can replace it, or we don't have any that open from the other side.

As the above has mentioned, I would have also assumed it's based on where you install it. Also, say if you're kitchen is to the right of your fridge, you'd want the fridge to open clock-wise for quicker access?

Contrary to some of the claims above, NOT ALL modern fridges have reversible doors and those that do often have very poorly executed designs. Here in the UK I have just bought a Hotpoint Fridge Freezer and with my kitchen layout it needed the doors to open the opposite way. I am a keen DIY'er (i've built my own house), but for a novice this would have been a big or at least an awkward job. Firstly they used Star screw bits (TORX)... but didn't include a free screwdriver (cheapskates). They marked but did not pre-drill the hinge mounts so a 3mm drill bit was required. then there was a requirement to fit spacers once the centre hinge was inverted, and then, both the top and bottom fascia plates had to be modified and a panel in the door swapped round as well as moving the door handles over. the only reference to swapping the door over was an exploded diagram (ikea style) on a loose A4 sheet. no manual, instructions or tool requirements so if you needed to get it up and running on the day it arrived then you better hope the shops are still open if you haven't got the tools !! Moral of the story GET THE DETAILS AT THE STORE- ASK THEM TO SHOW YOU WHATS INVOLVED. A decent independent dealer will do it for you unless its being drop shipped from a distributor of course. I understand that manufacturers cannot have both opening options as stock items but good design seems to be lacking even on an expensive model. mine cost £450GBP ($600 approx) so i'm not talking about a baseline budget model

15
Why do some cars have the fuel door on the passenger's side?
10
Why most of the microphones are placed on the left of headsets / headphones?