What is the difference between a user and an end-user?

What is the difference between a user and an end-user? 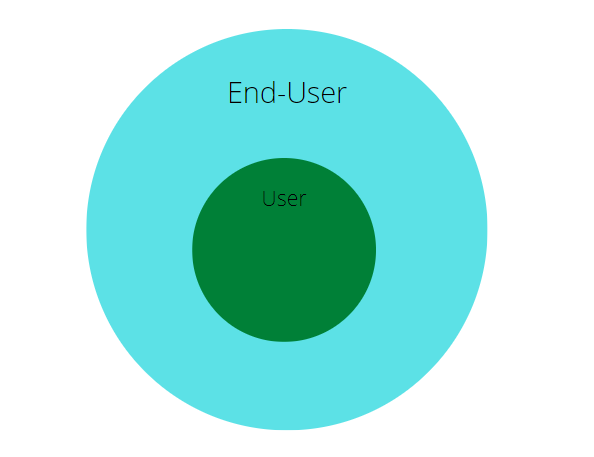 Regarding your second question, it is a well-known problem known as overlapping. I have written a rather detailed article on User Roles and UML overlapping on this topic (and made some other considerations), so I will not elaborate much, but quote only the part that is of interest for this question:

In his book on use cases Writing Effective Use Cases, Alistair Cokburn addresses roles in the Unified Modeling Language (UML) and defines the various parties involved in use cases as Actors.

(...) The system proposed by Cockburn is widely used in UX, but its clear systemic conception makes it very difficult for us to dialectically explain the different users and their roles.

Moreover, in UML roles are never connected, although this rule is often violated by the overlapping process. Clearly, a system in which rule violation is the norm is not very consistent or precise.

(...) Let us take a simple example: I create a website for a client (user). The client provides personnel to manage the website (users). These resources are split between administration (users) and content creation (users). And, of course, the website that results from this synergy is experienced by ... users.

My role then will be to make sure that all the users involved in the process, at their different stages and with their different roles, have the best possible user experience.

This simple example, translated into UML, is extremely complex, and almost all roles can fall on the same actor.

Let us say the customer uses a website creation service, e.g. WordPress.com, Wix, etc. Then she decides to create content. And of course, the content is displayed on the website to see how it looks.

In other words, 3 roles in a single actor in one of the most common processes we can imagine (having a website) 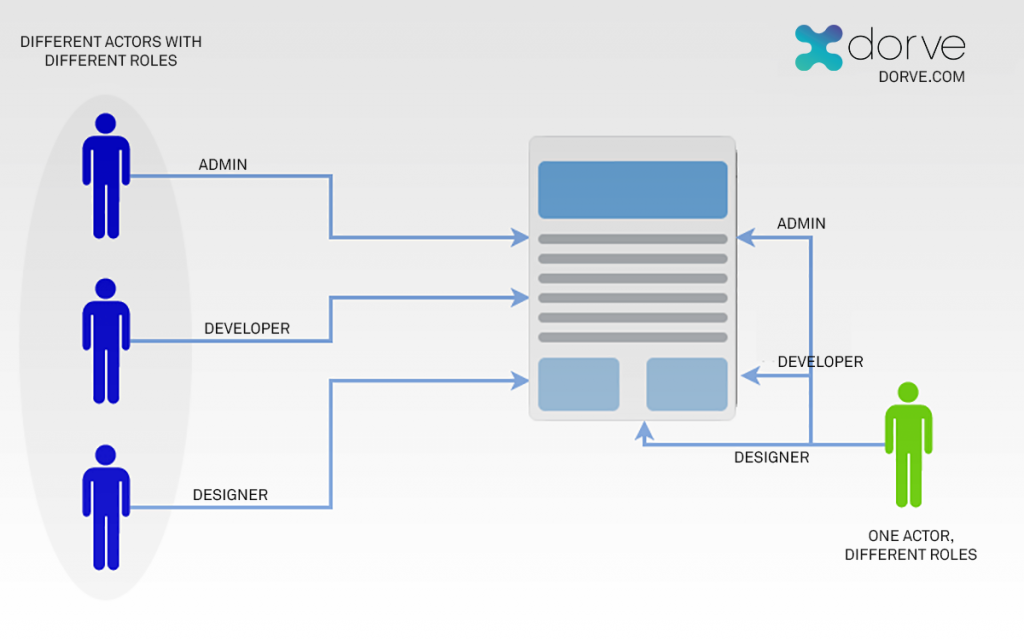 In the figure above, we see how the Cockburn model must violate the rules of UML through overlapping.

And yet it is still not clear who the users are and where they are involved in the process, at least dialectically.

Once the programmer interacts with the final product, he becomes a final user, at least momentarily.

16
What's the best way to handle deleted user accounts on a social app?
2
Who is the average user?
7
Is task-based the same as user-centric?
2
What's the best way to allow users to reset their licence keys
7
What is the difference between Scenario and User Journey?
4
How can end users training be integrated to the UX plans?
36
What are the differences between UI/UX and front-end development?
2
What is meant by context of user?
2
Conducting user testings when end-users are very specified group in another country
4
Standard method for communication and documentation for business analysts, designers and developers