How to make sure the user knows interactivity of this widget

I want to keep the interface as clean as possible, but I want the user to know, that they can edit the exercise (eg. the list tiles with the not-so-dark background), where I then display the exercise in big, with options to delete and so on.

I don't want to color the exercise name blue and make it a button, also I have thought about putting in a little pencil icon on the far left, but this would take away from the aesthetic I think.

The solution probably has to with colering something in blue, but I am not sure what, does anybody have any ideas or input? 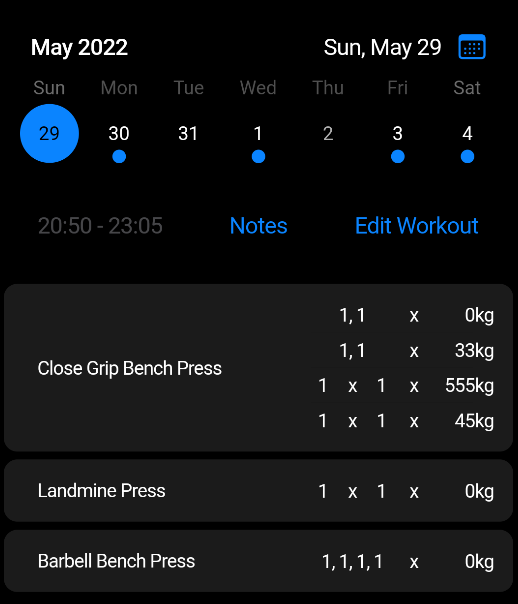 I think the low permissiveness margin only refrains from a minimum graphic resource. It's evident the only way, without using an external element such as an icon, is to try to "unstick" the areas of interactivity from the background. Personally, I would avoid the use of the color blue in the exercises. The brightness of the color would have the opposite effect, stalling the exercise in the background, the same effect as a dashboard with led lights alerts.

In the first place, I think the gray chosen as the exercise's background is too similar to the app background and mimics it. The home screens of Adobe applications use squares with a remarkable tonal value difference and a considerable margin to recover old files, leaving no doubt that they are clickable elements: 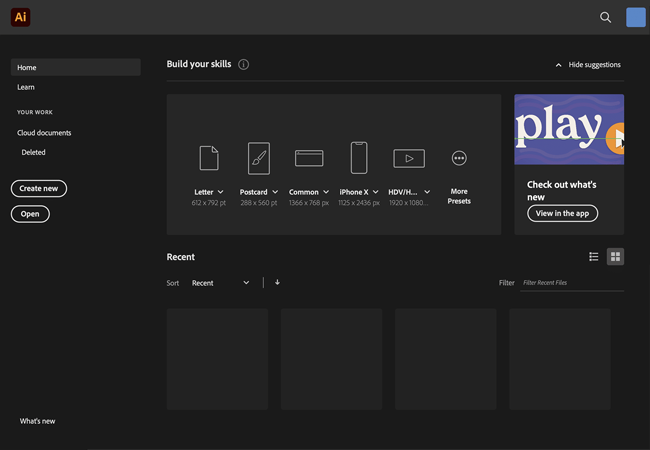 With so subtle tonal difference, using rounded corners is a counterproductive factor. The rounded corners give the impression of a perforated window, submerging the figure behind the background. Rounded corners are usually a valid resource in well-differentiated elements, otherwise, it's an empty gimmick. On the contrary, the straight corners detach it, the paper on top of the table. 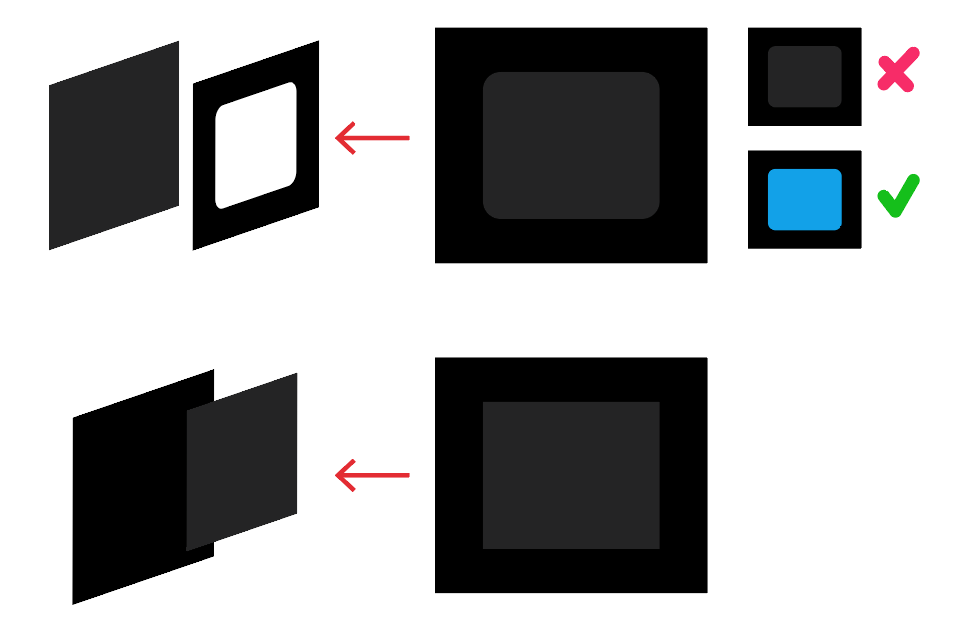 Sometimes margins are everything. If the idea is to keep the same color both in the background and in the exercises, an element is needed that differentiates and separates them into layers: spacing is the answer.

The image below, although it is an exaggeration, leaves no doubt about the possibility of interaction of the exercises without any extra change. In the real application, a minimum greater separation between each exercise and margin with the app border would provide a huge perceptual change.

Another possibility is framing each exercise, using the same gray color as the days (or darker), to stand it out from the background giving the feeling of a clickable area. Real example at di.fm interface. 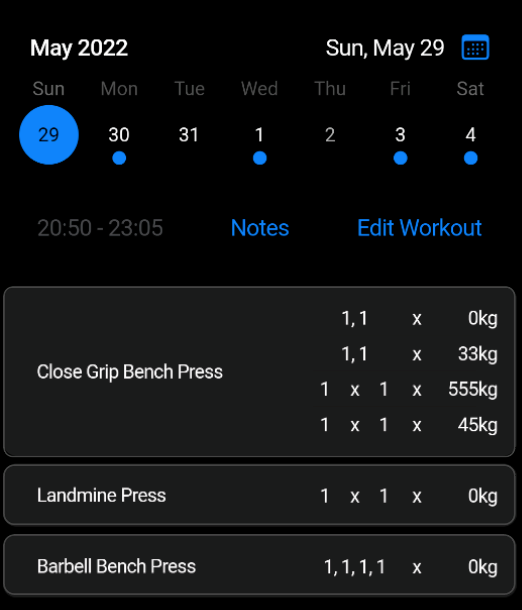 4
Edit screen for Attachment screen in Android ICS
7
Changing a White Background to...?
4
Trying to build intuitive simple user interface for an iphone app
3
Studies about negative readability
7
Invite users to inline edit not only on hover?
6
Should I set different colors for the IOS Status bar and navigation bar?
3
How to declutter my row item / make it more functionally appealing?
2
Does a floating sidebar decrease usability?
3
Widget for rating how well users remember a word
13
How can I improve the UI/UX of this form?