For a report builder, my non-technical users need to be able to visually specify conditional text that is potentially multiple levels deep. Example:

Mr X and Mrs Y, each possibly replaced by Mr Z if the deal is signed after 4th January, hereby sell their 342 non-voting shares to Acme Inc.

This entire sentence may be subject to a condition (so that it may get removed from the paragraph if the condition is not met). But also within this sentence, several elements could be conditional, or replaced by alternative text depending on conditions. For example:

And within those word groups even deeper conditionality may occur, e.g.

Enabling users to visually select words and attach a condition or alternative text is not a problem for the first level. You can simply highlight those words and show a popup-editor to specify the condition and/or alternative.

The problem starts from the second level, where users need to be able to select words within other text that may itself be conditional or already replaced by other text. This seems difficult to express in line-based editors.

Are there any good suggestions, or existing software applications to learn from?

The following example is one possible solution that I built myself, but it's kind of ugly, and users don't really like it. 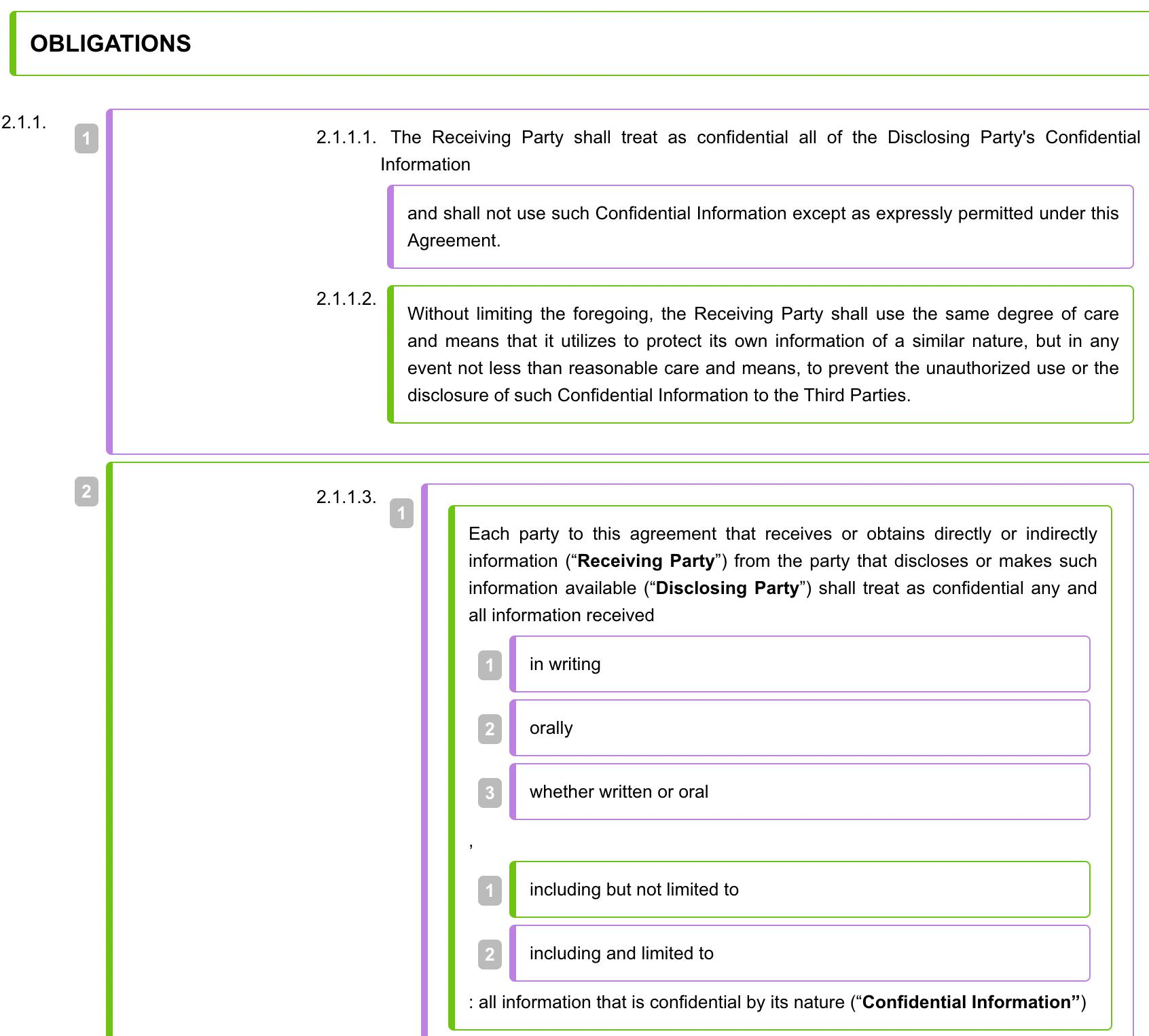 You might look at some flow builder or rules engine patterns that support multiple levels of and/or conditions. In these patterns we often see the second level conditions indented or placed in their own container boxes to distinguish them from first-level conditions.

They can be fairly inline, like this example from FreshWorks: 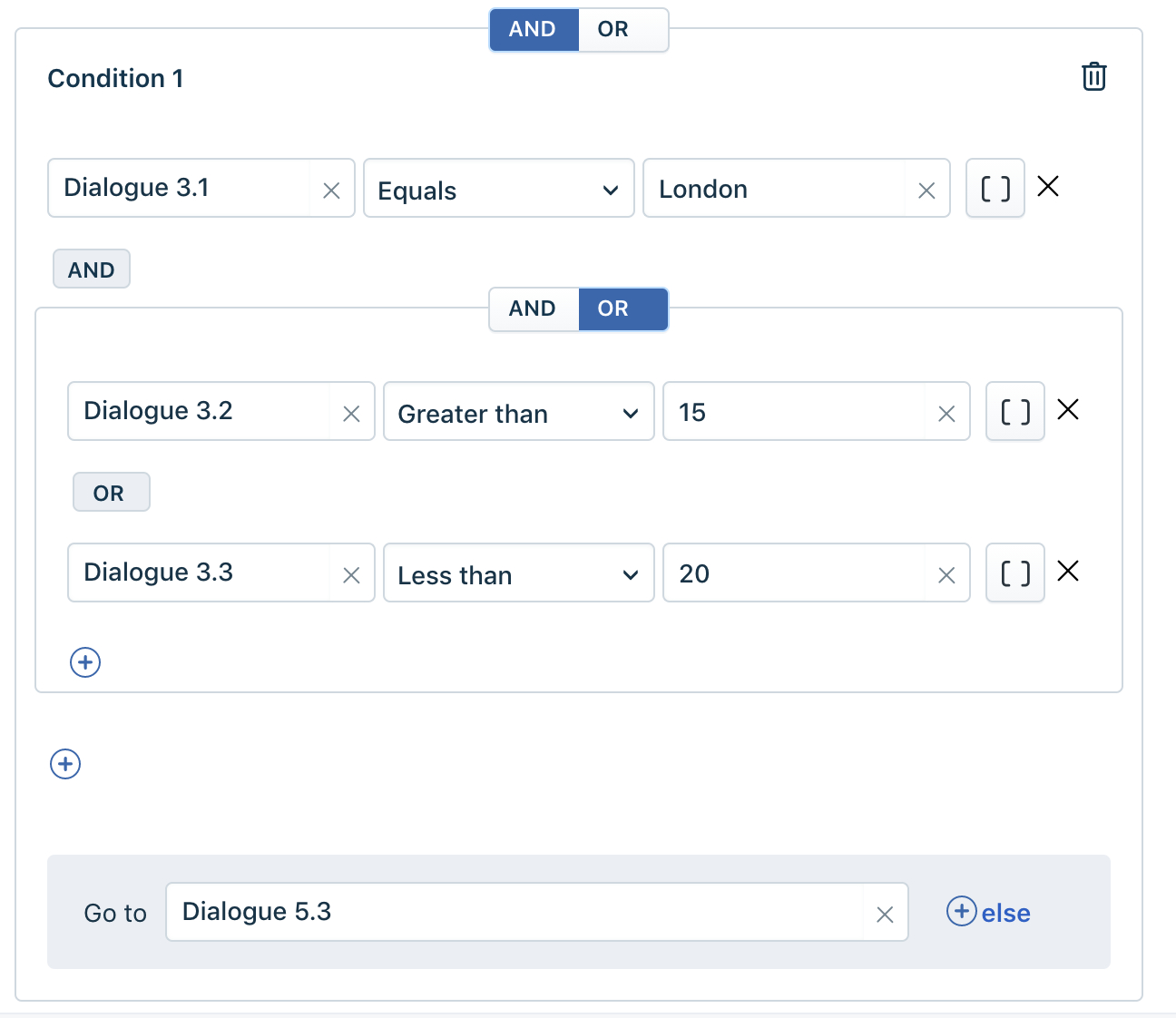 They can also be canvas-based, like this example from ZenDesk: 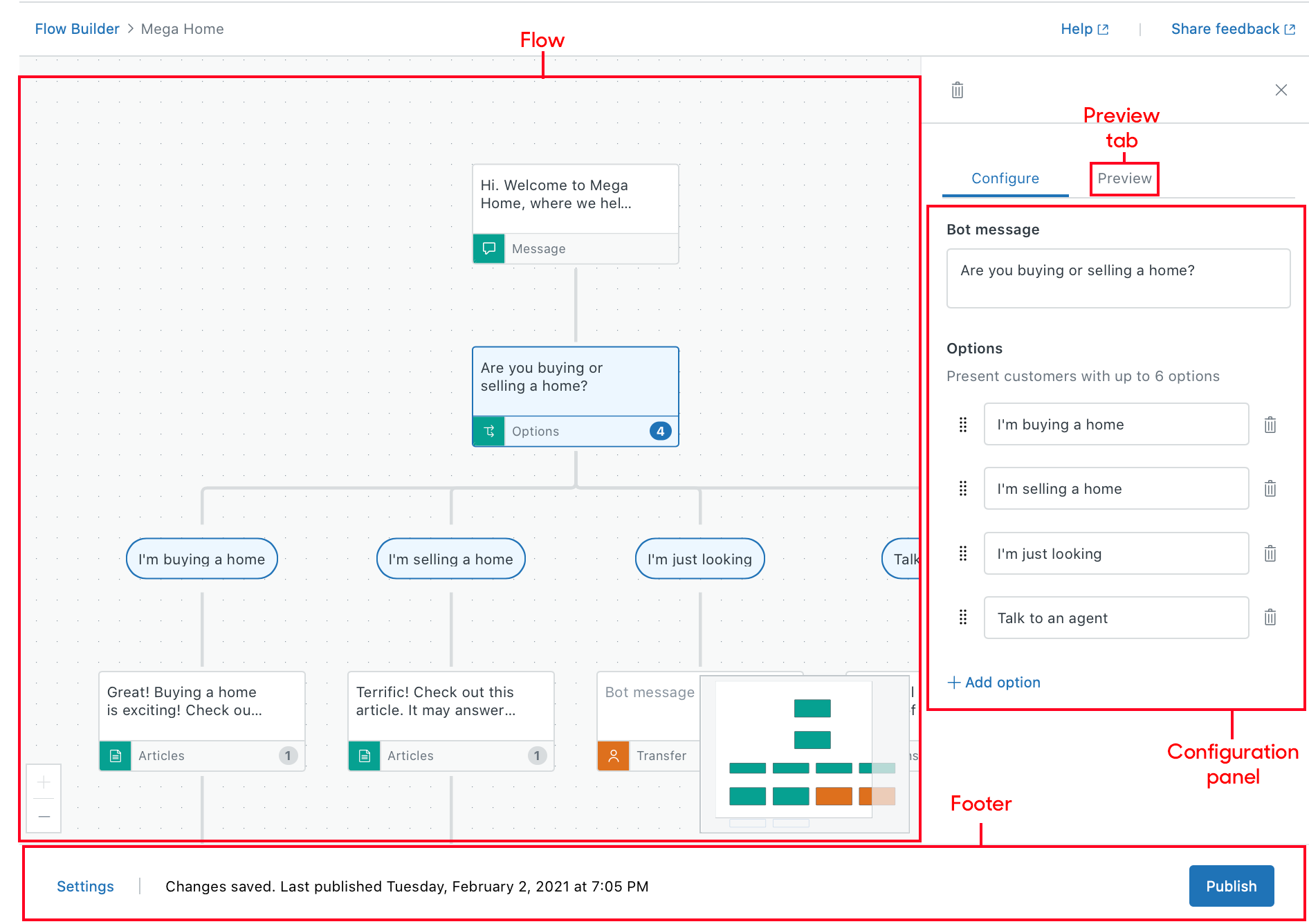 You might want to bring engineering into the discussion to see what's technically possible.

Not the answer you're looking for? Browse other questions tagged interface text text-editor or ask your own question.