I think it leads to confusing two concepts: function and state. 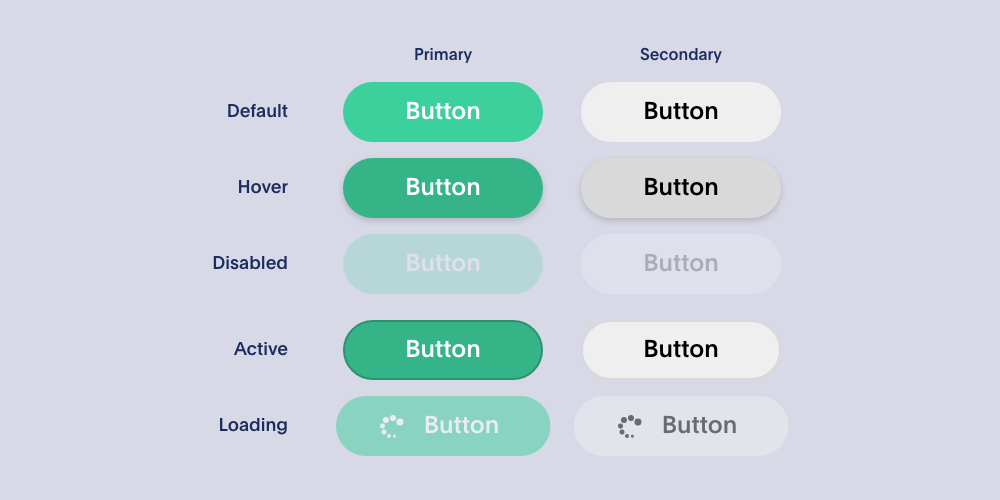 I don't suggest using one button's default state as another ones hover state, because there can be situations where you need to use both sets of buttons next to each other. Imagine having a situation where you would want to have a "ok" & a "cancel" button. Obviously because of their importance they can not be both of primary type or secondary, so there would be a problem. What I've seen in many well established design systems is that the hover and press states are slightly different from the default state of the button. I've attached an example from SAP fiori design system. Hope it helps!

I think this might beat the purpose of having the different states of interaction, instead you might fill the secondary button with a green color having opacity of 20% for example, take a look at the picture I've attached

Not the answer you're looking for? Browse other questions tagged buttons hover or ask your own question.

6
Shading buttons darker than the normal state vs. highlighting
6
Navigation & Link Hover State
3
Why don't most forms have a hover state?
2
Should button icons enlarge on hover?
2
Colors and labels on buttons that reflect state
2
Should minor links be styled with the same hover effects as primary links?
0
Are hover features more discoverable in simple desktop web UIs?
3
What should the hover state of an outline button look like?
6
Is there an accessibility guideline for the contrast of a button color between a normal state and hover state?