The vast majority of the users (say 80%) will choose the default option in question one, after which the second input will be relevant to them. The remaining percentage will choose on of the other options.

The second input will initially always be visible, and it is linked to the first option of the first input. But what would be the best solution for the second option? I personally think hiding it should be fine, as it will be completely irrelevant for anyone choosing any of the other options in the first input. If we would have it remain visible, we would have to add a message that tells the user why the input has been disabled, which would increase cognitive load. 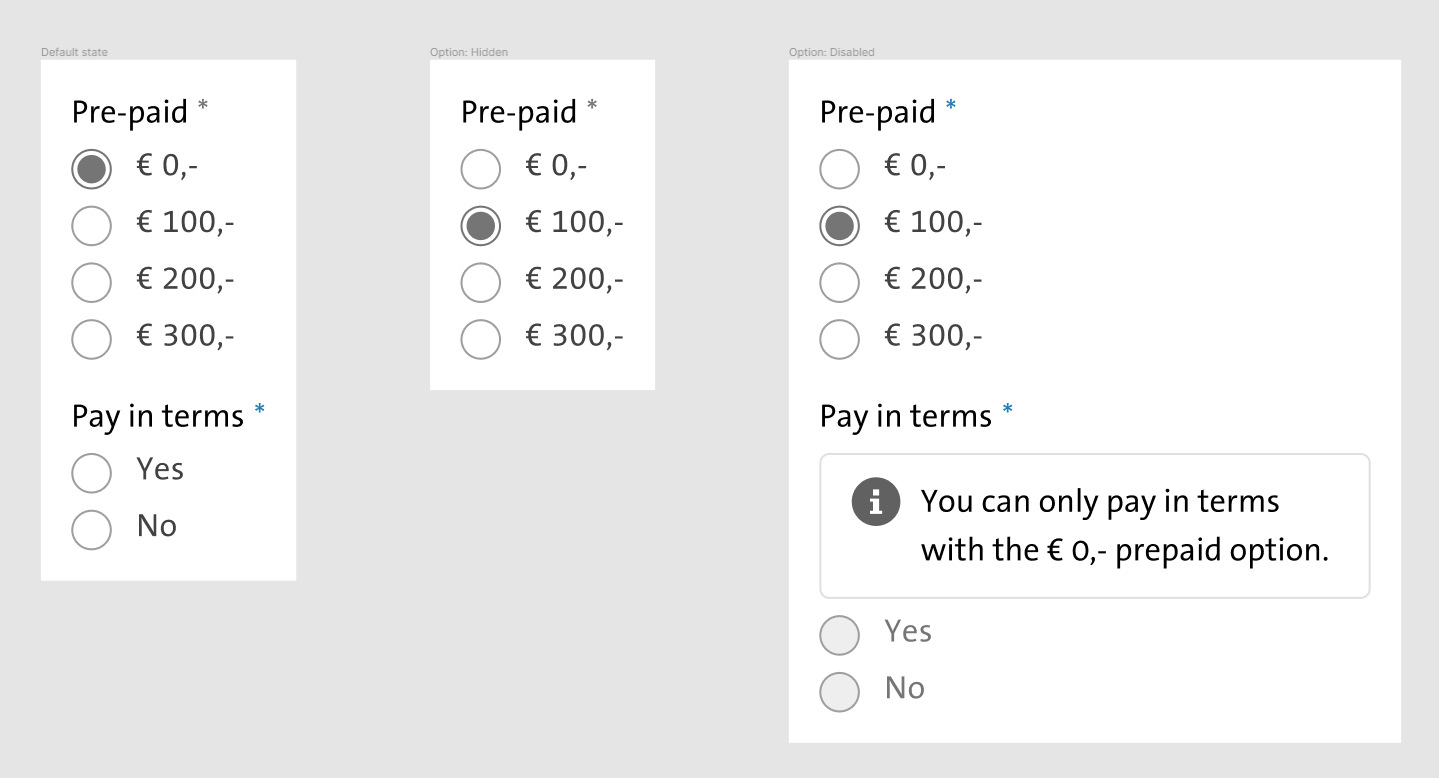 The image above shows a simplified version of the case. The default state is shown on the left. The middle image shows the "hide" design, while the third image on the right shows the "disable" design.

Add some progressive disclosure to the design: Turn the order around and let users choose first if they want to pay in terms or not. Make the possible pre-paid options appear that matter for their choice. Or make it a two-step form if you will but always allow to navigate back and change previous choices. 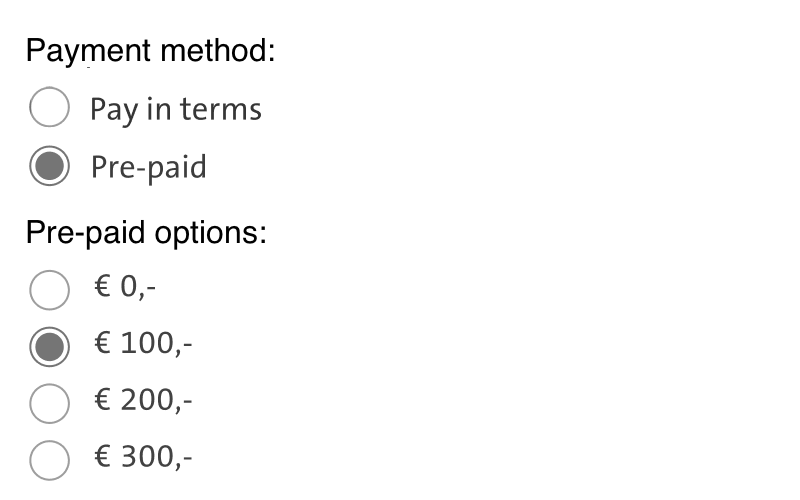 If you like to play open cards and show all possible options at once, this indeed will add some cognitive load but also has its purpose: Users can decide if they want to pay in terms based on the pre-paid options at hand. Your 3rd example with the options disabled and the explanation seems ok, but you can also integrate all options in the same list: 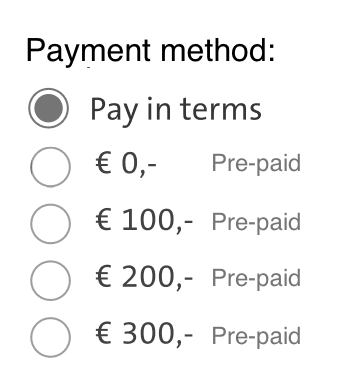 5
What are some ways to visually communicate hierarchy between two different select elements?
2
Radio button group confusing to user?
8
Checkboxes or Radio buttons: Only one or zero choices
2
Circular context menu on hover
0
Add new input based on previous form input value
0
How to make optional fields more subtle to reduce its usage?
26
Form layout with fields which are sometimes input and sometimes output
1
How to display context dependent buttons in a row
1
How to handle conditional dropdown lists
64
Why does apple hide things in menus?