Expander before selector? Or other way around?

The scenario: I'm designing a table that will have both expanders (chevron icons) and multi-select action checkboxes on each row.

Expanded, the rows look like this (and will eventually have more data in them.)

The user can also delete each row individually via a trash can icon that appears on hover at the end of the row. Originally I put the selection checkbox at the beginning of each row and the expander at the end, next to the trash.

Obviously, it's not a good idea to put frequently-used buttons right next to the trash. But also, we use the expander at the beginning of the row in other parts of the application, and the table occasionally gets covered with a pop-over sheet when the user is working through a certain flow. 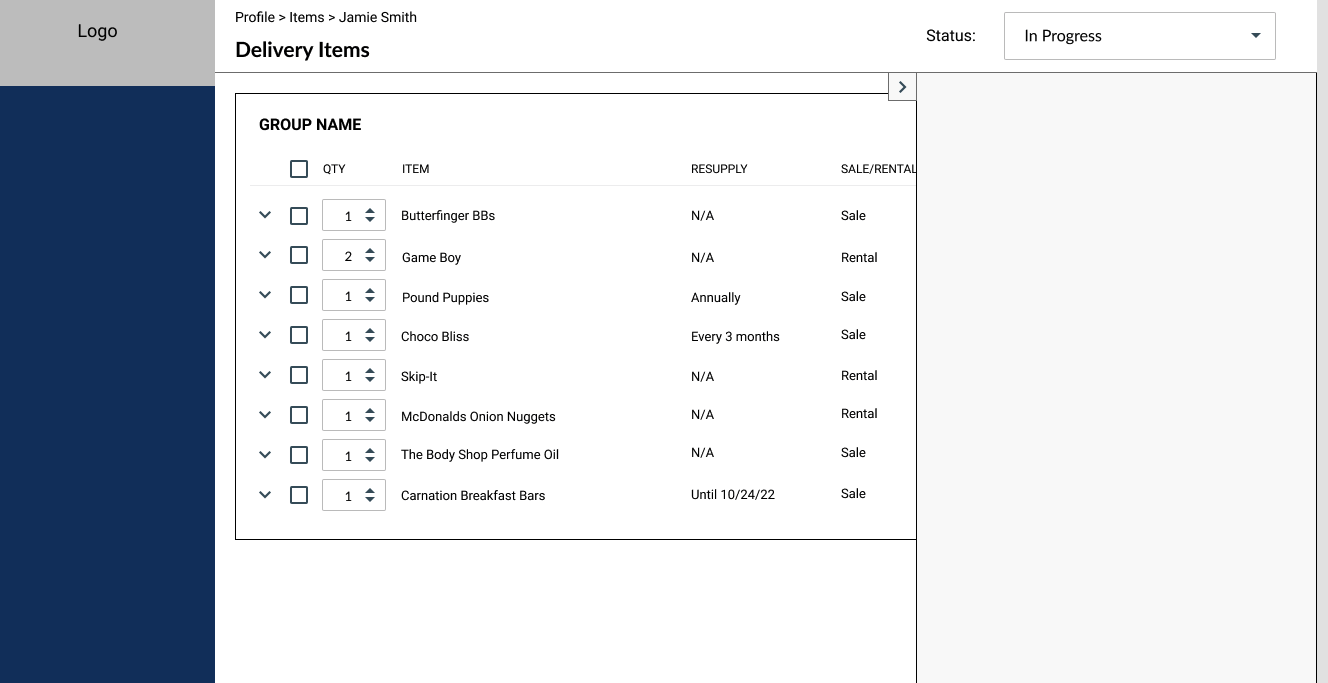 The question: Is it the correct order to put the expander icon first, selection box second on each row? I have nothing but instinct to justify this decision, perhaps because it feels weird for the expander icon to be placed between two items with header information.

It's also feeling a little fidgety to have three small clickable components all together in a close area, so if this is a bad pattern for other reasons, I'd consider an alternative.

For the vote-closers, I'm simply asking:

Based on the screenshot, the hidden content is only information about the item column, it's not selectable nor does it modify any of the subsequent columns.

Consequently, if the expand button only expands info below a single column of the table item and is just information, it doesn't make sense and creates confusion to place it at the beginning of each row. The expand icon should be only where there are elements to display:

Not the answer you're looking for? Browse other questions tagged gui-design tables multi-selection or ask your own question.

7
exclusive select in a table: radio button, rowclick, text only, text and icon, or icon?
3
What's a good pattern for edit in place with hyperlinks?
0
What is the best way to display an icon for removing the row in a table?
2
Better way for users to select a range in a table like structure
0
Selecting and deselecting items for 2 state interactions
1
Multi-selecting checkboxes while rows are highlighted
1
Primary contact indicator in table
2
Where should I put the delete button?
1
User Experience (UX) - latest patterns to represent one-to-many relationship
0
Data table bulk actions which are independent of each other