UI for choosing rotation of a scanned image

I'm building an application for cataloguing an analogue photography collection (slides and negatives). I'm using a scanner has frames that hold the negative strips or slides in a fixed position on the scanner bed, so I can grab previews based on fixed positions. However the photos may have been captured landscape, so I want a function to select the orientation of the images. The common implementation of this is a pair of buttons to rotate the image either clockwise or anticlockwise. I find this slow to use as I can (usually) quickly look at an image and identify it's current orientation, but I can't quickly translate that identification into a required rotation. I'm currently using a collection of four buttons, one for each cardinal direction, such that clicking one identifies that direction as the top of the image. This is working well for me as I can quickly look over a batch of images and click the button for each one.

While this works for me (and at the moment it only has to), I think that if I were to make the application available to other people, this would be a problem area as the feedback to the user that they have selected the correct orientation is poor, being only a selected radio-type button, with no change in the visible preview. What is the best way to signal to a user how the feature works?

To be honest, the two clockwise rotation buttons are so standard and usable that replacing them with a novel method is unlikely to be a great idea. Unless your idea is mind-blowingly good, it'll buck against established habits too hard.

In particular, this method has the drawback of needing good mental visualization skills if it's just text and radio buttons. You may be able to look at an image and instantly say, "Oh, the current top ought to be the left," but not everyone can — it takes a good bit of working memory to do that in your head. Especially for rich images of nature without obvious orientations, such as trees reflected on water. What you consider slow — rotating one orientation at a time — is actually a useful way to provide trial and error for users who need to see it to know what they're looking for.

On the other hand, if you make it a set of visual buttons, you have the drawback of the ambiguous state problem. Do these indicate the desired state or the current state?

However, I think there could be a way to use your method if you make these buttons into actual thumbnails of the uploaded image. That way, you're proposing only instantly recognizable solutions to them.

For instance, say I upload this image: 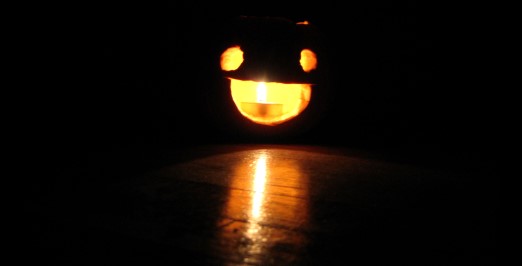 You could show the user this (note default selection as uploaded, to save time):

If you use the actual image, the options seem (to me) to be more clearly desired states. But some clearer wording could also help eliminate ambiguity, such as "Select natural orientation".

Either way it's visual enough to remove mental workload from the user. I think it'll be both fast and easy if you really don't want rotation buttons.

P.S. In either solution, it's maximum 2 clicks from where you are, so if you use rotation buttons you could have shift+click make it rotate twice and that allows you to do 1 click. Or you could assign hotkeys 1-4 to the 4 degrees of rotation for instant keyboard selection if you're going through a bunch of them. The Windows 10 Photos app of course chose to make access more difficult by having only one rotation button, clockwise, increasing the maximum to 3 clicks.

Not the answer you're looking for? Browse other questions tagged interaction-design radio-buttons or ask your own question.

1
Which input layout for choosing between Option1, Option2 and (Option1 or Option2, dynamically)
5
UI for interfacing with hardware
2
Choosing from multiple credit cards, radio button or dropdown?
4
Keyboard shortcuts and navigation in complex widget
2
Indicating direction of an object using a basic string
1
Choosing unit of measure system
3
UI For Selecting Column Width
1
Best way to represent "rotation" of a 3D object