Why do desktop apps not use pointer cursor [duplicate]

I was wondering if there is a reason why most desktop applications don't user a pointer cursor (pointing hand, see below) to show that a button or element is clickable, but always show the default cursor (arrow).

Is this just a convention or is there actually a good reason behind this behaviour? 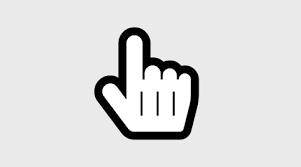 On many occasions, "standards/conventions" are created as a solution to a widespread problem. And, most of these never get updated/changed/removed even after they become obsolete.

When the internet was a new concept, websites or web pages were all about information. They were also alien in terms of concept and people didn't quite understand what they were and how they worked. This made hyperlinks even more confusing.

Until, the Mickey cursor was introduced. The pointing hand cursor originated as a PC cursor in HyperCard [Reference] as an accessibility feature and it became clear to people that it was very helpful.

This was soon ported over as a standard for hyperlinks in web content and it has since stayed the standard despite many improvements in the accessibility for CTAs in HTML.

However, PC applications were inherently interactive and didn't need a special indicator cursor to inform the user about that. Over time, operating systems have removed the pointing hand cursor as accessibility has come a long way.

Also, it's a lot easier to implement such improvements on a global basis with an OS as compared to the internet

Not the answer you're looking for? Browse other questions tagged gui-design desktop-application cursor or ask your own question.

77
Default cursor on mouse over of a button is not a hand pointer
18
Slanted cursor+background for italic text?
2
Why doesn't Mac OS X use Pointing Hand Cursor instead of Arrow Cursor on Toolbars and Tabs?
3
Mouse cursor when hover over no-link menu item
6
Using pointer mouse cursor shape on controls
4
Why do the "reply" and "reply all" icons point to the left?
0
Button Behavior and when to trigger on release
2
Cursor usage in different application elements
3
Terms used for overloading UI element to provide additional functionality/display