What would be the better option for Grid items in App, Circular buttons or Rounded Rectangular buttons?

Currently I'm designing a mobile application where I need to display various categories for the user to choose and for that I have created two variations. 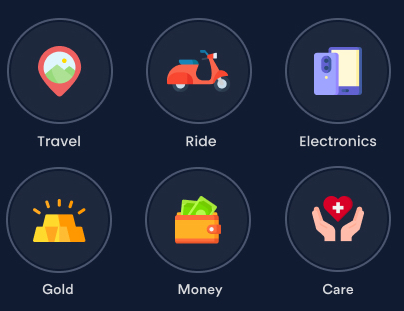 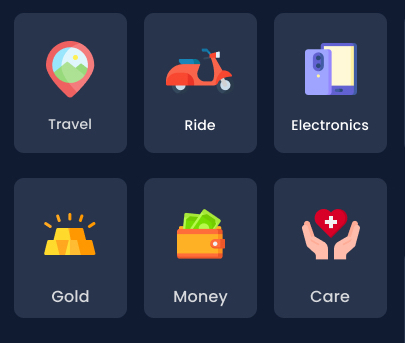 I'm trying to achieve 2 things from this layout,

So, here are my questions,

The square shape includes the label, making it more obvious which icon belongs to which label, causing less confusion. Gestalt principles explain this.

Secondly the clickable area is larger with the squares so would be quicker and easier as described by Fit's law.

In my view, this makes the squares a better solution.

Well, I will develop my answer only from a perceptual / formal point of view

The following parameters are relative (not absolute), everything depends on the context, and talking about flat buttons, no hyperrealism or skeuomorphism.

What determines that a shape is a button? or what's the best that define a button?

The more regular the shape, greater ease of perception.

In the example images of the question, the first two points are well exposed: they are regular and simple shapes. As for the next two the result is more controversial.

The rectangular buttons leave a little margin by the characteristics of the shape, so it's more immediate to interpret it as a grid more than a group of buttons. This perception is accentuated by the content, it's a contact sheet. 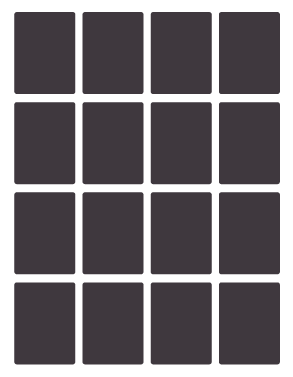 As the statement of the question says that it's a group of buttons, the sense of uniqueness is a bit difficult to define, so isolation is the option to achieve.

Comparing both figures, the circle not only offers greater isolation space but also breaks the cartesian axes that establish the grid, strongly marked by the rectangles: 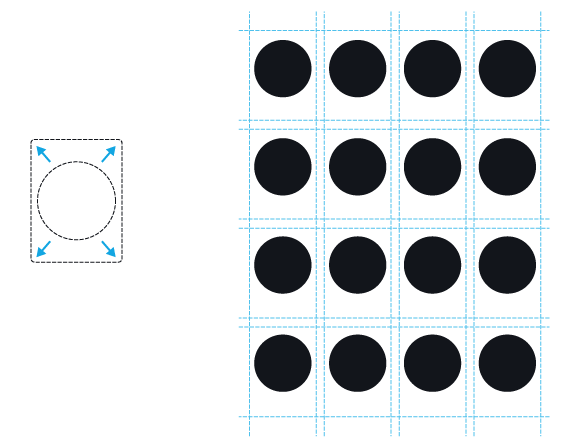 The final decision depends on the design guidelines, but from a formal point of view, in a grid of buttons, the ones with the best visual perception are the ones that provide the greatest isolation: between a vertical rectangle and a circle, the second one is the best option.

I'm sure someone else can describe this better, but I also notice the complexity of the illustrations. The circle separates the elements, implying the icons can exist on their own, which would be inappropriate for complex illustratons. Cards feel more appropriate to me for this reason, as they present the image and caption as a group.

Not the answer you're looking for? Browse other questions tagged usability gui-design mobile buttons design-patterns or ask your own question.

3
What's the best UX option to help users choose between three items
2
What do you think is the best option for Previous/Next icon buttons alongside product carousel in mobile?
7
Displaying and/or searching across thousands of contacts?
3
How to declutter my row item / make it more functionally appealing?
0
More intuitive navigation solution