Why spreadsheets (like Excel or Google sheets) align text at the bottom of cells?

See attached image, cell A3 has default alignment (bottom) and I always find myself changing alignment to the top (like cell B3), because it seems much easier to read to me.

I understand there is a good reason behind that fits most users (I'm not a power user and not working in accounting), but I can't find the answer.

Because this is the default vertical alignment for tables. You can see the Specs for Visual Formatting Model at W3.org or Vertical Align at MDN

The following values only have meaning with respect to a parent inline element, or to the strut of a parent block container element.

As for WHY was this default chosen, it's because it's easier (or at least it was) to read adjacent content by considering the end of each cell. This comes from old accounting books, see example below, you'll see the amounts are at the baseline of the content of left column (which is multiline). 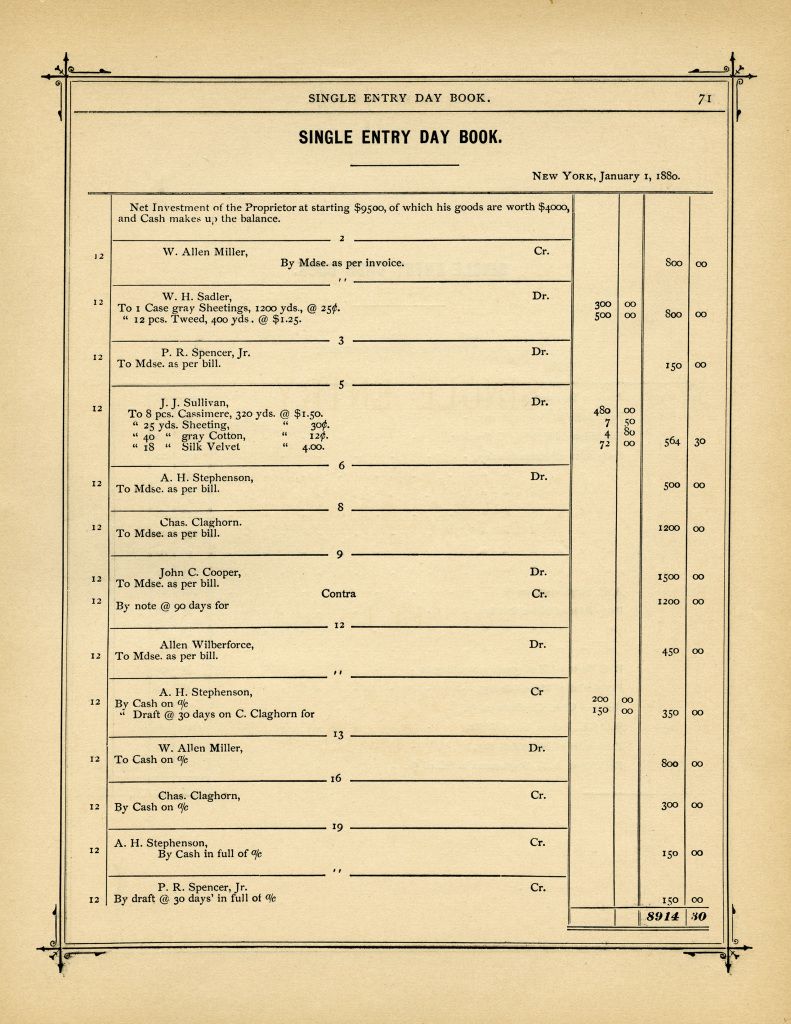 However, keep in mind that this behavior is agent dependant, meaning that browsers, programming languages and software can declare whichever default they want. For example, Latex aligns to middle and old MS DOS software usually aligned to top

Not the answer you're looking for? Browse other questions tagged tables alignment or ask your own question.

2
Why would you not want to align the name of a user and their avatar?
6
Is it OK to change label alignment inside a form if labels vary greatly?
16
Best way to show many user actions for table rows?
1
Plain tables customization in iOS
3
Make the user decide number of rows/columns beforehand or give the user an excel like sheet?
8
How to make text selectable in master/detail table view?