What is the best graphical interface for inputting a list of pairs?

I want to create a graphical interface for inputing skill build orders for an RPG game. A skill build is an ordered list of (skill, number) pairs, like this (see footnote):

I want to create a graphical interface that can add items to this kind of list, preferably in any position of it.

The main idea I am having now is to make some sort of drag-and-drop interface, with icons representing the skills

Clicking an icon would add the item-number combination to the end of the list (the most common place to add things to) and dragging it to a spot on the result list would cause it to be inserted there instead.

But I imagine having to do multiple clicks to select the number and the icon would be awkward. An alternative might be having a button for each possible pair:

But then I think it would get way too cluttered.

What is the best way to input such a list of pairs?

Are there any places where a similar problem was solved and where I can take inspiration from?

can be interpreted as

The main reason for using this is because describing directly what skill to take at each level is longer and less clear:

You could use a single drag and drop action to pick a skill, drag it towards an amount to 'collect' it as you drag, and then continue dragging on towards a list of your skill build order and drop over an insertion point in the list.

This is illustrated by the sequence below: 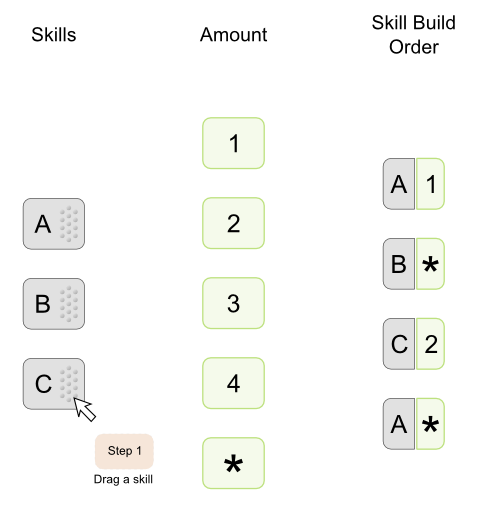 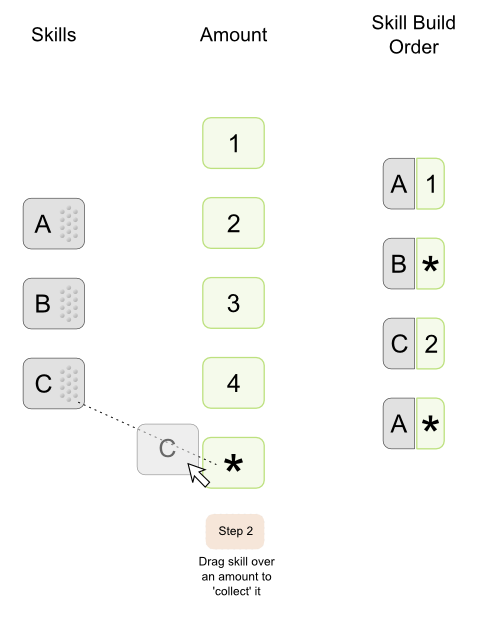 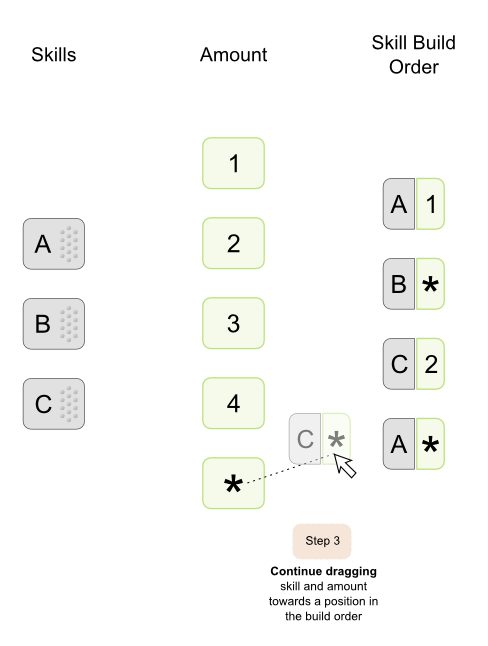 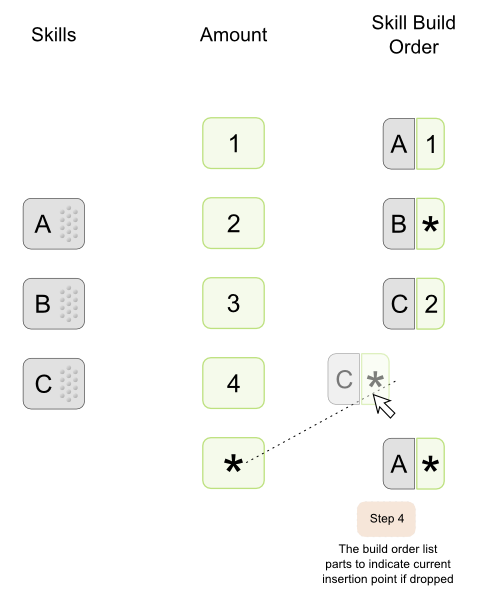 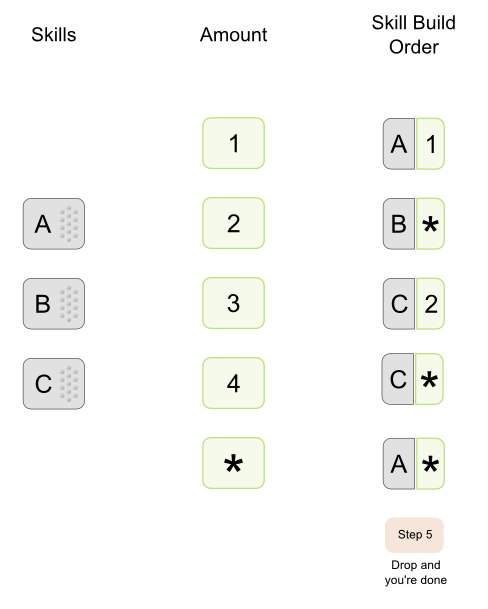 Not the answer you're looking for? Browse other questions tagged interaction-design lists input relations or ask your own question.

6
Should I use a radial menu design for a touchscreen game?
4
User control for a two level selection
4
Help with UI for Grouping Interface