I'm working on a toolbar containing objects that can be dragged into documents. You can also click on these objects to add them to the document. Some of these objects have restrictions and can be added just once. We show tooltips while hovering the objects that show these restrictions. The app manages many documents and you can browse them while the toolbar stays fixed on the right side of the window.

Once you added the object with restrictions (Blue button), is it better to disable it in the toolbar and show a tooltip on hover (picture A) or to keep the object active and show a message when you try to use it again (picture B)? 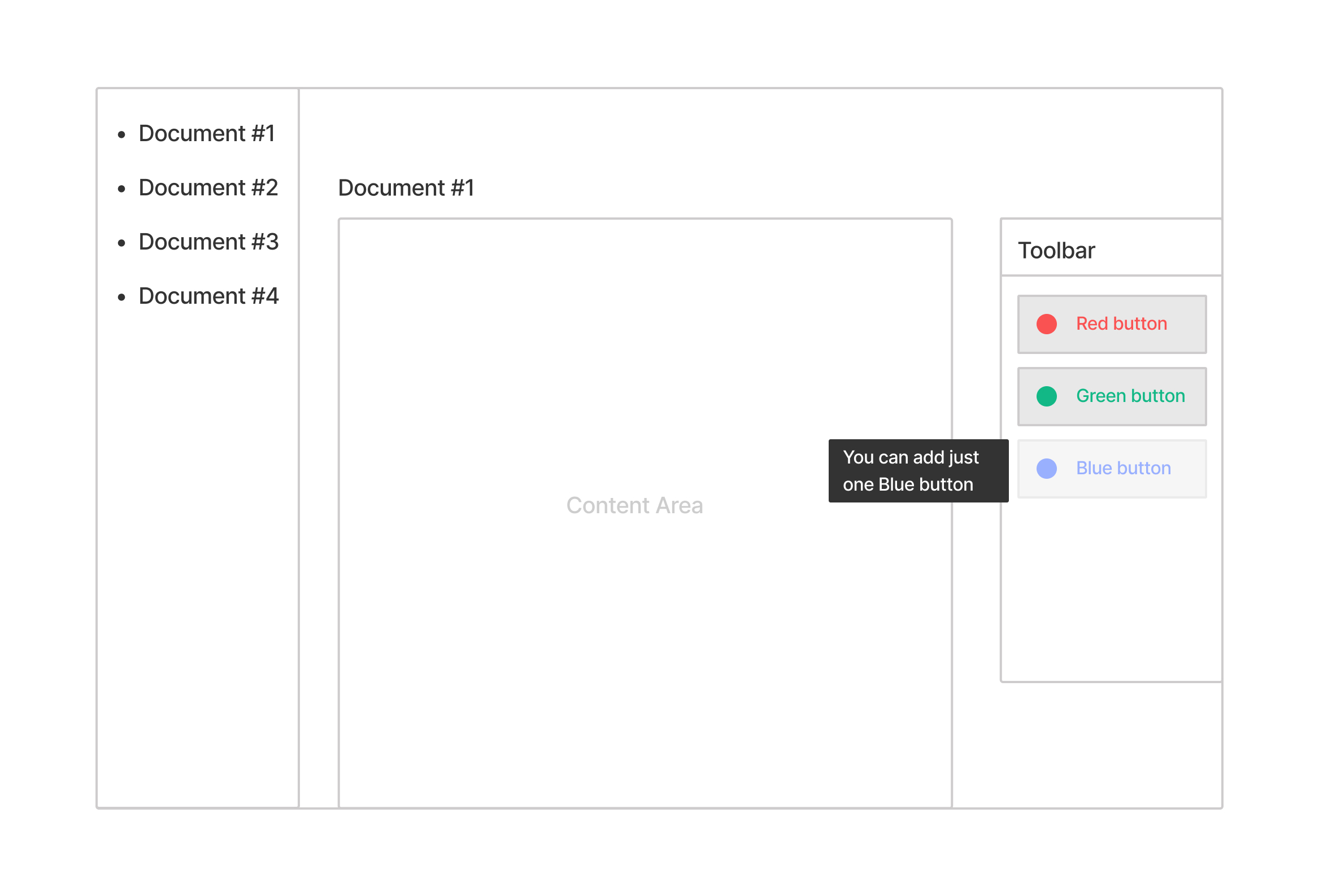 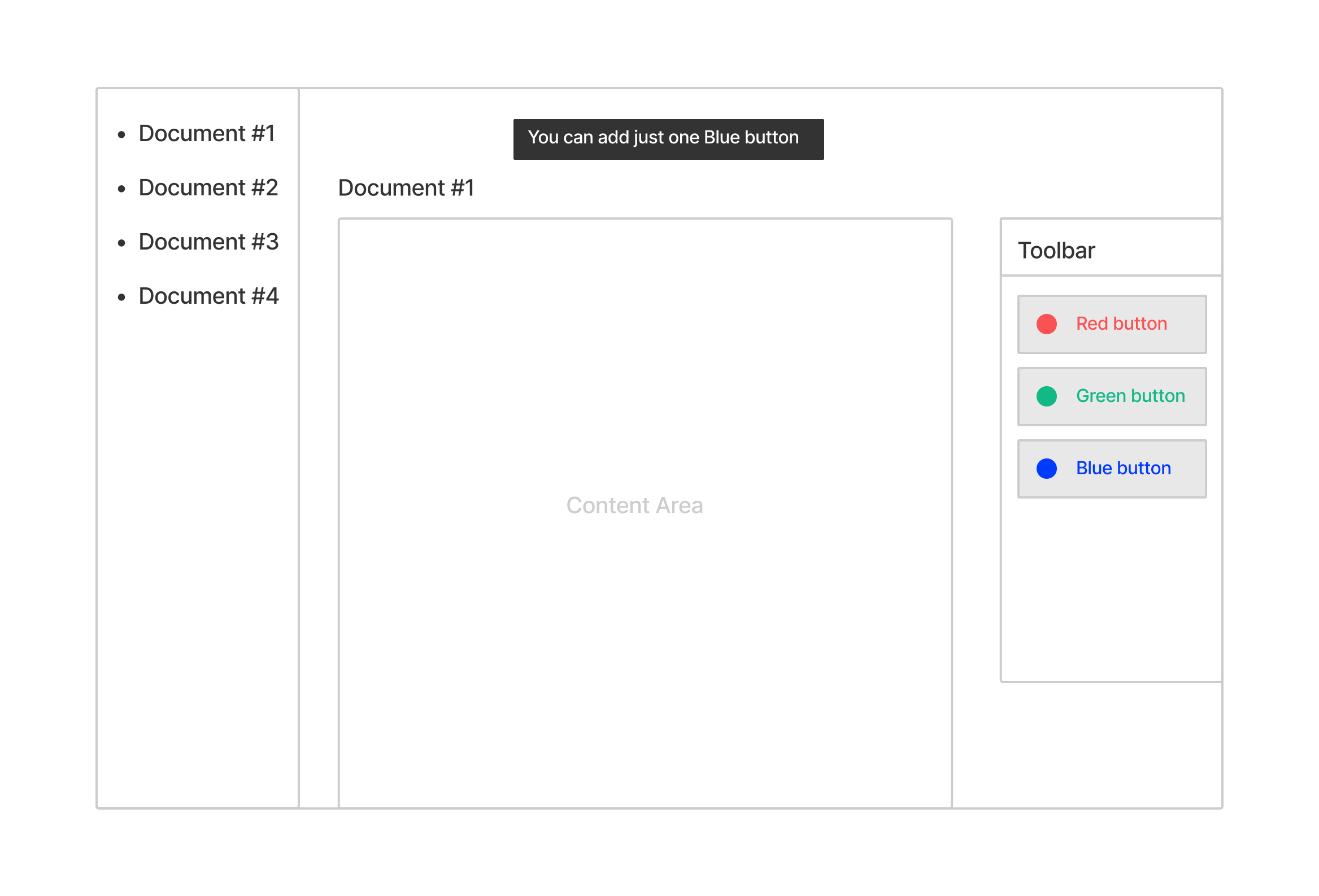 See each button as a stack of buttons of the same kind. When you drag an instance from the stack, the next one appears. But when it is the last one there is no next button underneath. 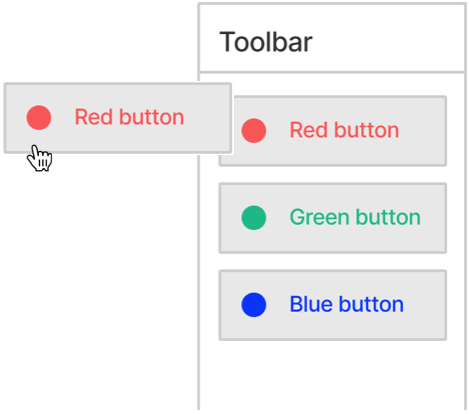 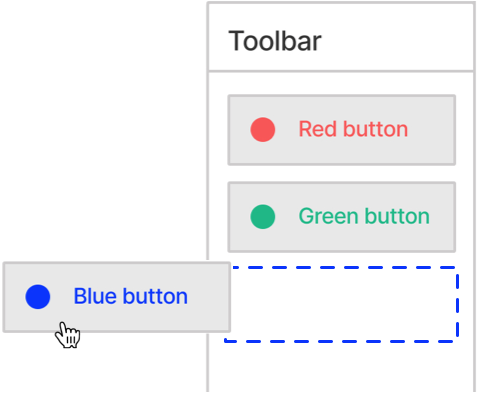 I think the technique in your Picture A, disabling the button and showing a tooltip when you can place no more, looks fine. It is very similar to how the video game Super Mario Maker 2 handles this same problem.

Super Mario Maker 2 is a game that lets you build custom levels by adding parts to your level from the library or from the toolbar. The toolbar is automatically populated with items you have recently placed. You can either select a part first, then tap the level to place it, or drag a part from the toolbar to the level.

Most parts can be added without limit, but some have a limit. For example, only one Checkpoint Flag may be placed. Here’s what it looks like when you select the Checkpoint Flag from the library of parts: 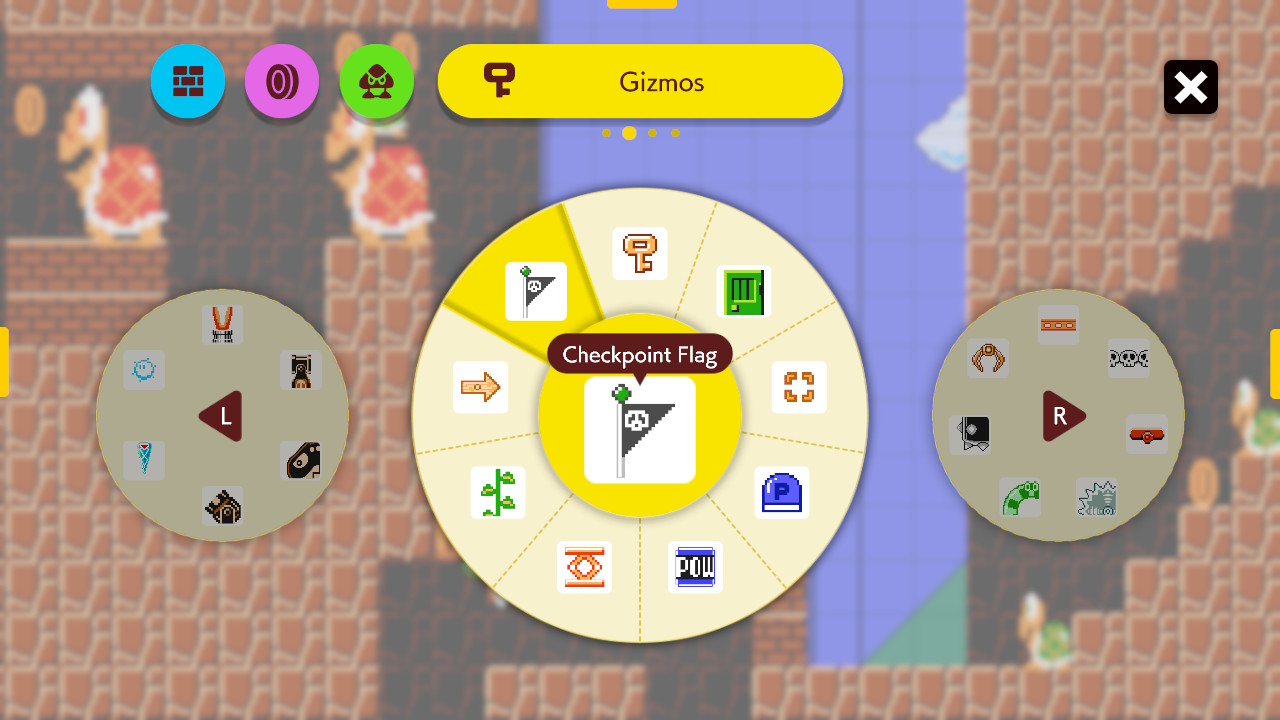 After confirming your selection, the Checkpoint Flag is selected in the toolbar (at the top right), ready to be placed: 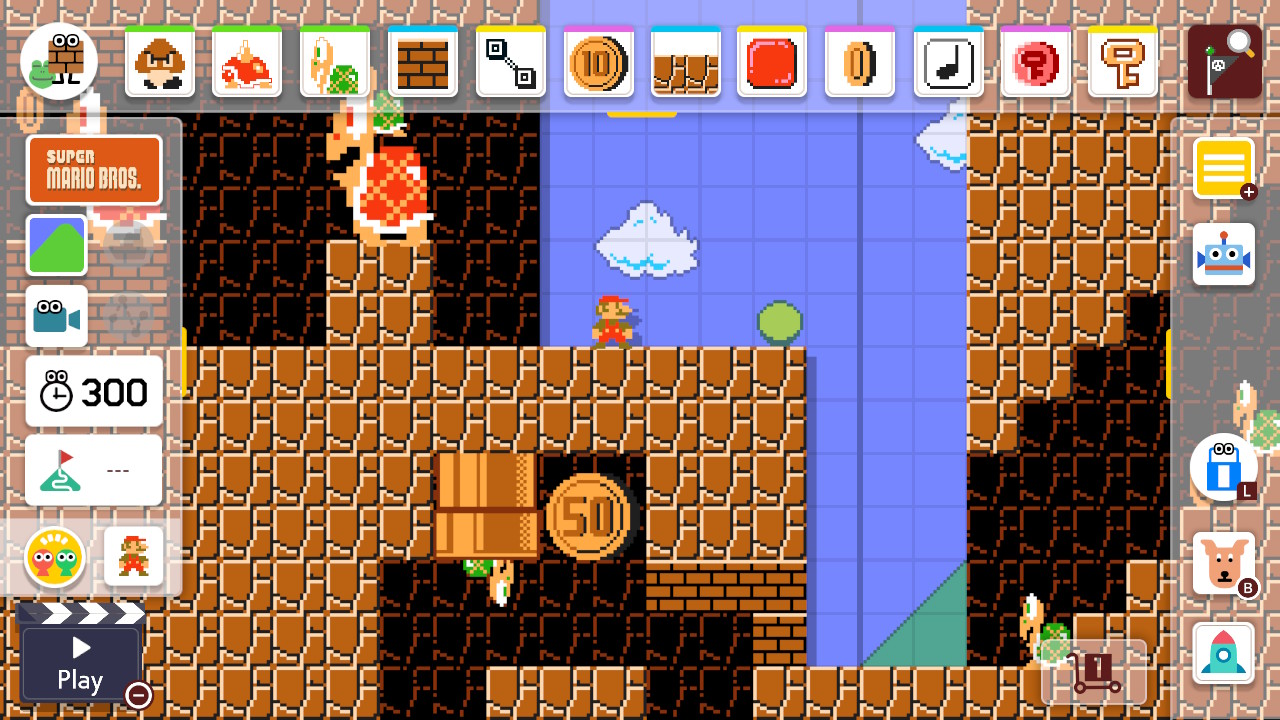 After tapping the level to place the Checkpoint Flag, that part gets added to the right side of the toolbar, as it is the most recently used item. Also, since you have placed the maximum number of that part allowed, the square for that part turns gray to show it can’t be placed again: 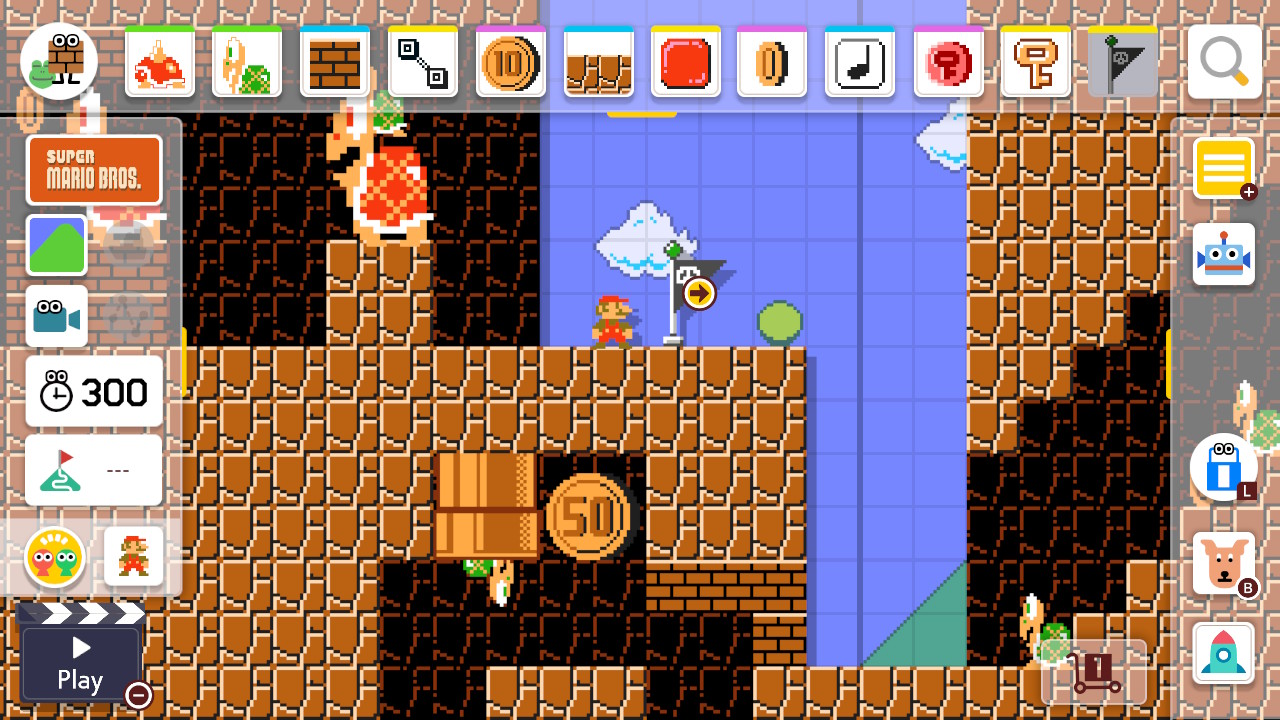 Tapping on the screen to place another Checkpoint Flag or trying to drag a copy of that part from the toolbar does nothing but play a wood clunk sound effect.

If you open the library again, the Checkpoint Flag is grayed out there too. If you select it, the tooltip now includes “Part limit reached” in addition to the part name: 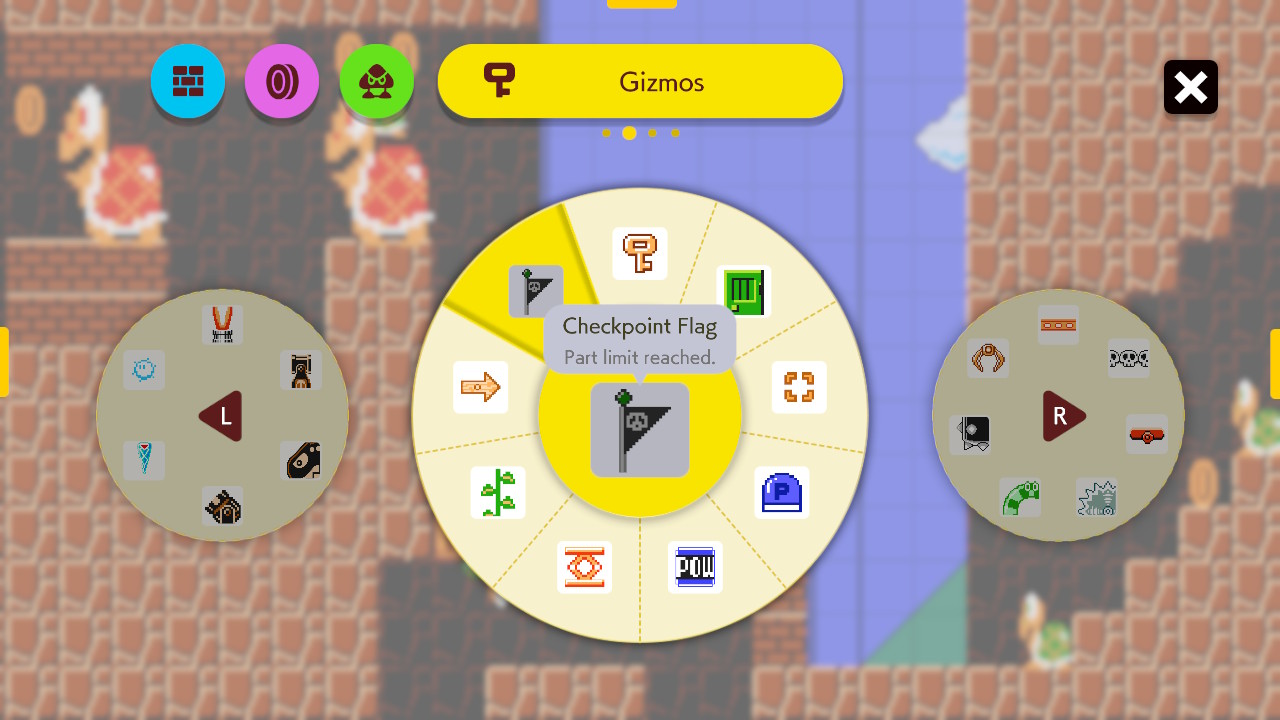 I found Super Mario Maker 2’s UI pretty clear when I built levels in it. However, the game assumes input with either an analog controller or a 6-inch touch screen. A UI for a desktop computer that requires a mouse may require some changes.

Still, for your specific design, I don’t see any flaws in your Picture A. It seems a fine way to communicate why you can’t place any more of a part and which part it is you have run out of.

Not the answer you're looking for? Browse other questions tagged usability web-app drag-n-drop disable toolbar or ask your own question.

3
Should icons in a toolbar reference an action or the object?
27
Make object look draggable
15
How usable are bars that disappear / reappear on scroll?
1
Action icons on context menu
2
Indicative tooltip + info tooltip over the same element
3
When I should hide a toolbar in an Android App?
4
Representing a network delay in fetching the status of a network object
1
How to explain to users that they can click
0
Should we disable an action in our system because we don't have a use case for it?
0
Information on Duration or Start/End Time