I have a game where players talk with characters with dialogue boxes. I would like each character to have their own font to add personality to the characters and dialogue. Will this create a legibility issue I'm not aware of? Do users have to reorient their reading each time they encounter a new font, or will this be fine as long as the fonts themselves are legible. Are there any other considerations for attempting something like this? Thanks in advance.

I don't think it's a legibility issue but a visual perception problem.

In general, people do not immediately perceive minor formal changes when the content has a bigger perceptual weight.

Making a price catalog for a company, with total freedom in design, from one year to the next I made a general typography change. There are about 250 pages of articles with names, text, description, references and prices. The screenshot below is the before and after comparison:

No one in the entire company noticed the change!

This case is a static object, a printed book with articles and prices. In the case of a game the situation is worse.

If the goal in the graphic development of the game is to achieve a greater emphasis on the personality of each character and the typographic change in the dialog box is the possibility, there are several factors to analyze: 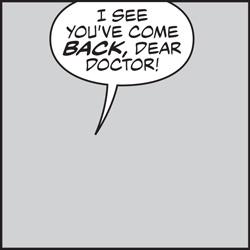 I think the use of different typefaces within a game's dialog is so visually subtle that it does not compensate for the effort in exchange for the result obtained.

I recommend this link where is described in detail the grammar in comics to get ideas.

Not the answer you're looking for? Browse other questions tagged font legibility or ask your own question.

9
Does using bold font for keywords and key points increase readability of user manuals?
3
What is the biggest a font can be for optimal legibility
7
What guidelines are there for deciding between using a system font or a custom font on the web?
4
How does a combination of paragraph spacing with indentation rate for legibility and aesthetics?