Textbased RPG: in a battle, how can I distinguish between your actions and the enemy?

In my game, the way my battles work is you attack and sometimes the enemy attacks in return. It's always one on one. Here's how this looks: 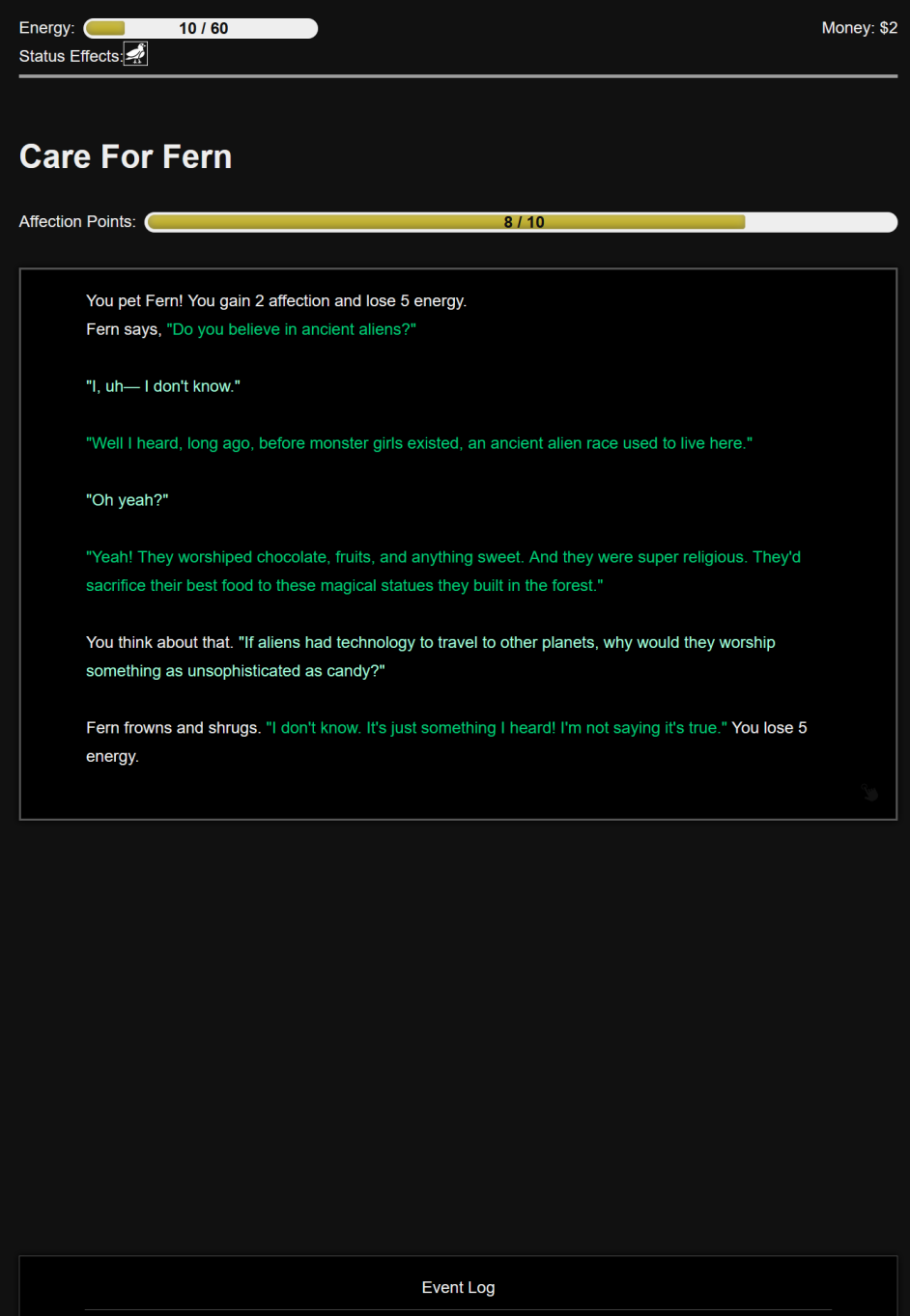 The first line is your action, the rest is the enemy's. Your action and hers are called a "round".

At the bottom is an event log of the battle's history. If you click on it, it'll open up and allow you to scroll. Here's how it would look if she attacked more than once: 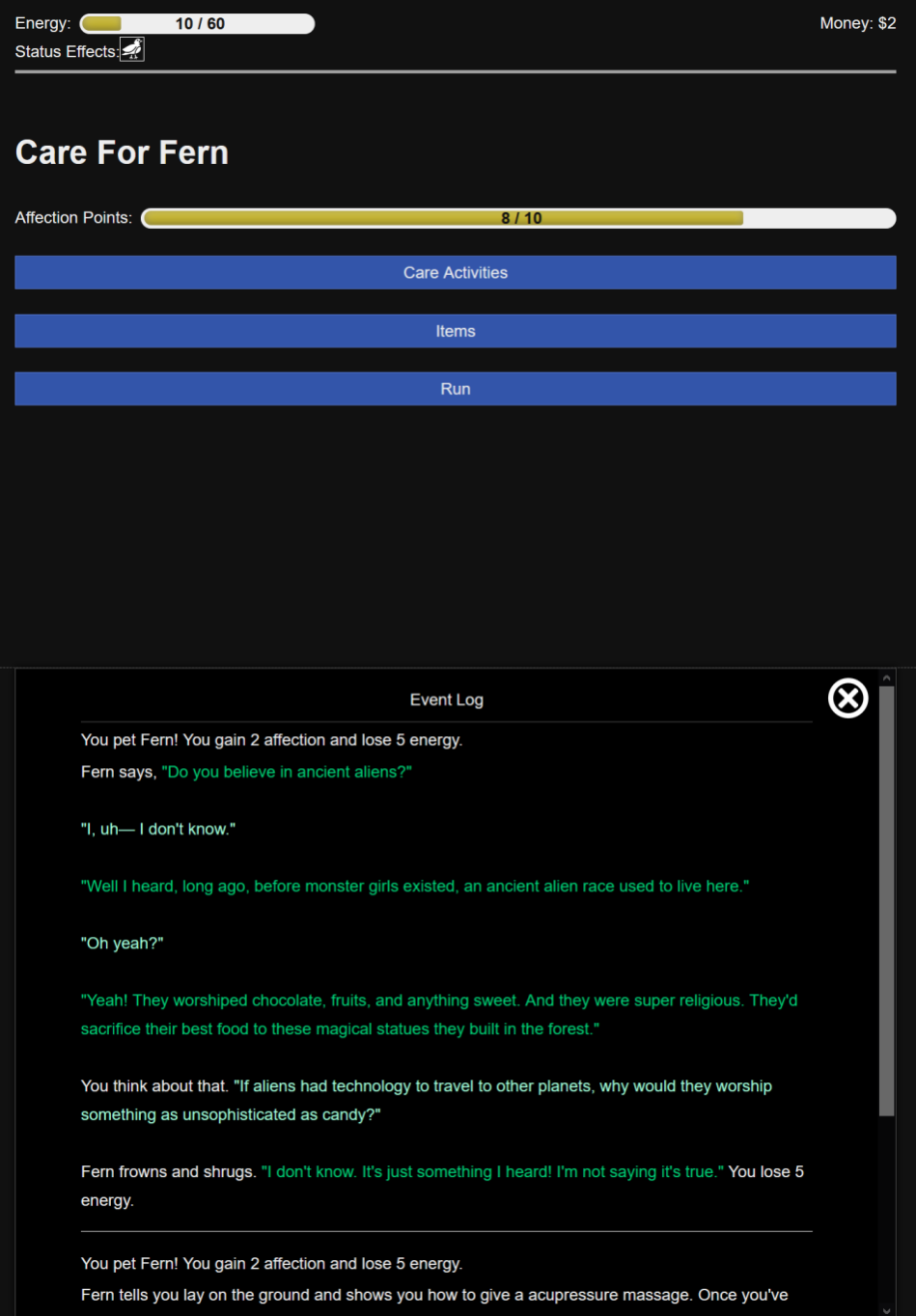 The rounds are separated by that horizontal line.

I've come up with a few ideas of my own:

FWIW, this game is written in HTML.

This may help with context:

This animated gif may help with context

The optimal strategy with most visual design problems is to use a combination of strategies, since using just one can often lead to other issues (as you suggested). In addressing the proposals you have made, the final solution will still need to be tested and validated against the end-users.

I can make the white text of her action a shade of red. My concern is this would make the text harder to read.

You will want to reserve the colour red for special purposes rather than something that is used commonly as it has the effect of drawing unnecessarily attention to it.

I can zebra stripe rounds / actions.

This may cause issues because if you have light/dark themes then the visuals will be reversed and then be confusing. There are also other potential issues as you have pointed out.

This isn't necessarily a fleshed out idea, but maybe it would be better to come up with some solution that doesn't use a horizontal line at all?

The horizontal line again is not a visual element that should be used too frequently as it will lose its effects. But based on the ideas and the fact that it is implemented in HTML, are there any reasons against using some of these strategies in combination?

Not the answer you're looking for? Browse other questions tagged usability website-design user-expectation info-visualisation games or ask your own question.

4
How should I divide my site between B2B and B2C?
5
How to define the status between now and a last checkpoint?
3
What's the most logical place for a read more link?
1
How to show the relationship between two sets of data over time and geography?
4
With link and button side by side, and the link is the more important action, how can I SHOW that it's the more important and frequent action?
2
How best to distinguish between “available”, “not yet available” and “will never become available”?
1
Is it always necessary to have table column headings?
0
Having a different design and interactions between mobile and tablet devices can have a big impact from overall UX?
1
How can I show the relationship between two progress/health bars?