To me it seems to be a rare sight, but I did notice that on the Material UI framework website there is a toggle/button to switch between left-to-right and right-to-left orientation of user interface elements as seen in the image below: 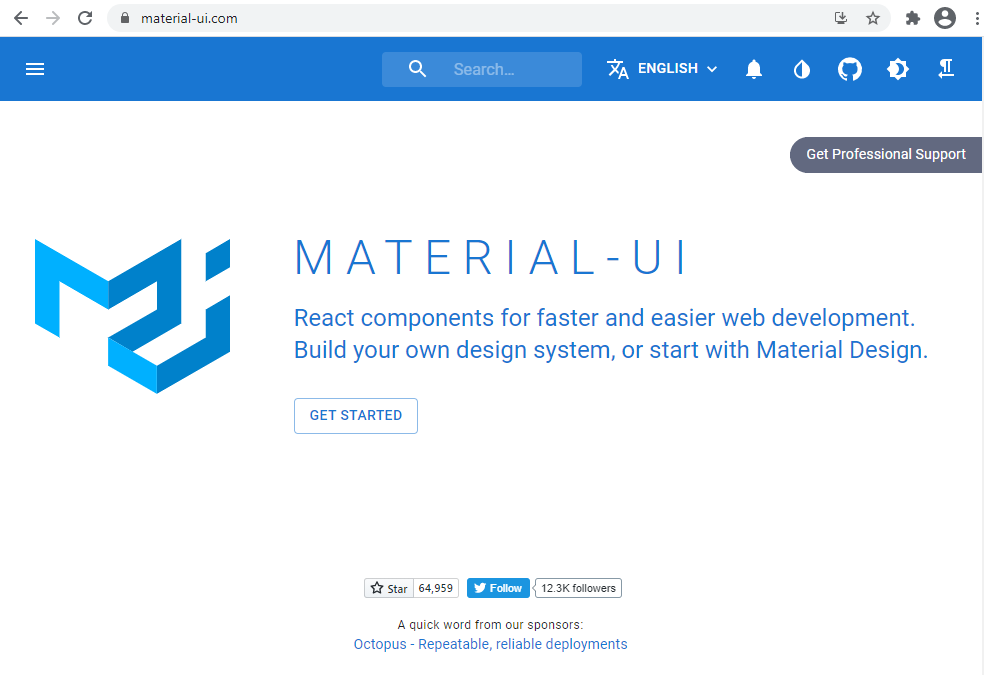 And the other orientation: 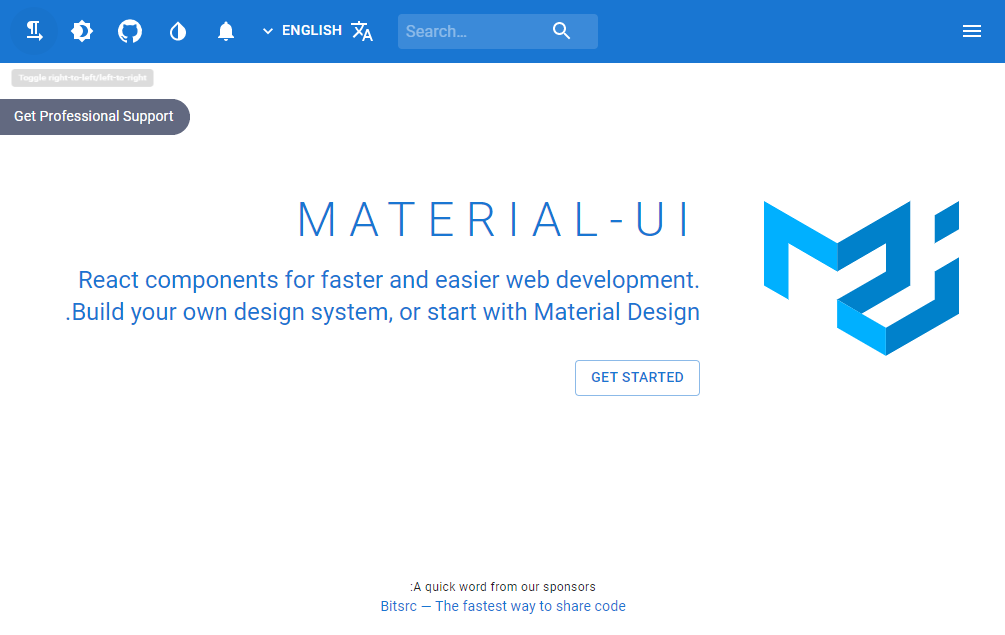 A lot has been said about internationalisation and how to cater for different locales and languages, but it doesn't appear to be a very common requirement for most websites. The Material UI website is an interesting example because it is normally for designers and developers rather than for a general audience.

Are there other examples of this feature made available that are specific to a smaller set of users, or preferably examples that apply to a wider audience group?

The reason you see that on the Material UI website is due to it's sheer scale across the world. Showcasing that they have a RTL version is in their best interests as they reach an even bigger audience.

Most sites don't include a toggle as you would only use it for Arabic, Hebrew, Persian, Urdu, Sindhi etc. and most sites that you and I as English speakers are likely to frequent are written in English (look at Mr obvious over here! hehe).

Also you normally wouldn't toggle the direction but instead toggle the language selection.

If you view the Saudi Arabia Amazon you will see what I mean! Or you could view the BBC in Arabic or the BBC in Urdu.

I can't speak for other countries but in the UK we have quite a large Asian (which in the UK means Indian, Pakistani etc. not Chinese like in America!) community so the larger companies tend to cater to their language needs. (However they tend to do this via print outs or PDFs, very rarely do they implement it on websites.)

The other reason you and I don't tend to run across RTL websites is that the current way this is normally implemented is to have different subdomains or domains for each language.

Now this may seem like a maintainability and SEO nightmare. And in some ways it is, but it is generally used as it isn't just language you have to think about when designing for internationalisation (referred to as i18n).

Currency, date time, button sizes (try writing a website and then converting it to a German website - they have some wonderfully long words that break your design if you aren't careful!), imagery (not only changing to a more "representative" photograph for that locale, but also avoiding social Faux Pas in another country).

I am by no means an expert in i18n, but have had input on a couple of sites in the past and these things are just the tip of the iceberg.

From a UI and UX perspective (without getting to close to my realm of Stack Overflow type answers) a lot of front end devs will have used moment.js or similar. That library works pretty consistently for times and dates across the world and lets you add different locales.

I can't believe I am going to themeforest for examples but a lot of website designs there have RTL versions included. (Forgive me father for I have sinned...)

It is one of those things once you actively start searching for RTL there is a reasonable amount of stuff out there.

Yet again I am from the UK so I can only comment on here, but in the UK we only have around 350,000 who speak Urdu or Arabic as their primary or only language. At less than 0.5% of the population it just isn't worth it for most companies.

So we have very few sites that cater to RTL languages (I even tried searching for "Urdu speaking solicitor" thinking I would run across a RTL website in Urdu but apparently not!), closest I found was this solicitor website with one Urdu PDF.

Not the answer you're looking for? Browse other questions tagged web-app accessibility toggle internationalisation or ask your own question.

7
Accessibility in modern web applications
12
How to best represent a ToggleButton (representing on/off) with the ability to be locked
12
What's a good alternative to flags for depicting internationalisation as an option?
7
Accessibility for non-web desktop applications
1
Is grid the right layout for mobile web applications?
5
Right to left graph labels for right-to-left languages
2
What language to use for error-pages on other-language site
1
Need Advice - One website with "bilingual" (Spanish/English) languages
0
Implementing 24-hour selector