Recommended best practice for add/remove from a list during onboarding

Trying to understand what the best practices are for setup/onboarding use case like this. We're asking the user to customize their feed of newsletters in this instance; user can remove item from those we automatically added or add a new one from a list we originally filtered out.

Here are two original options. With the first one, there's a hover effect where a checkbox appears (like Gmail bulk actions).

Any help is appreciated! 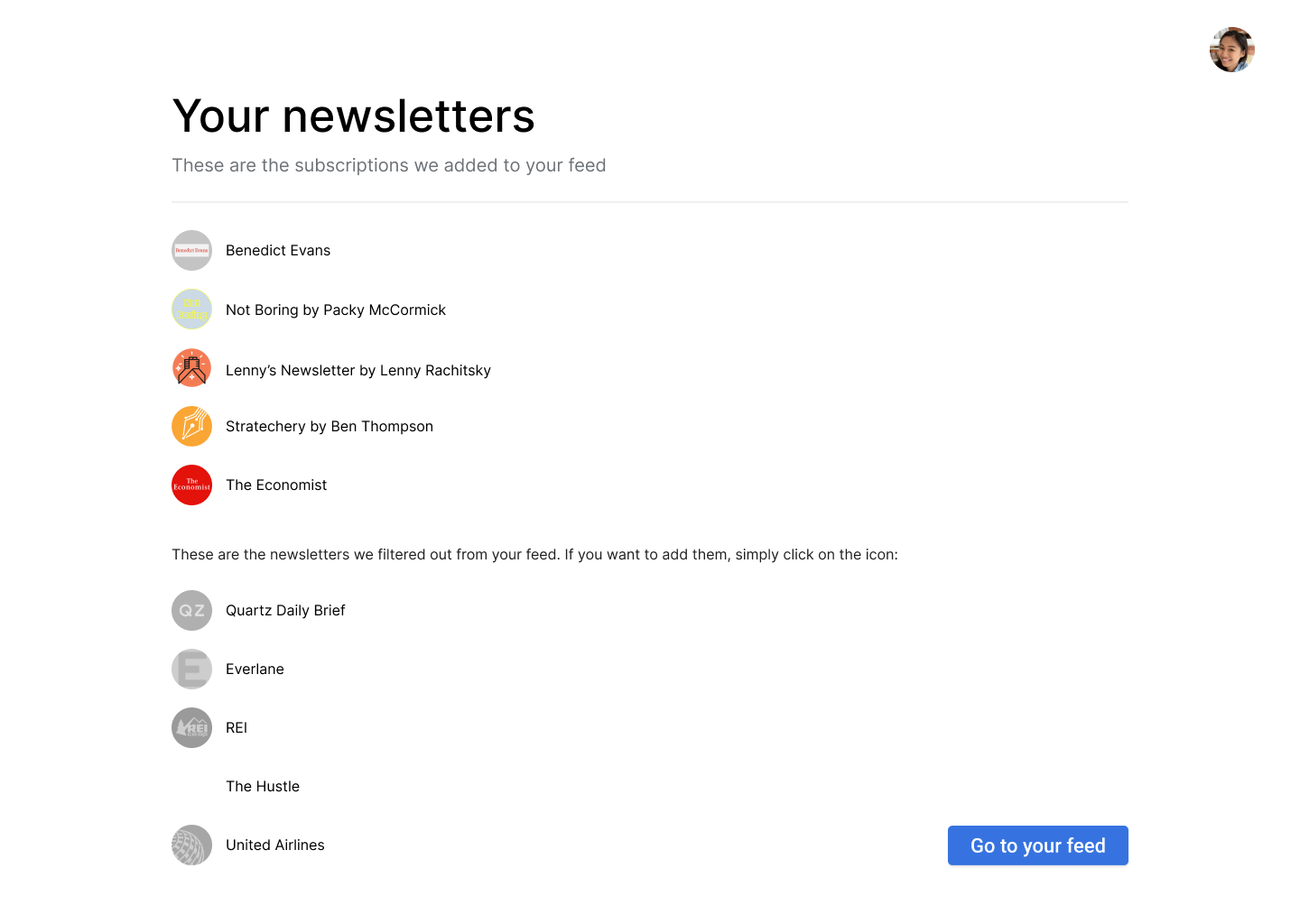 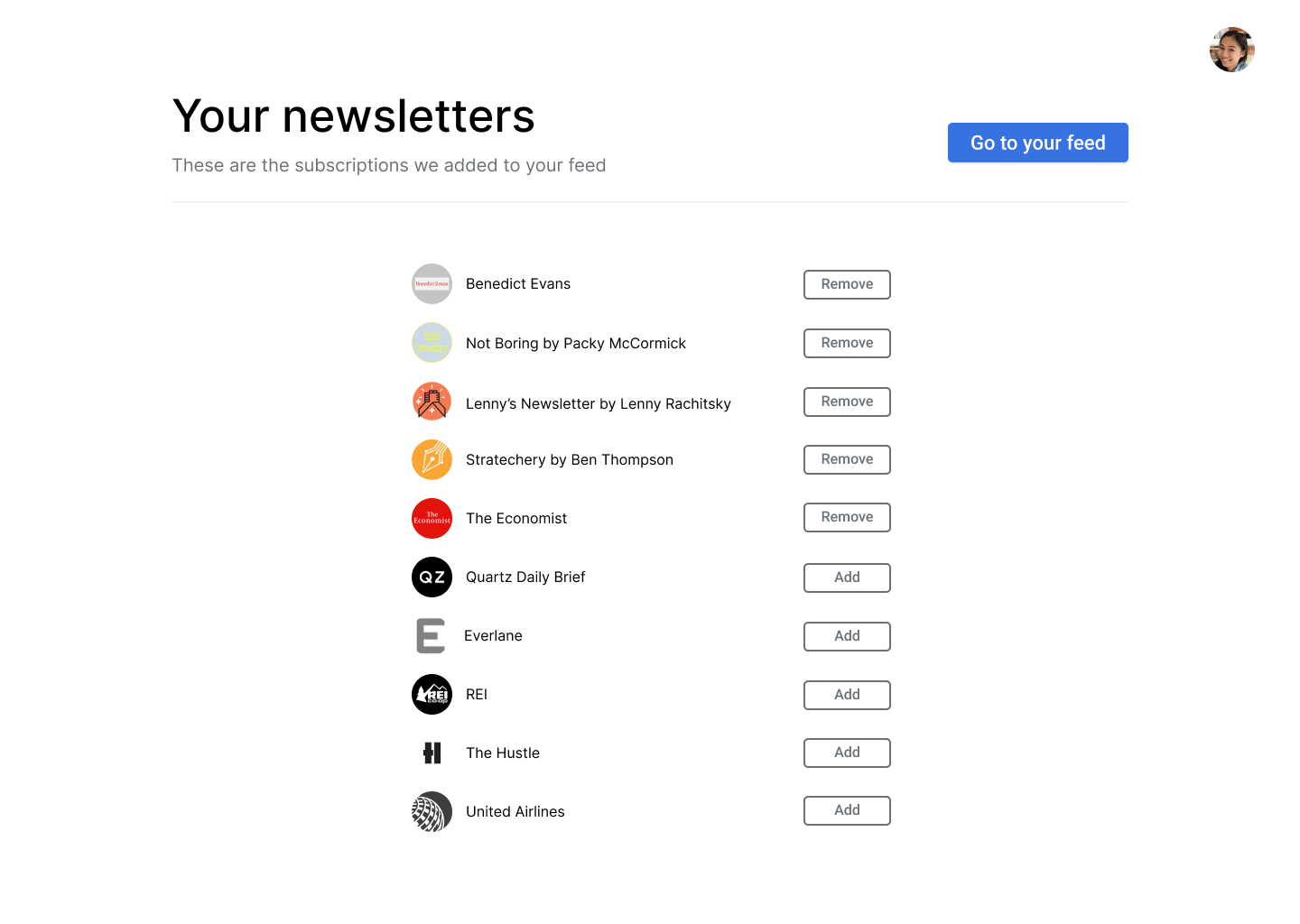 It is clear to me which newsletters I have subscribed to and which not. Hover effect is a bit hidden IMO. I think it is uncommon for a checkbox to "move" things around. Usually, you activate or deactivate a setting. Why not show the checkboxes all the time and make it a plain and simple list with checkboxes?

It is not clear to me which newsletters I have subscribed to. Ofc, you can deduct it from the greyscale images, but that is too subtle IMO. Also the list seems to be arbitrarily ordered and not alphabetically (if somebody does not get that it is actually two lists). You might go around this by using a toggle switch which communicates both state and action. But then again, why not use an alphabetically sorted list with checkboxes?

Not the answer you're looking for? Browse other questions tagged lists checkboxes onboarding or ask your own question.

18
Best way to add items to a paginated list
2
What is an intuitive HTML interface for selecting items from a list into multiple subsets?
0
Best UX for accessing a list of clients from a database
3
Add button for grid list
1
Where to place the add and remove buttons for a list box?
4
Is it best to add or remove functionality when using checkboxes?
0
Best practice for numeric list within a card on mobile
0
Recommended option to add item list from predefined list
2
What is the best practice to collect user interests after onboarding?
7
UX Best Practice: When to remove item from filtered list?