Any alternative for FAB suitable for this situation?

I'm actually a developer so I don't know a lot about design. this is the first web-app I'm developing and designing. it's for writing topic-journals and each item in the list is a text file.
I tried to make the web-app look simple using only black, white and grey. it's almost like twitter but without the blue. 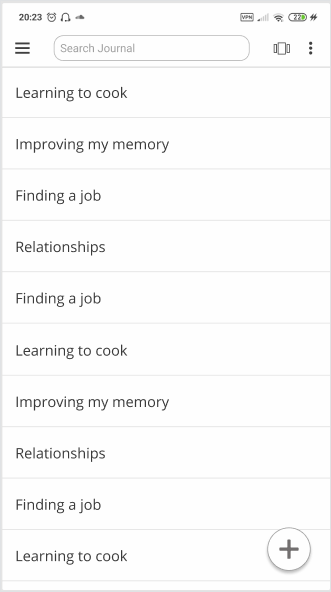 the list is the most important thing, so I made the top bar to be narrow. this way it doesn't get the attention more than necessary. in this page the user most often scrolls the list but not so often creates a new one. so the button for creating a new file, which is a FAB with a '+' icon, shouldn't stand out that much. but the shadow is making it bold, to stand out and taking the attention of the user.

If I remove the shadow from the button, it looks somehow confusing and ugly. if I change the color of the circle to black(or grey) and the plus to white, aka switching the colors, it's no longer confusing and ugly, but it becomes even bolder. 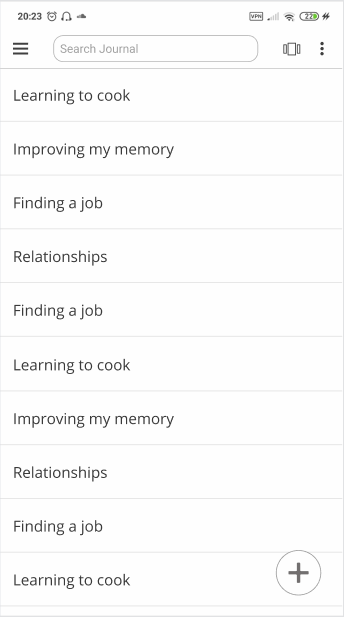 another way could be to put the button in the list, and hide it unless the user scrolls from the top(showing it once when the user opens the page then hiding it with an animation so the user knows it's there) but I'm not sure if I'm designing it incorrectly or if it's just a bad idea, one bad thing is that the user has to do two actions instead of one: 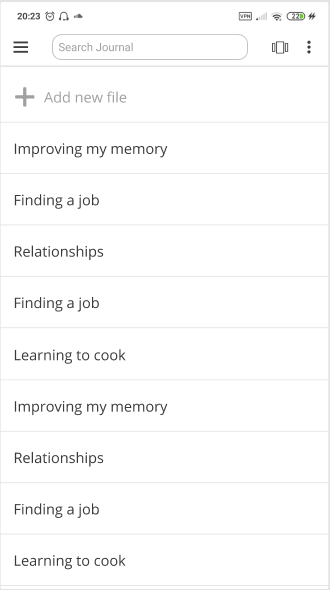 The app will have a grid view of the list too. in the grid, the FAB will cover one file's name.

I'm sorry for the low quality pictures.
Thanks for any help you are able to provide.

Update: it seems the best option would be to put the + button in the topbar, and putting anything that is in the topbar, except for search of course, in the humburger menu.

Update: this is what I finally did, similar to ios, and everything else went to the humberger menu. thanks. 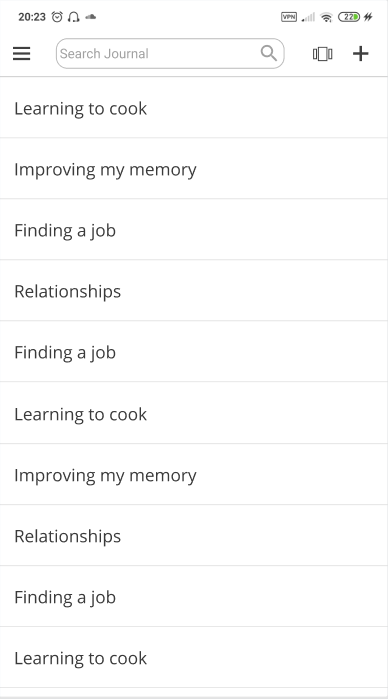 based on my understanding of your question, adding to the list is a rarely used action and you prefer another (more subtle) way of adding in instead of using a FAB so that the action to add to the list is not emphasised.

Like to propose 2 subtle ways you can consider to do this. 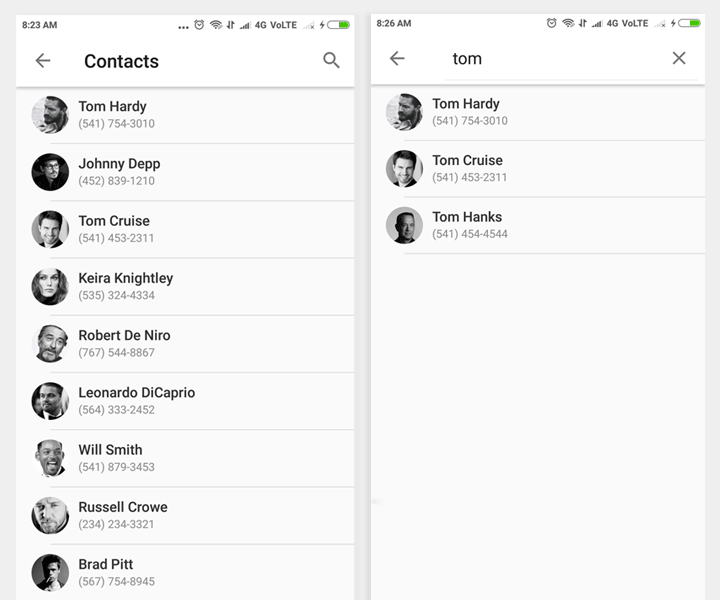 Although I should highlight that I am not a programmer by training so I'm not sure if these suggestions can be implemented.

Not the answer you're looking for? Browse other questions tagged web-app or ask your own question.

5
Is it appropriate in a touch-based mobile web app to place the equivalent of “apply” in the header?
14
Which is a good method for delete without confirmation?
11
How best to show the 'weight' (importance) of bullet-ed items in a non-intrusive (creative) way?
1
Four different types of actions need to be applied to elements in a list on a mobile phone. How do I organize these actions?
1
How to offer the user a large number of list to run
1
How to display view options buttons in a top toolbar in mobile and desktop?
1
Button or link for new item form
6
Adapting Outlook-style master-detail to a non-full-screen view
1
A variable number of inputs in a small bar
6
Filter/Sorting best practice in Material Design?