Assignment of one category for each object, What's the best practice to achieve?

I'm designing a new product where the user can import their current apps to the system. In the system, there are 4 categories that represent the stages for product development: test, dev, QA, production. By default, all imported apps will be in the test environment.

A couple of limitations

Is there a common practice to design the interaction? What is the common mental modal?

I have two variations in mind. 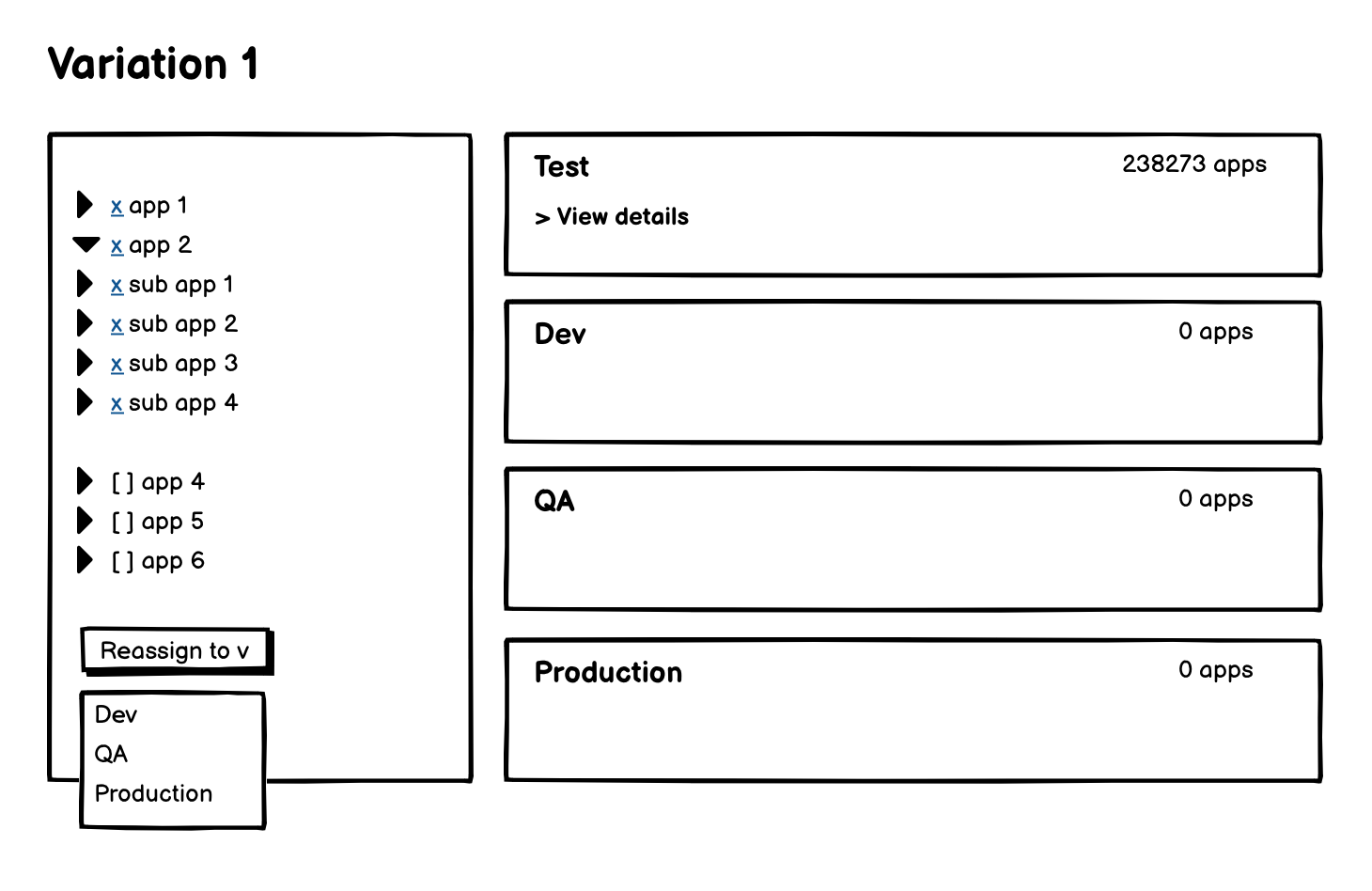 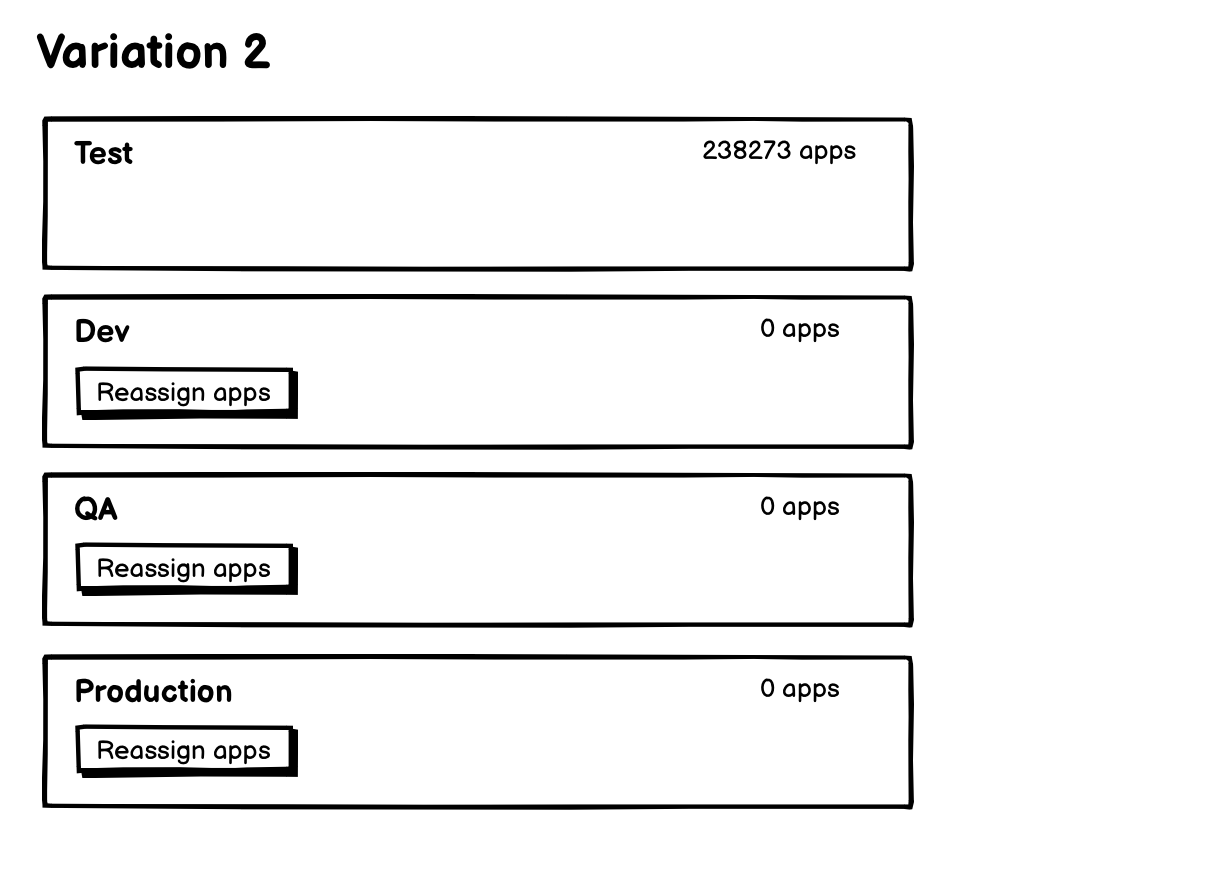 Browse other questions tagged interaction-design categorization microinteractions or ask your own question.

59
Best UI pattern for letting a user assign items to groups
2
Hiearchichal Selection for Grouping (ie Teams)
4
Working groups, 2 different approaches
1
One interface for adding users to groups and groups to users
1
Imported records - how to notify users?
3
Should we design for matured system or evolving system?
8
What is best UX to avoid 6 buttons and how to make it more user friendly?
1
end selection best practice