In a Desktop application, should the recent file list placed directly in the file menu

A desktop tool mostly offers recent files. I am used to press Alt+F and then 1 to open the first recent files. It seems that I learned it from Notepad++. I thought it was a "platform convention" (refs Usability Guidelines), but it doesn't seem like that.

Here are some examples. What would you recommend why? Maybe I am a too old-school user wanting to have the list of recent files with one action (one hotkey), not with a combined action (two subsequent hotkeys). 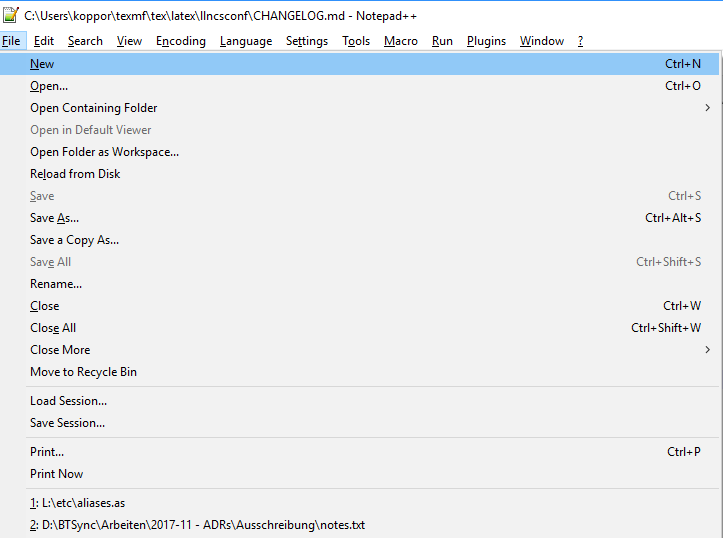 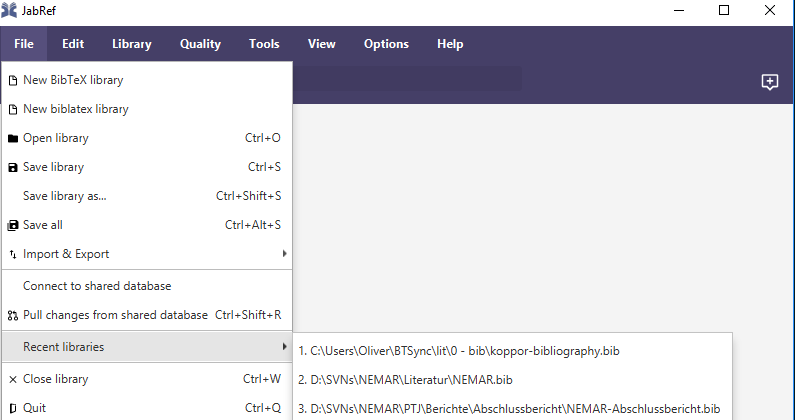 From an UX perspective, having the file available with two clicks would be preferable than hiding it in a submenu a click further away.

However, such menu doesn't get filled in a vacuum, and it may make sense to require an explicit action from the user to use those entries. Hiding them in a submenu lets the program to defer calculating them until the user wants to use it.

Suppose that the recent file list only shows existing files (if you opened e.g. a temp file which was later deleted, it is not shown). Showing the recent files will require checking file existence until N items are found. For local files, this will be pretty quick, but if the lives in a network filesystem, an optical drive, or even a floppy(!), it will cause a noticeable delay (and perhaps also an audible spinning of the drive). You don't want to delay showing the contents of the File menu for several seconds while you are preparing the list of recent files when the user actually wanted to use a completely unrelated item.

Your example shows the problem very well. If you put the filenames directly into the File menu, the File menu expands and shrinks. This may be confusing, as at first glance all of the File menu seems to have changed.

The solution: indirection or fix the menu width and use ellipses (...) where there's not enough space for the whole filename.

Not the answer you're looking for? Browse other questions tagged usability interface desktop-application best-practice keyboard-shortcuts or ask your own question.