Context I am working on a design where I have containers that hold different types of objects. These objects are used within each other / dependent. We are displaying them as a tree in a table format with columns that have attributes attached to the objects.

If objects in a container are set as public, those objects can be used /referenced in another container. Those objects are being displayed with a referenced icon in the object dedicated attribute column.

Challenge It is not clear enough for the users that the objects that are references, aren't actually sitting in the container, but rather are just things used from somewhere else.

I need to display them in the container that references them because of complicated dependencies, usage between the objects, merging the dependencies between objects, etc so I am thinking to improve as follows:

I am not sure this is enough and I was wondering if any of you encountered something similar? Do you have a better solution / pattern that would work for such a use case?

Note: users can filter by attributes, referenced or not, from the table header, but somehow that is not enough. 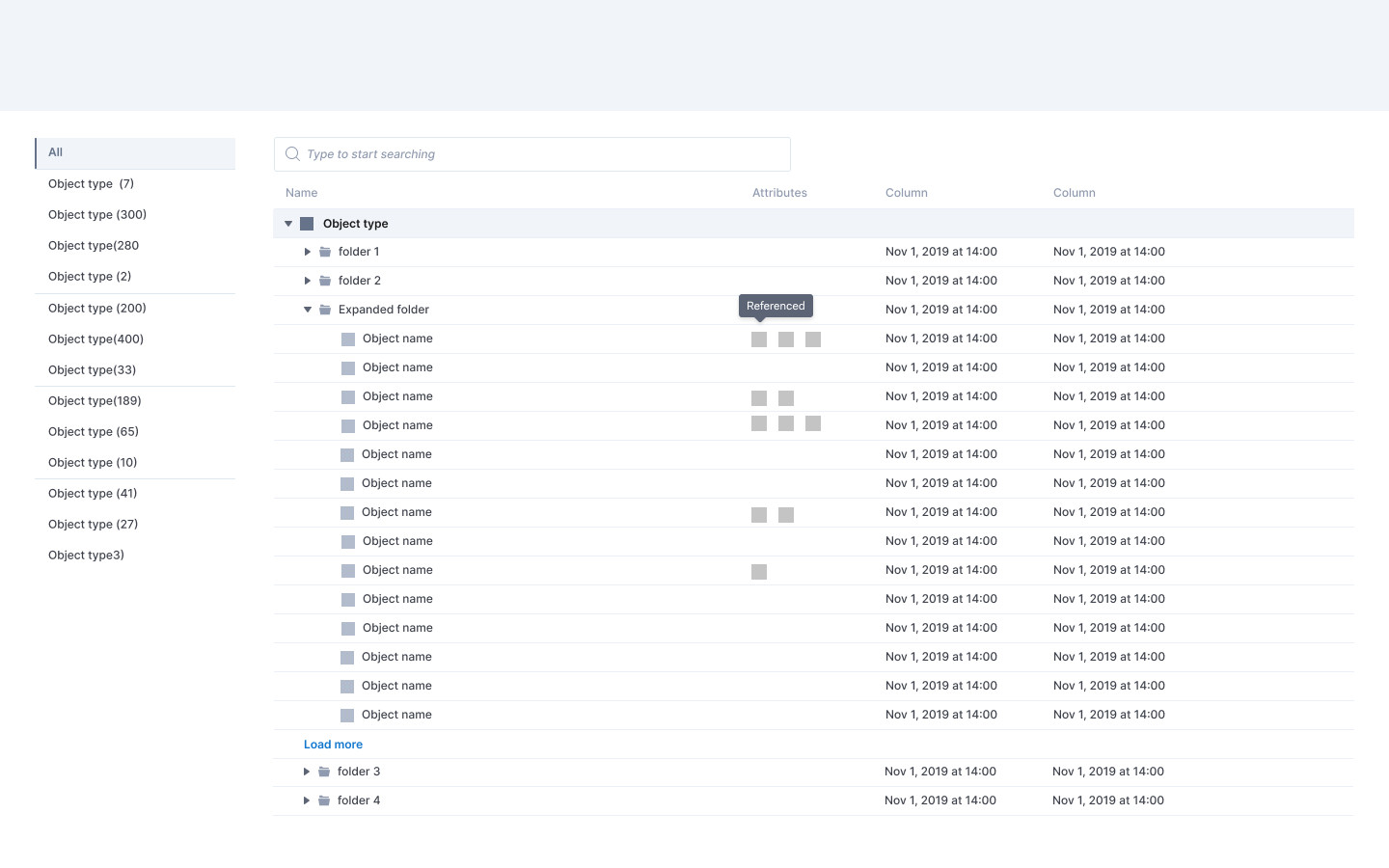 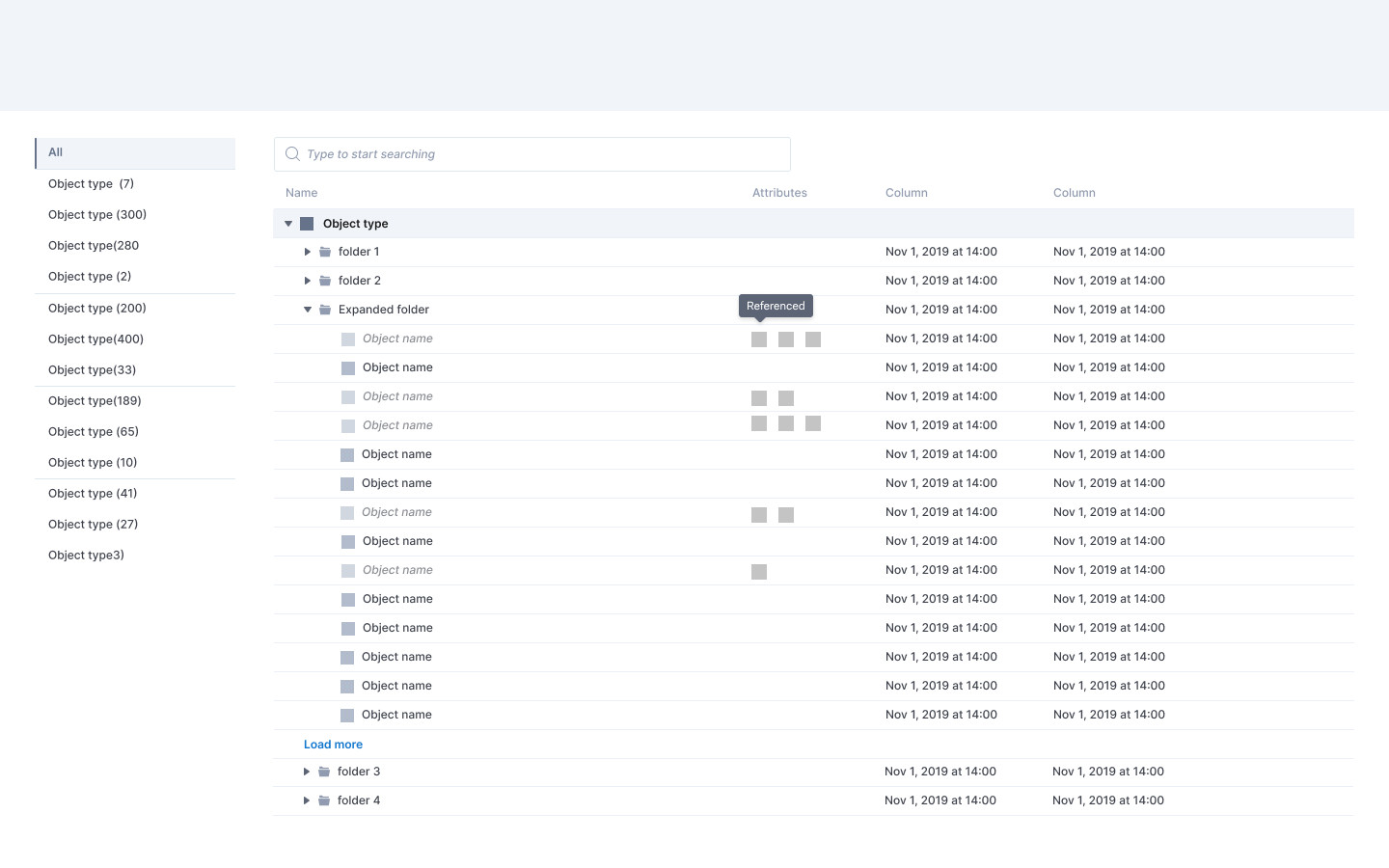 This reminds me of Google Drive's sharing feature, where a file can have a different owner than you, but are displayed in your drive.

They show this by adding a column with the name of the owner, or "shared by": 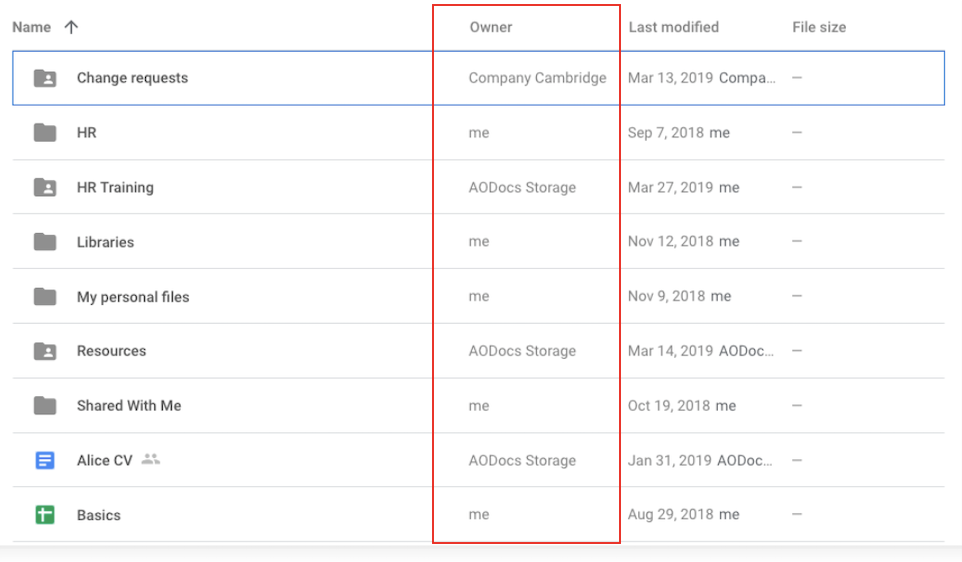 Similarly, you could extract this piece of information to a "Enclosing Folder", "Parent Folder" or "Referenced Folder" column and write+link the parent folder name. Additionally, you can introduce a new folder icon to teach the user what a referenced folder looks like since only folders with values under the column "referenced folder" have this new look. After a while, they will make the connection and becomes a learned behavior. 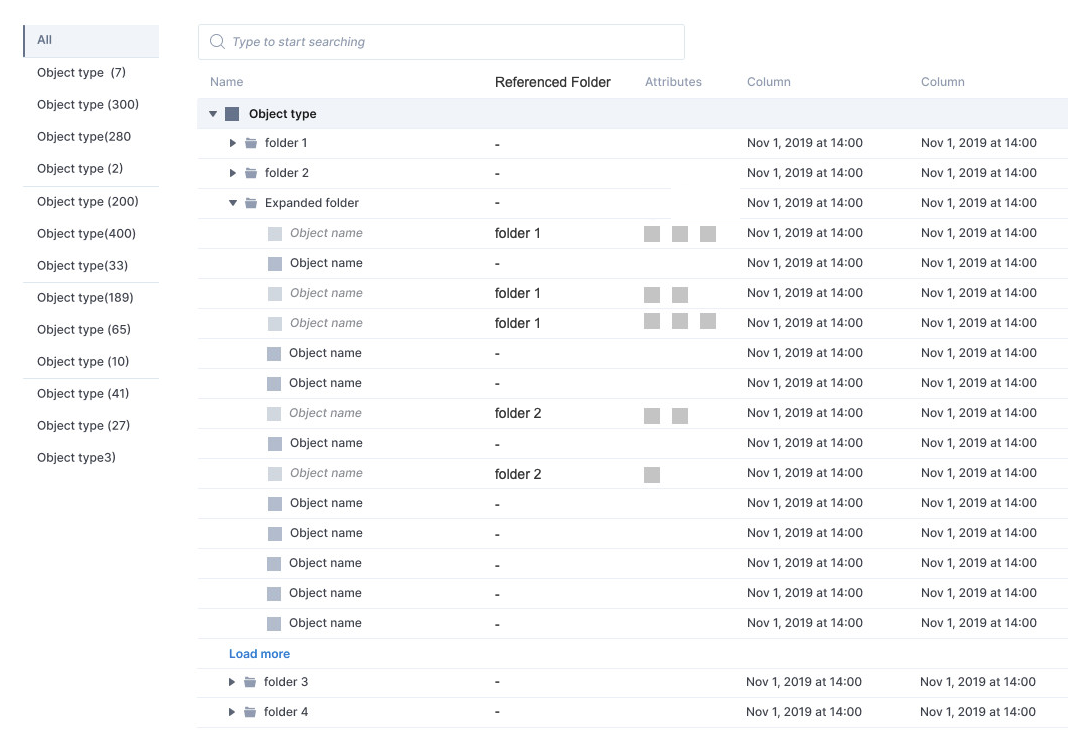 The current implementation may have a few issues. (1) Users are unable to understand uncommon icons without learned behavior. (2) The icon is mixed with other attribute icons, making it less distinguishable.

There are probably other considerations missing here, such as what other attributes the other icons signify, but in general, be direct and descriptive about what you are communicating. An icon and reduced opacity are visual suggestions that can carry hundreds of meanings. A descriptive word tells the user exactly what it is, no need to guess.

Not the answer you're looking for? Browse other questions tagged design-patterns data-tables or ask your own question.

5
Best practice for in-page search algorithms (not SEO for Google or the like)
2
How to map dependent attributes into a table?
3
What is the best way to responsively display large amounts of tabular data?
2
What's the best way to show resize handles for objects
4
Simpler query builder UX for querying OLAP / Dimensionally Modelled data
4
Assigning to multiple groups
4
Complex form design pattern, common shared values, mixed with unique input values
0
Where is the most conventional/best place to add actions for items inside datatable?
1
What is this table format called?
3
Dropdown menus: Should the parent item be clickable?