I have a problem with applying configuration to two groups of devices. The config is applying IP security settings to routers. For any industry setting user can specify "allow/alert/deny" for categories of sites.

In the case that each group contains the same device(s) users will encounter conflicts for any change.  The result is the groups devices will take the latest configuration setting, and the former of the conflicting groups will become untruthful in the UI.

My initial solution for this was to force creation of new (security specific) groups containing unique device lists.

Due to time restraints dev team has used default groups that can allow devices to belong to multiple groups resulting in conflict.

Do you think it is acceptable to merely warn users that devices belonging to multiple groups will cause conflicts?

One option is to omit devices with existing config. But this still results in untruthful UI. 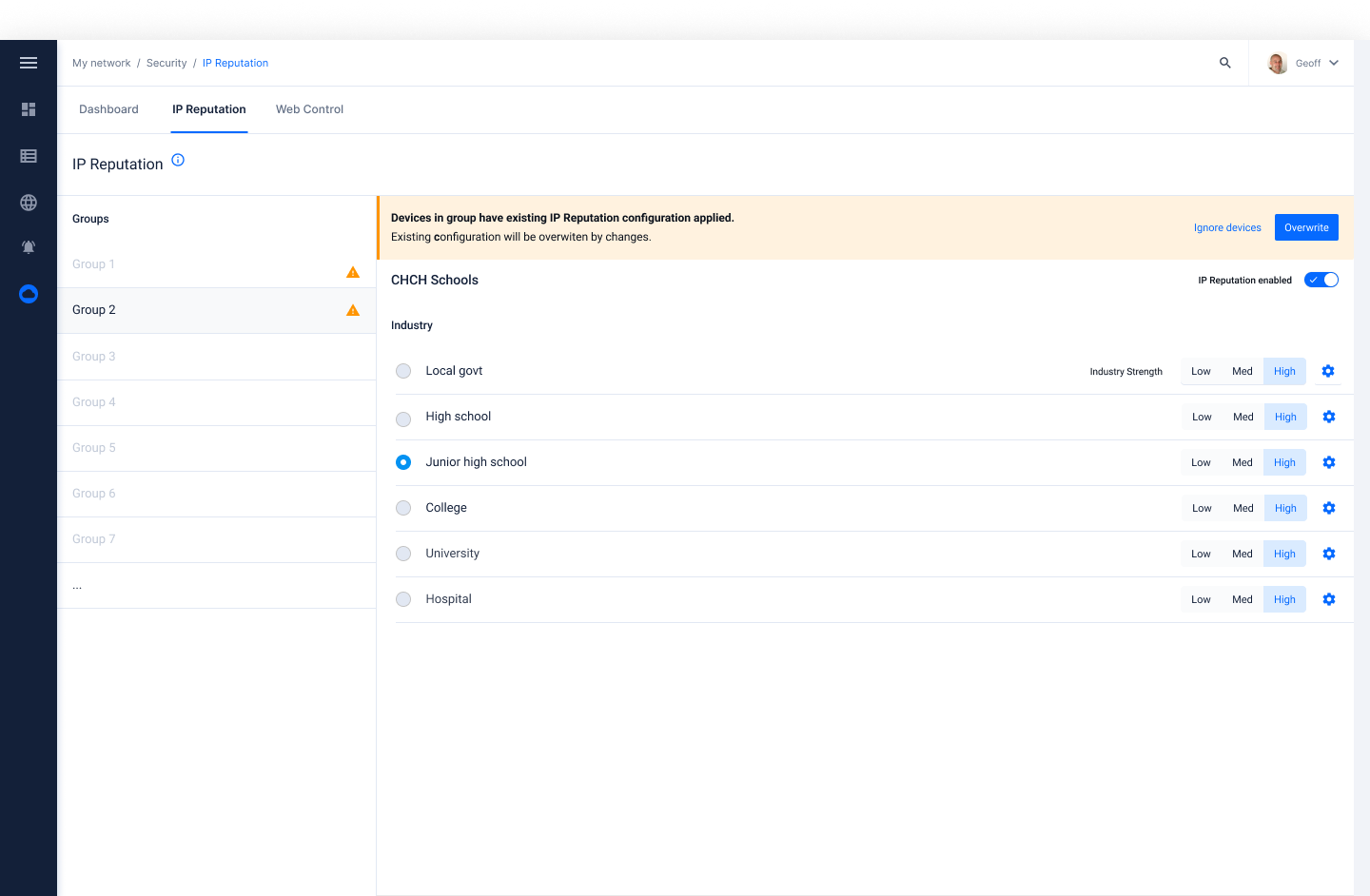 Browse other questions tagged gui-design or ask your own question.