I have an online SaaS which users subscribe to. After a first trial period (one week), users can renew the service monthly. There's no deadline to pay for the service. As soon as the user pays the monthly fee, the expiration date is extended of exactly 1 month, irrespective of when the user pay. So for example, a user may pay three times in a row on the same day to extend the current expiration date 3 months ahead.

This is a very simple model and it works very well.

Unfortunately the SaaS pricing model has another variable: the number of mobile devices per subscription.

Each month a user pays:

where P is the monthly fee for a single mobile device, and N is the number of devices the user currently have.

Now, given a fixed number of mobile devices, the user pays P x N for each month, which is fine, but how to handle changes to the number of devices?

I can't figure out how to handle this. Till now, if a user increases the number of mobile devices, the system asks for a small sum of

This pricing model is extremely confusing to the users which can't figure out why they need to pay such a weird amount (the amount changes every time, depending on when the user increases the number of devices)

Let's say the monthly fee for a single device is $3.99 and the user has 4 devices. Each month the user pays:

Now, the user increases the number of mobile devices to 6. Which means the users added 2 extra devices to the subscription. The user does it 10 days before the current month expires.

As soon as the users does that, the system asks for the following amount of money:

How can I present such computation in a clear way? It requires a lot of wording to explain that (as you can see on my post here)

Any other way to handle this? Giving for free the current partial month is not an option. Delaying the extra payment and attach it to the next renewal might seem confusing as well if the user doesn't remember it. Forcing user to add devices only at renewal time might be frustrating because users may want to add devices right now.

Instead, removing devices is extremely easy: the system allows the user to decrease the number of devices at any time and for free. As a side effect, the users are incentivized to do it only at the end of the current month but this is not a big deal.

Digging online I found that this is very common problem usually solved by proration billing. There is a fairly substantial amount of literature online. I guess now the question is how to present the billing information to the customer in such a way it's easy to understand

Here's an example of what I'm going to do.

First the user clicks on "change number of users". The user is presented with this page 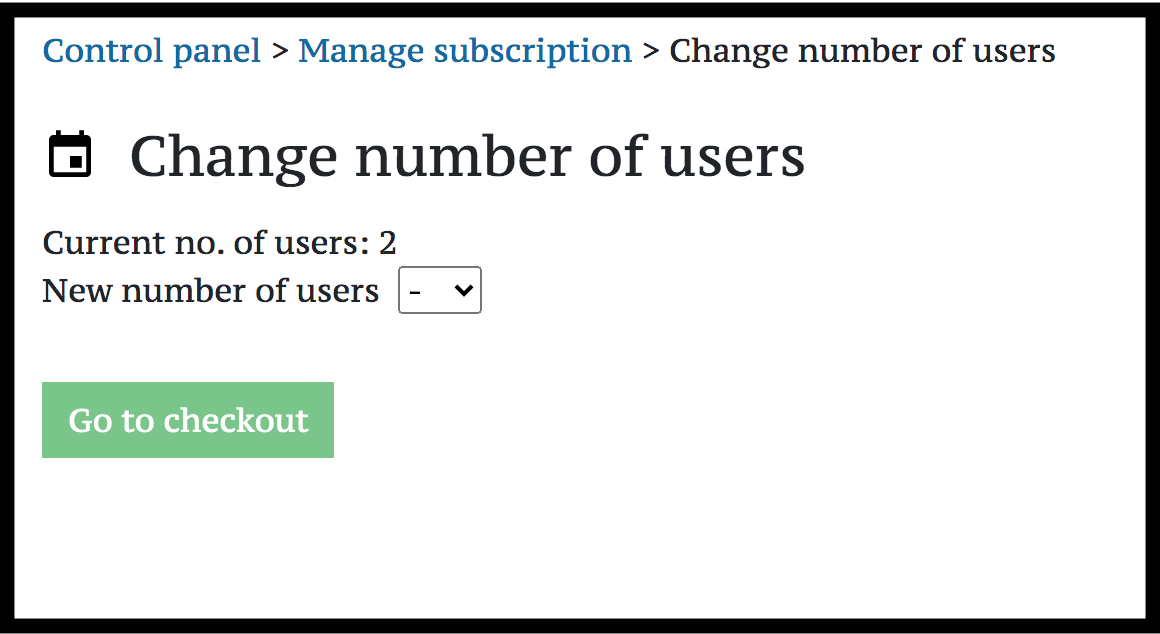 Then, the user select a value from the combobox (the desired new number of users). Here's the updated page: 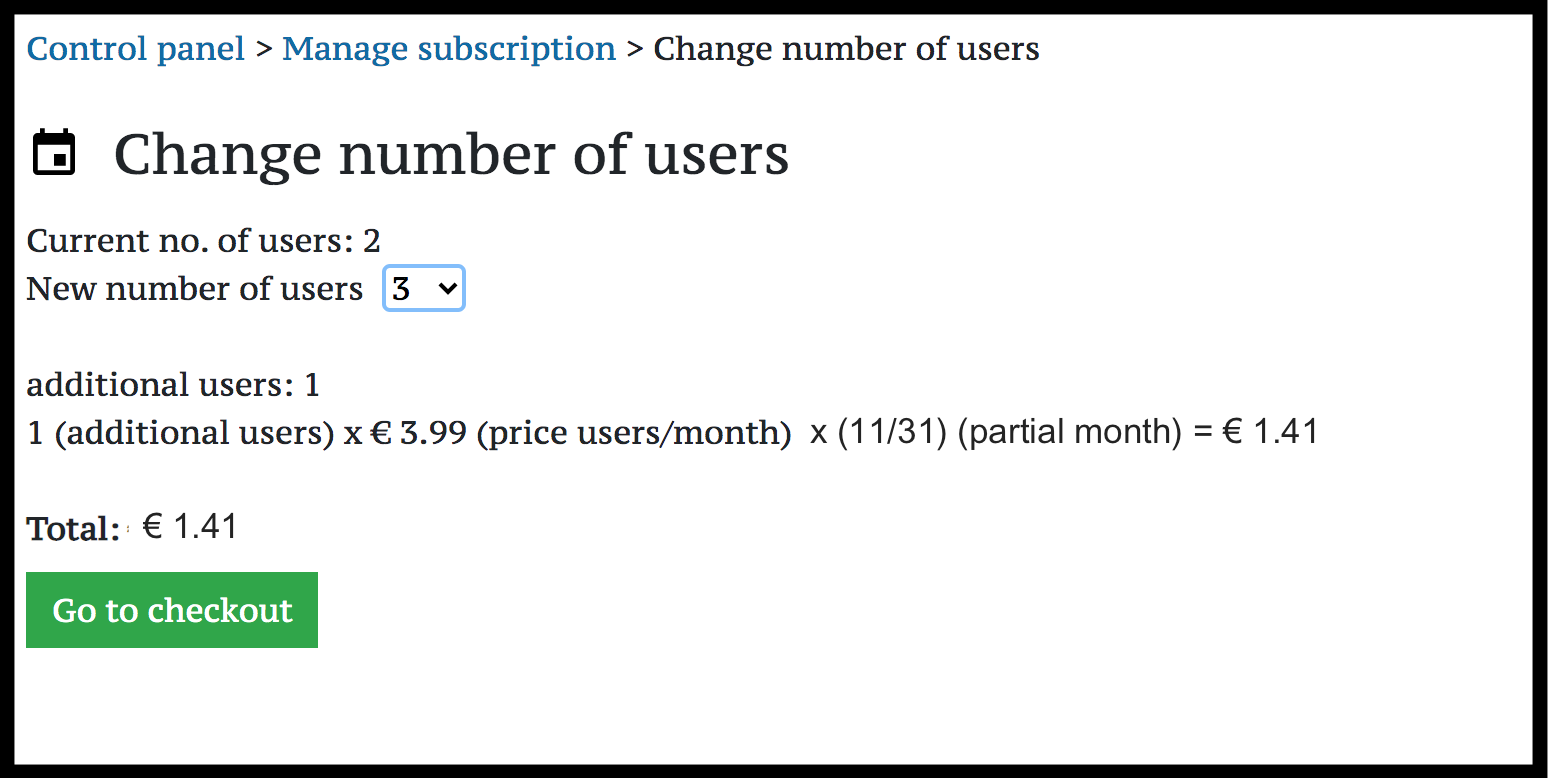 I would be more explicit with the 11/31 calculation. I would also separate the numbers from the explanation in the calculation to make it more easily readable.

I would suggest that you provide the user with a more specific explanation of how you are calculating the costs. Don't just rely on a simple table of values. For example, add some information before the cost breakdown:

The price at checkout is calculated on a pro-rata basis for the remaining days in this month. You will initially pay $1.41 per mobile device for the 11 day period covering July 21st to July 31st. After which you will be billed monthly at a rate of $3.99 per mobile device.

Then you can display your cost calculation more simply as the user will already understand how it is calculated:

I would also suggest you provide a full breakdown of their new monthly bill at some point too. This might be better saved for a summary page after they have checked out. It should contain the total monthly cost going forward for total number of user accounts.

Not the answer you're looking for? Browse other questions tagged checkout payment pricing subscription billing or ask your own question.

3
Make users pay up front or after an application is submitted?
0
How to apply a Changed a monthly plan?
6
Per-user billing without charging the client many times a month?
0
Flow for scheduling payments
4
How to inform user of changes in the shopping cart?
5
What type of payment is best suited for low amount transactions in a e-commerce-like website?
2
Reminder notification for subscription renewal
0
How to handle users editing the amount they want to pay
1
What should happen when the user edits the expiration date for a credit card?