Why does Airbnb put the close button for a dialog on the top left corner?

It seems this pattern is quite common in mobile apps, but not so common on the web. 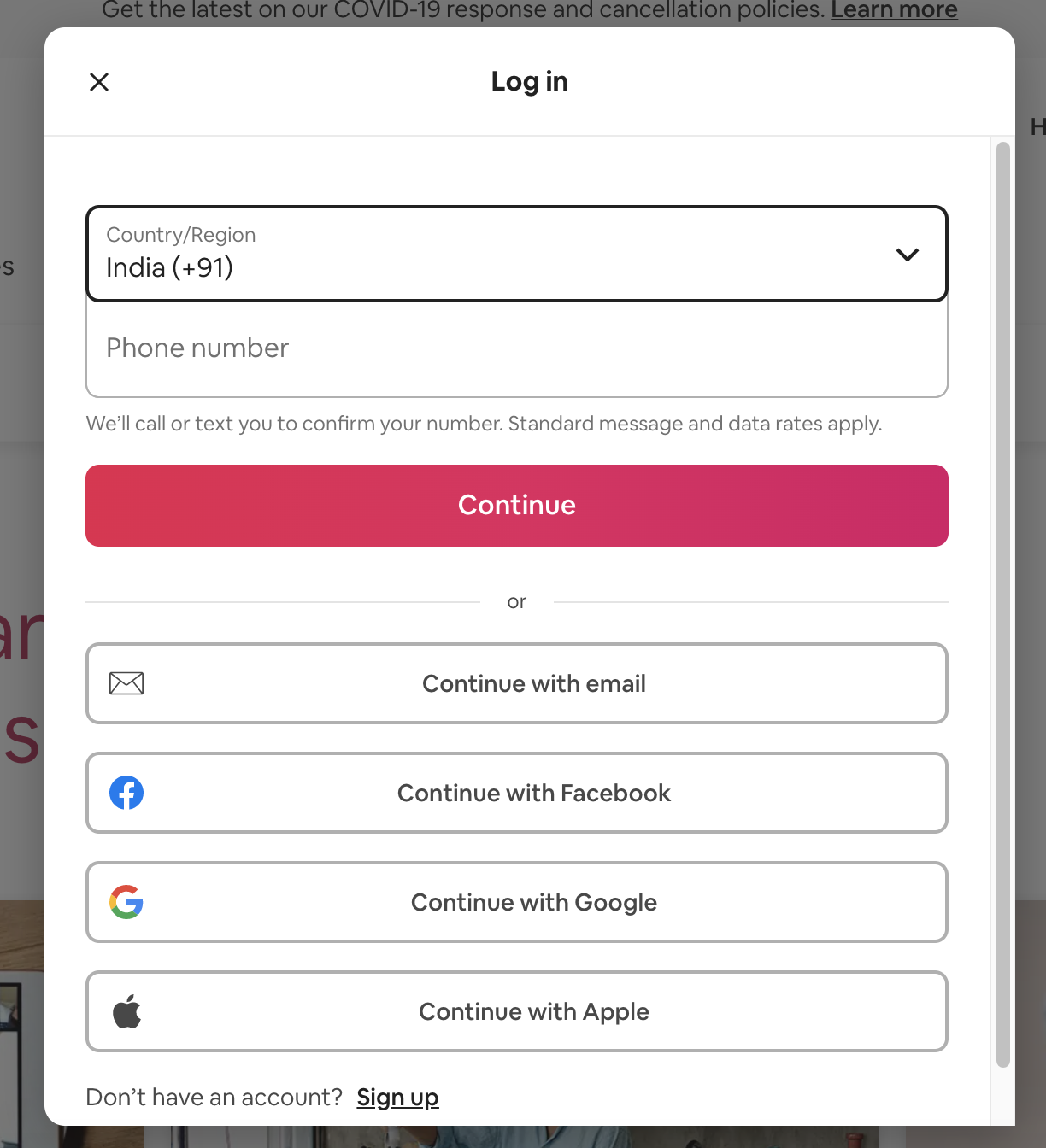 Airbnb is a US-based company. Most of its revenue generated in the US itself. Statistics shows that ios is the topmost OS used in the US where the close button is located at the top left. By placing a close button to left they have persistence and familiar UI across different devices which will reduce cognitive load for ios users.

There are several reasons working together that make this close button on the left side the optimal deicion in this case:

First - Why put close buttons on the left side in apps:

Even if you really want to have the close button on the right side, if you have a large product, you will inevitably have a couple of screens where it is on the left side. Since you don't want to confuse your user, you will likely fallback to the most common place where this button can be - the left side of the navigation bar.

Third - The specific case in your screenshot.

While it would be logical to deviate from your mobile design system in order to serve your desktop users better, you need to consider two additional arguments for sticking to the left side close in this case:

TL;DR: Because close is back; too much stuff on mobile navigation bars; and product and platform consistency.

It may be a result of their design system consistency across platforms combined with a mobile-first approach.

In this article, you can see that although the main navigation are different across platforms (adjusting for conventions), page navigation is consistent. 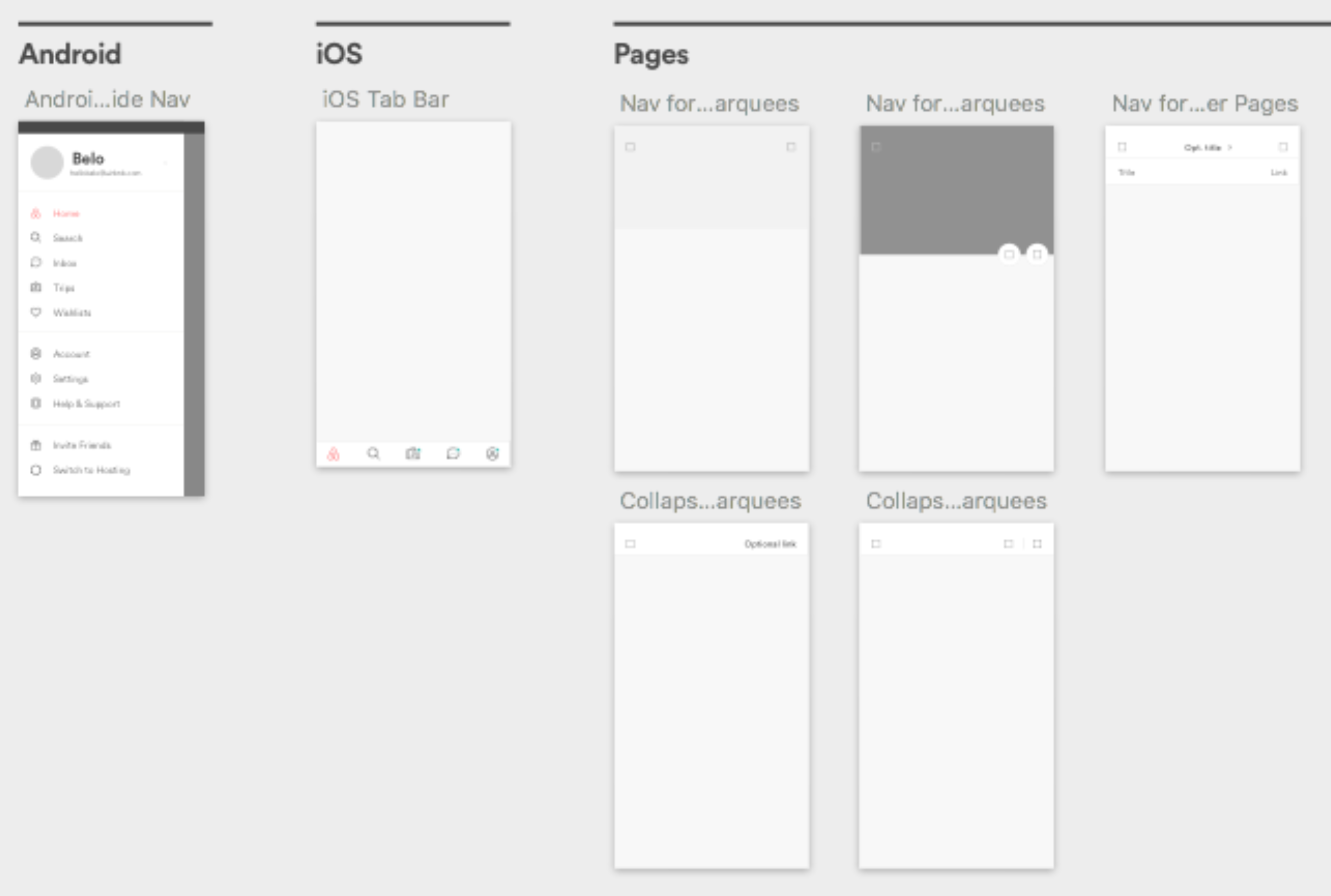 Using the same design system, we can see how it applies to iOS, Android and Responsive website: 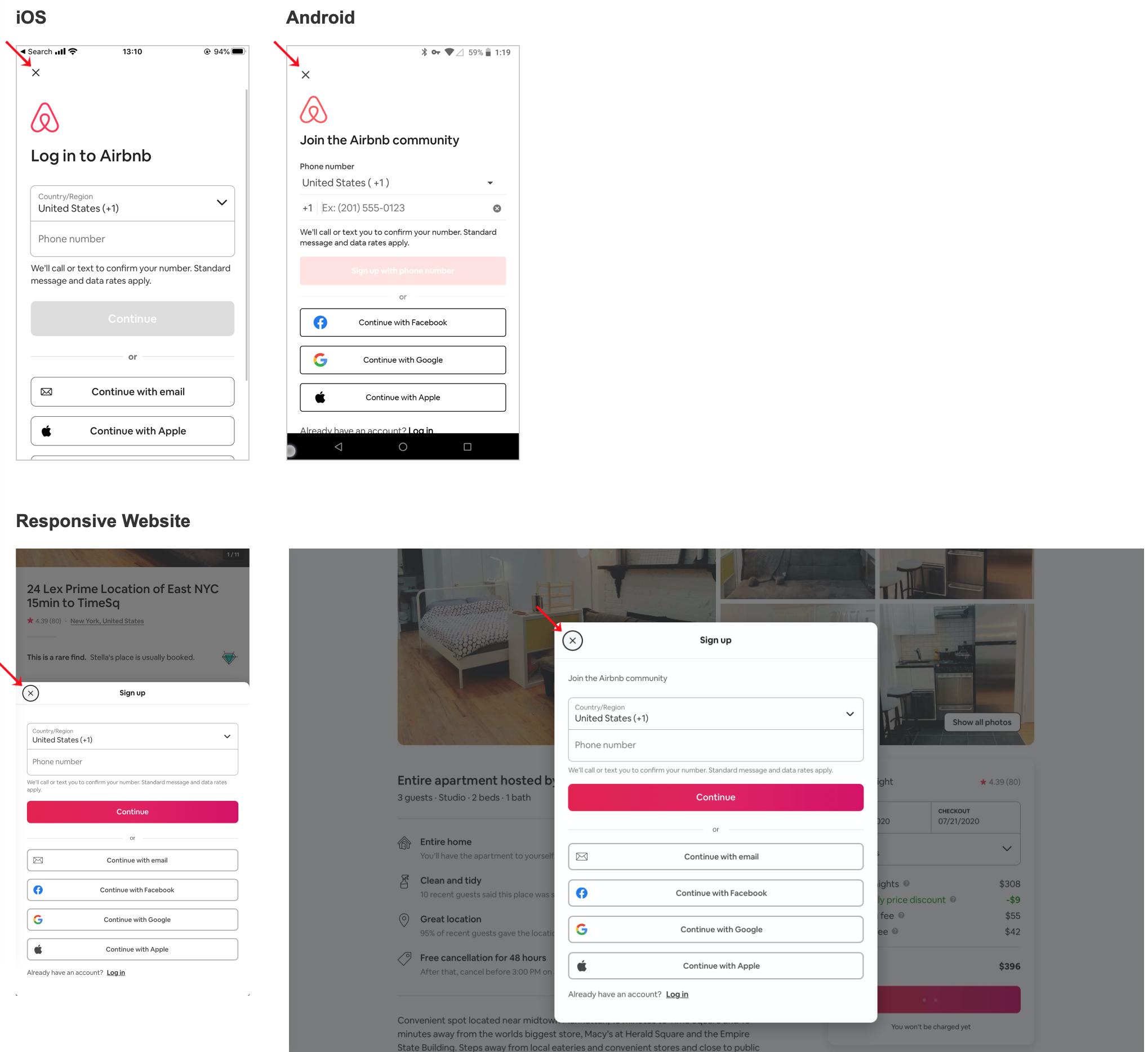 And here it is applied across languages as well, since Airbnb has to account for global usage of their app.

But there is nothing to say that the close button cannot be in the right, as shown during their React Conference.

Finally, it seems that the consensus agrees the button should be on the right side due to familiarity. The definitive answer might change per product and what the target audience is used to. Whether someone grew up with Mac or Windows, how OS instincts translate to web, the types of website they frequent, etc.

Not the answer you're looking for? Browse other questions tagged gui-design modal-windows human-interface-guideline or ask your own question.

1
What UI design should I use for a smartphone app?
1
Why did browsers get rid of the standard menu across the top and now have one button in the top left corner?
3
Microsoft Windows Dialog: No Close Button Scenario(s)
5
Why disable the minimize button?
5
Should a 'delete image' button be on the top-left or top-right?
6
Resource recommendations for designing graphical + command line interfaces?
5
Why is the left button of a mouse the primary button by default?
4
Why do the "reply" and "reply all" icons point to the left?