A/B Testing: Is this how you calculate participants average number of “Clicks to content.”

I am currently calculating using Excel, some collected quantitative data I have from participants. I have so far arrived at this % score:

Note: I know that, the metrics for Task Completion Time is calculated as follows:

My main question: Is there some equation/formula similar for "participants number of clicks" on specific page?

Assuming that the data that you are collecting for the number of clicks is meaningful and directly related to a small change you are measuring (which is probably what you should be using the A/B test for), I imagine that you would want to set up a comparison to show that there is a significant difference (i.e. significance testing) in the number of clicks between page A and page B.

That means I would expect to see two sets of data set out as follows:

Or if you used two different participant groups:

The details are a bit too long to go into it here, but that would be the measure that I would report on. Here is a useful diagram from Investopedia (Image by Julie Bang © Investopedia 2019): 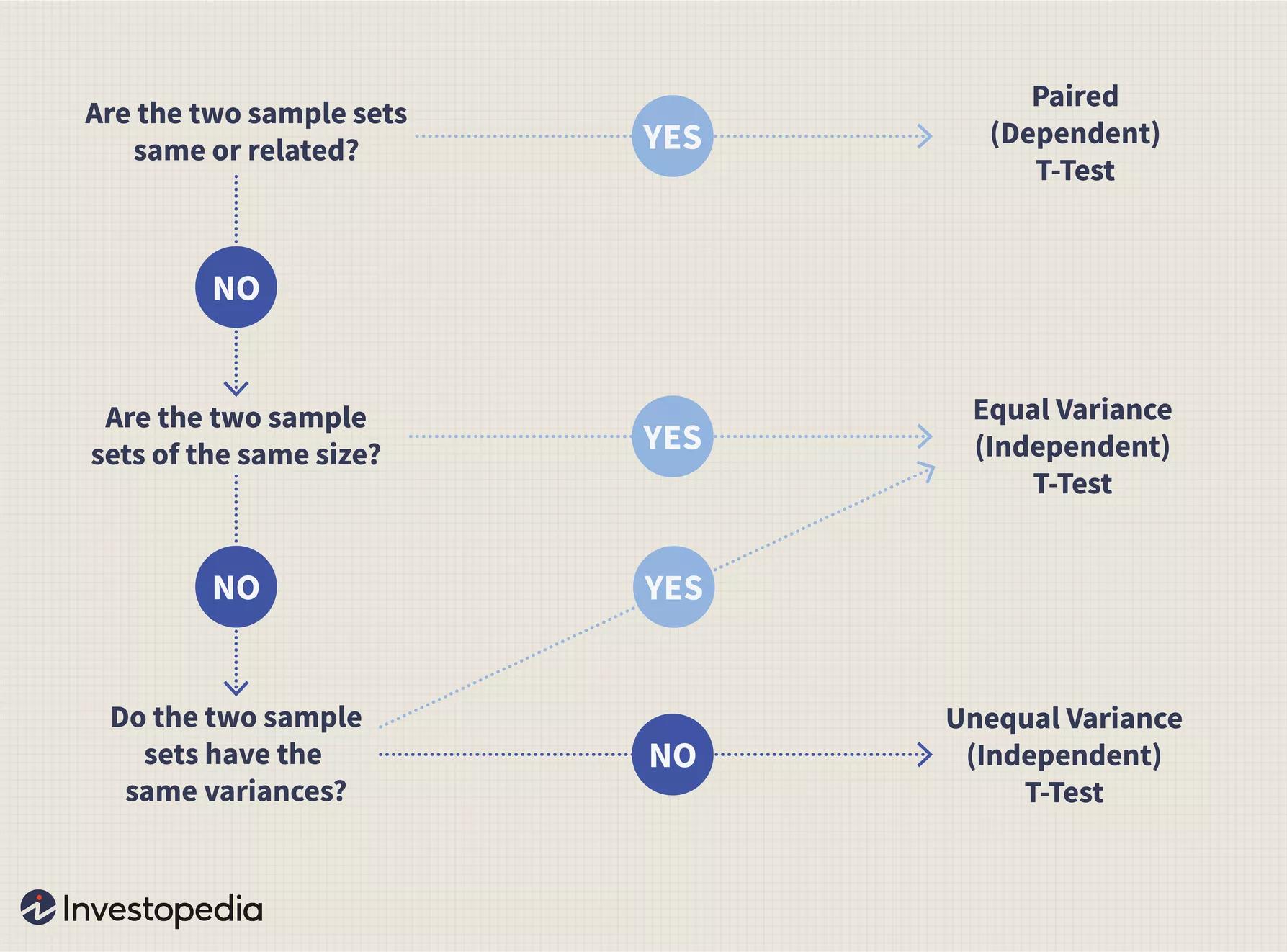 Where you had the same participants click on the two different pages, it would involve doing a paired t-test for significance between the page click values recorded.

If instead these were two different groups of participants, one looking at page A and the other looking at page B, then you would be doing an independent sample t-test (either assuming or not assuming equal variance).

Not the answer you're looking for? Browse other questions tagged usability-engineering metrics or ask your own question.