buttons design-patterns terminology web confirmation
Share
Improve this question
edited May 4 '20 at 17:15
ppbitb
asked May 1 '20 at 22:47 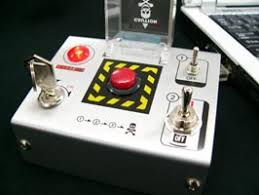 51
Why would one use "enter the name of the project to confirm"?
15
Are there established patterns for delete confirmations other than the typical modal?

12
What is the name of this combined button/popupbutton?
5
Chrome Options UI Pattern Name
13
Is there a name for the pattern of a categorized autocomplete?
16
What's the common name for this button?
6
Name That Pattern: side 'panel'
9
Split button pattern - evidence on usability?
2
Primary/Secondary button placement pattern
1
Is there a pattern name for allowing users to add fields?
2
Name for design pattern used in complex or boolean search criteria
1
What is the name for the UX pattern for showing ambiguous count for likes, votes etc?