Why are Google search results aligned to the left? [closed]

While doing some research on search results patterns I realised Google still to this day shows the results list on the left on desktop while the remaining 99% of websites are aligned to the center of the screen. Why is that?

Before writing this I did browse the forum and got to this earlier article about Google results not being responsive because of rendering time efficiency but that really doens't apply here because they just need to add margin: 0 auto to the search wrapper since the width is fixed on desktop. Then, what's the rationale here?

For mid-sized screens this doesn't pose a problem but on screens larger than 1600px wide this gets annoying fast: 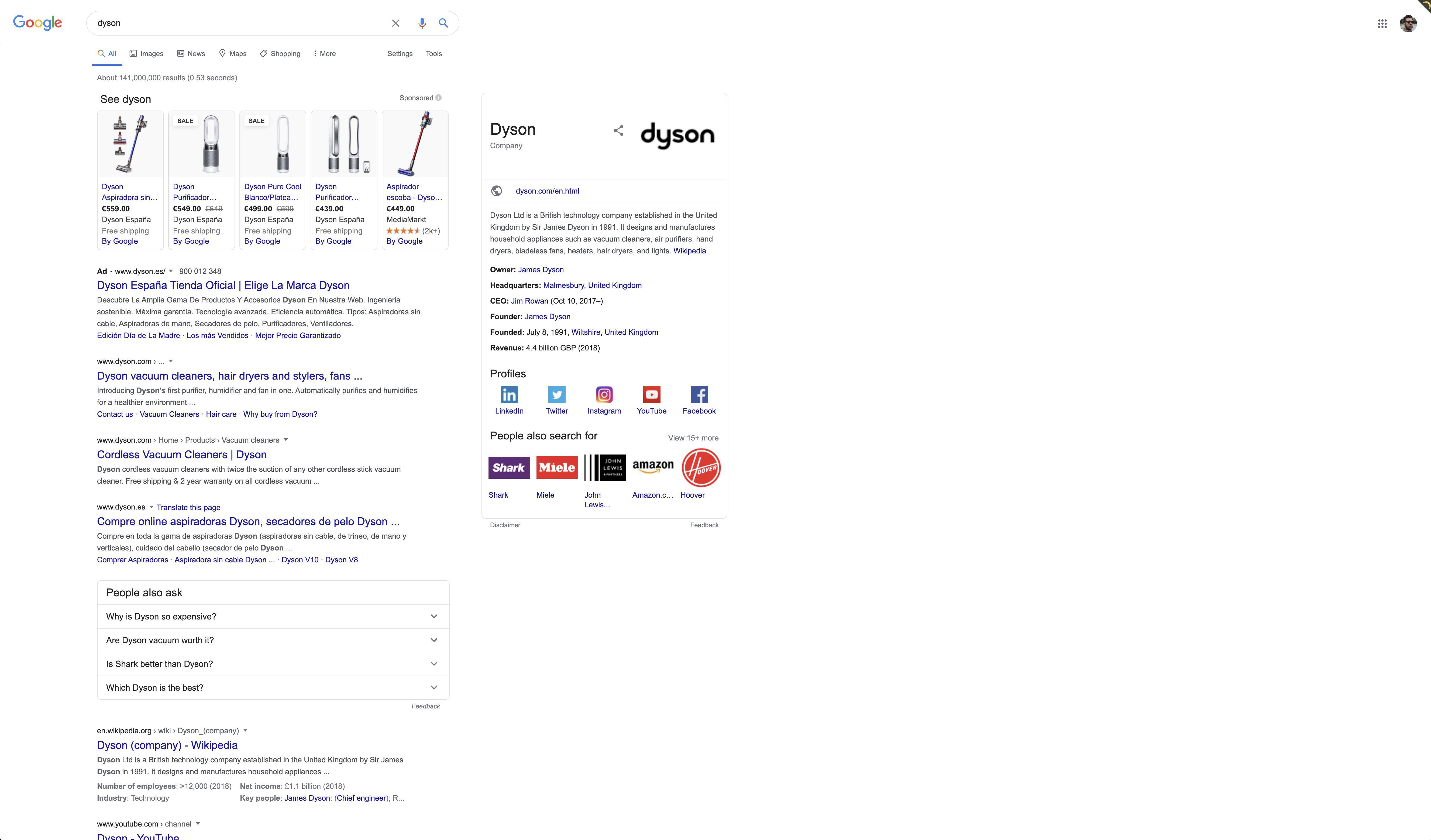 Instead, centering the search, filters and results makes my eyes rest peacefully on the page. Of course other issues start appearing around negative space on the top section but still, I find I can navigate the results faster: 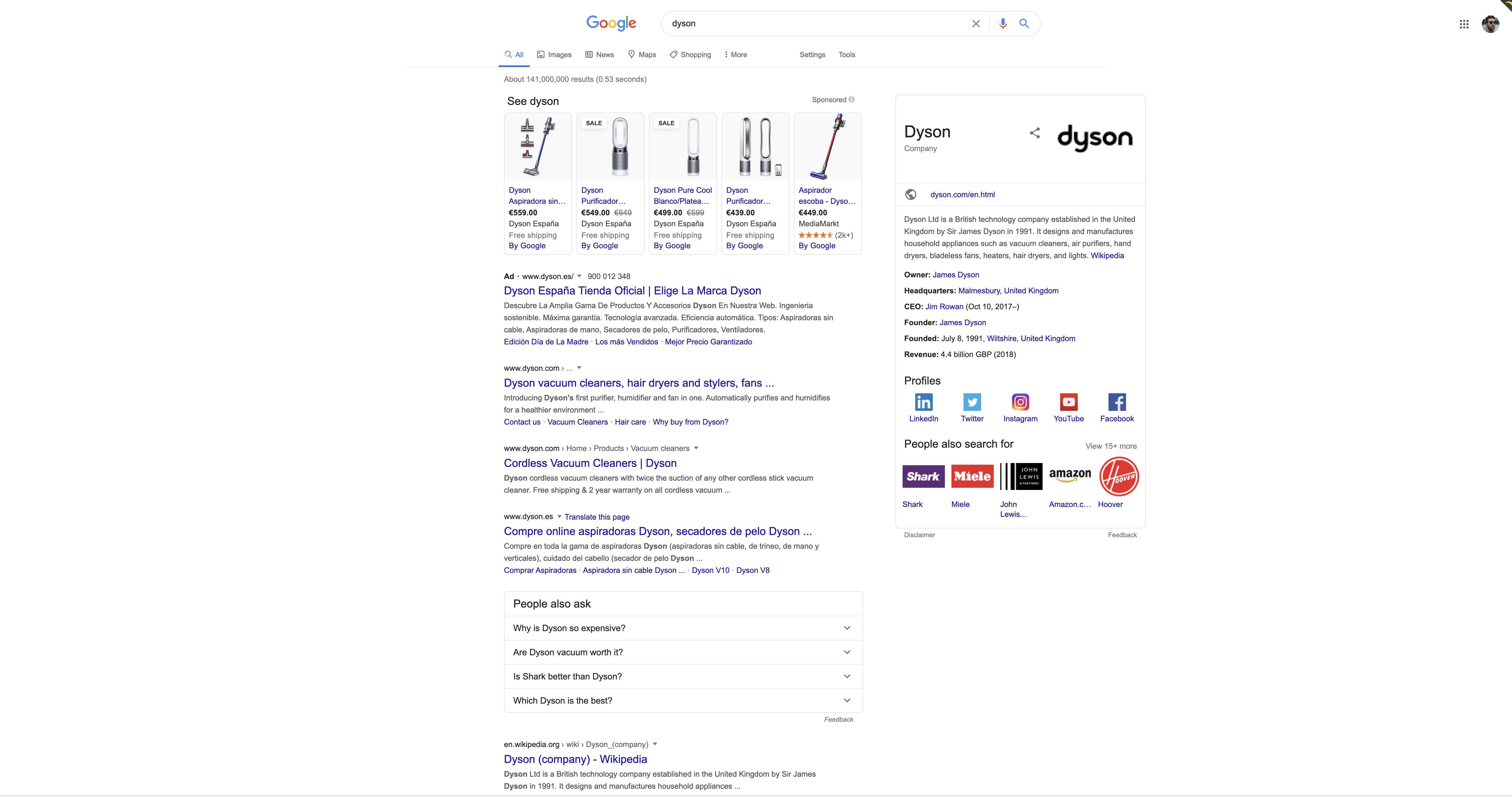 Also, their search welcome page is centered so, which I thought was at least interesting.

We can't ever know exactly why Google has chosen this layout, short of some Product owner answering this question. But some thoughts:

They all do it: 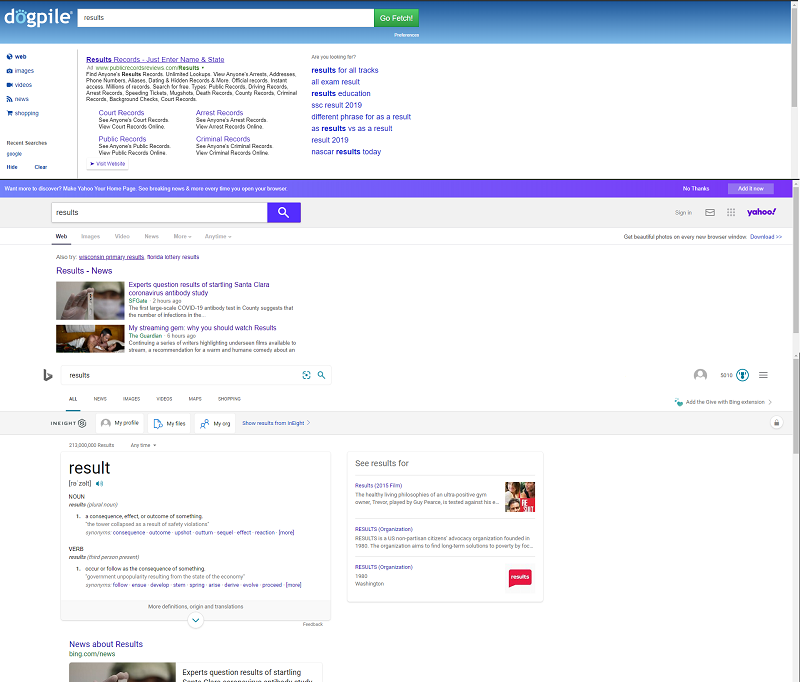 I remember first being introduced to Google. Google was fast, and lean. But the results weren't always better than Yahoo's, and adjusting to the leaner search screen was a little weird.

Over time, I and mostly everyone else made the move from Yahoo, or whatever else engine. But no one enjoys changes like these.

Slowly we also began ditching our small 15 inch CRTs, or our larger 17, and 19 inch CRTs. Even those of with monstrous 21 inch CRTs moved to higher and higher resolutions on wider screens.

But Google always felt pretty safe and neutral. Even with the advent of iPhone and Android, as everything went to responsive and centered. The number of times Google has changed their search results layout so drastically I felt like it was a brand new search engine, is from my memory 0.

Even using the wayback machine, for 1999: Google looks like Google.

Of additional notes: At 1080 I can quite easily fit 2 browsers withe search results in a screen. So If I were writing a paper, and googling things I can do this with google easily and comfortably as is.

At the end of the day, my assumption it is as it is because

1920 x 1080 and 1366 x 768 are much more common than very wide and very high resolution screens. For most users a sudden jarring change is more important I suspect to Google, than pleasing early adopters of huge screens. Especially, as I'd assume it's easier for Google to lose traffic from an older user on an older device than it is to lose an early adopter who buys gear expecting some odd behavior on some sites, as long as the site doesn't lose critical functionality.

Again, pure conjecture: But it's far too much for a comment.

Not the answer you're looking for? Browse other questions tagged design-patterns google or ask your own question.

20
Why is the Google Search Results page not responsive?

1
Google Search Bar?
4
Including URL in search results
0
Should you display author information next to Google search results?
5
Why Google search form is not using auto-focus attribute?
3
Why does Google remove special characters from search?
3
Is Google Trends incremental search intuitive?
4
How to clarify ambiguity of the left arrow in google search autosuggestions?