What are the UX Patterns for complimentary roles in a mobile app?

Consider an application where there are two parties with different roles that co-operate with each other. For example, rider and driver in a ride sharing scenario, or a client and a coach in sports scenario. I can see two options.

In the case of single app, what is a common UX pattern for handling switching between the roles, for example I might be a driver who sometimes wants to be a rider. What are some UX patterns for switching roles. I am making the assumption that the bottom tap bar in the mobile app will be full for each role so I need a different way to switch roles. 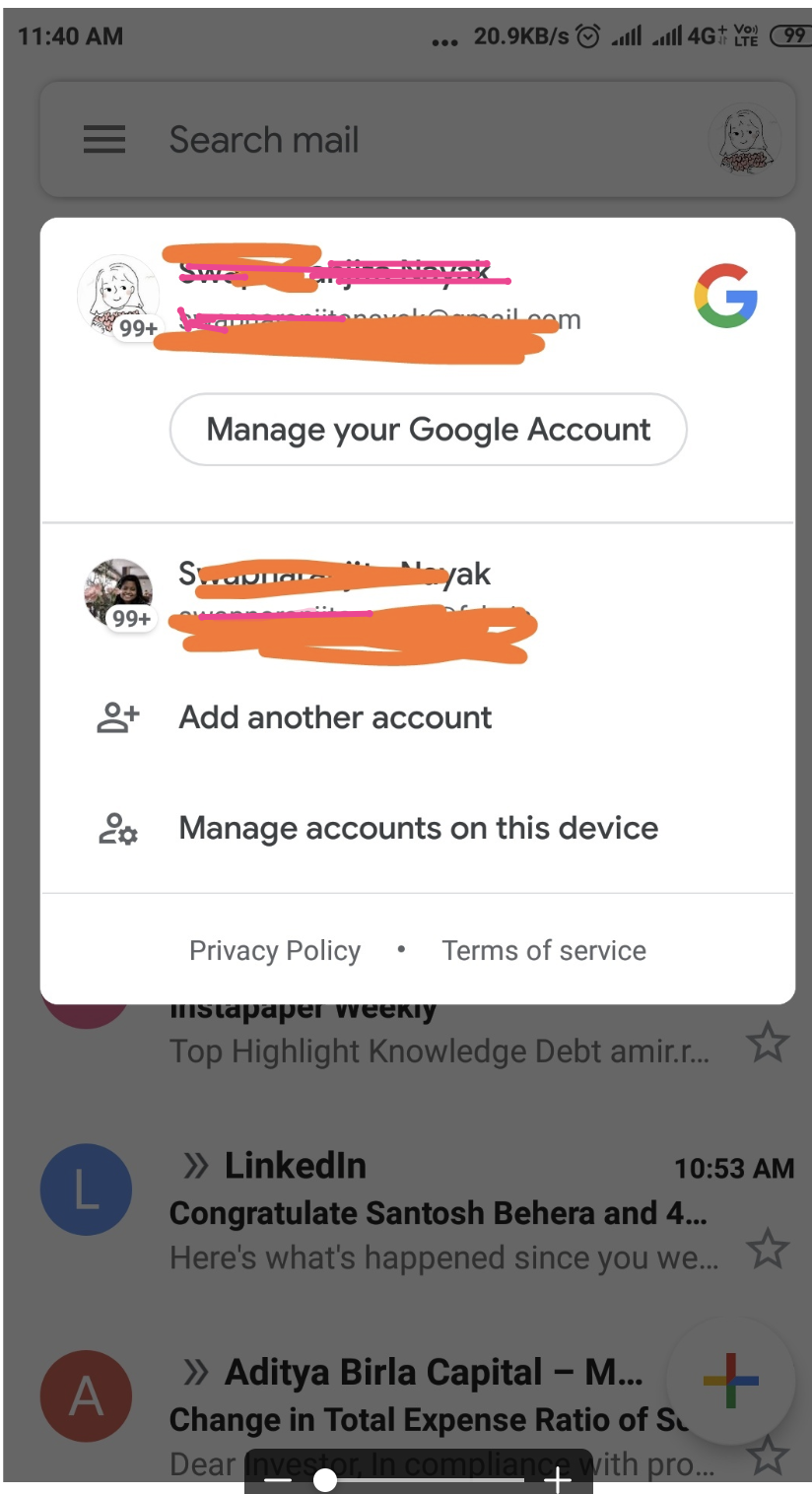 Gmail account switching patterns can be helpful. Have a visual cue in which profile the user is active. To avoid this problem in Gmail, I kept two distinct profile pictures manually.

I'd recommend single App per role. We can see this in ride hailing apps like Uber and Grab. You can also find separate apps used in e-commerce apps.

Not the answer you're looking for? Browse other questions tagged navigation information-architecture bottom-navigation or ask your own question.

2
Displaying Hierarchical Information in a Mobile App
5
What are the advantages of existing real world patterns in Information Architecture
0
alternative to scrollable tab bar for mobile
9
Best design for 'undo' in rich web apps?
1
What is better to use for controls that make an action and change the layout?
2
What should happen when the user clicks on the android 'back' button
2
Best place for notification preferences
7
Design patterns for switching workspaces on mobile