Guidelines for creating connections between different areas of a UI

We have a web application called a genome browser, and we want to draw connections between different areas of the genome. Since this is sort of application specific context, let's imagine a more general idea. Let's say you have two different graphs, and you want to connect points between them 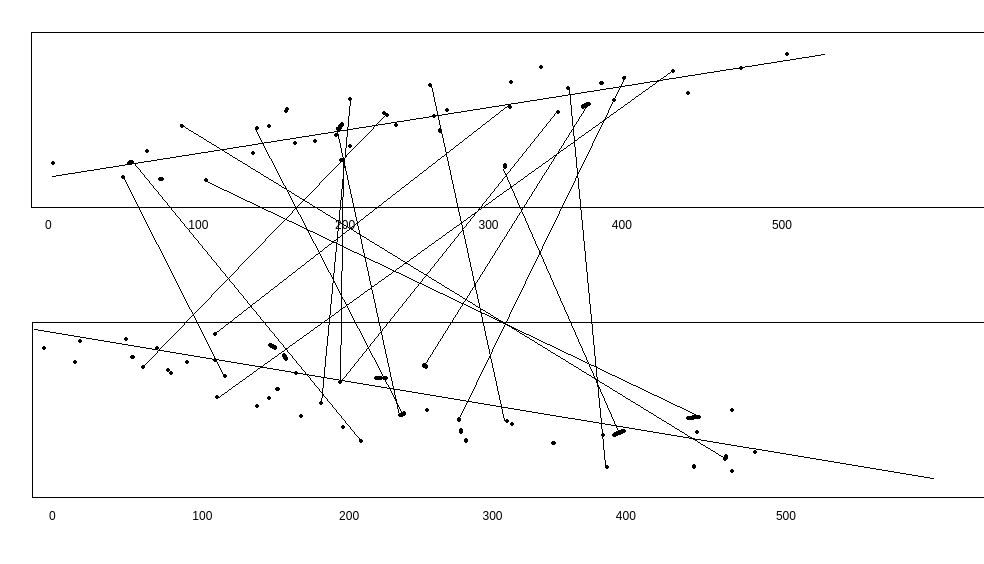 Now at this point, the user interface seems pretty chaotic. Also there are other concerns like

Those are just a couple concerns. The overlay often results in at least some visual chaos and conceptual confusion, even though it can kind of help in some cases too. Are there any guidelines or similar user interfaces in other apps that have these types of concerns?

Since you have multiple graphs with multiple data points, try allowing users to directly select or search using a 'starting point'.

If they need to select more than one point, each subsequent selection can add a chip, and the data points could be another color. Having the starting point in a chip also means unselecting can be done by clearing the chip in the search bar as well.

This way you're creating an ad hoc legend, in which you could limit it to a few starting data points to keep down visual clutter. You can allow them to toggle the edges if it brings more clarity. 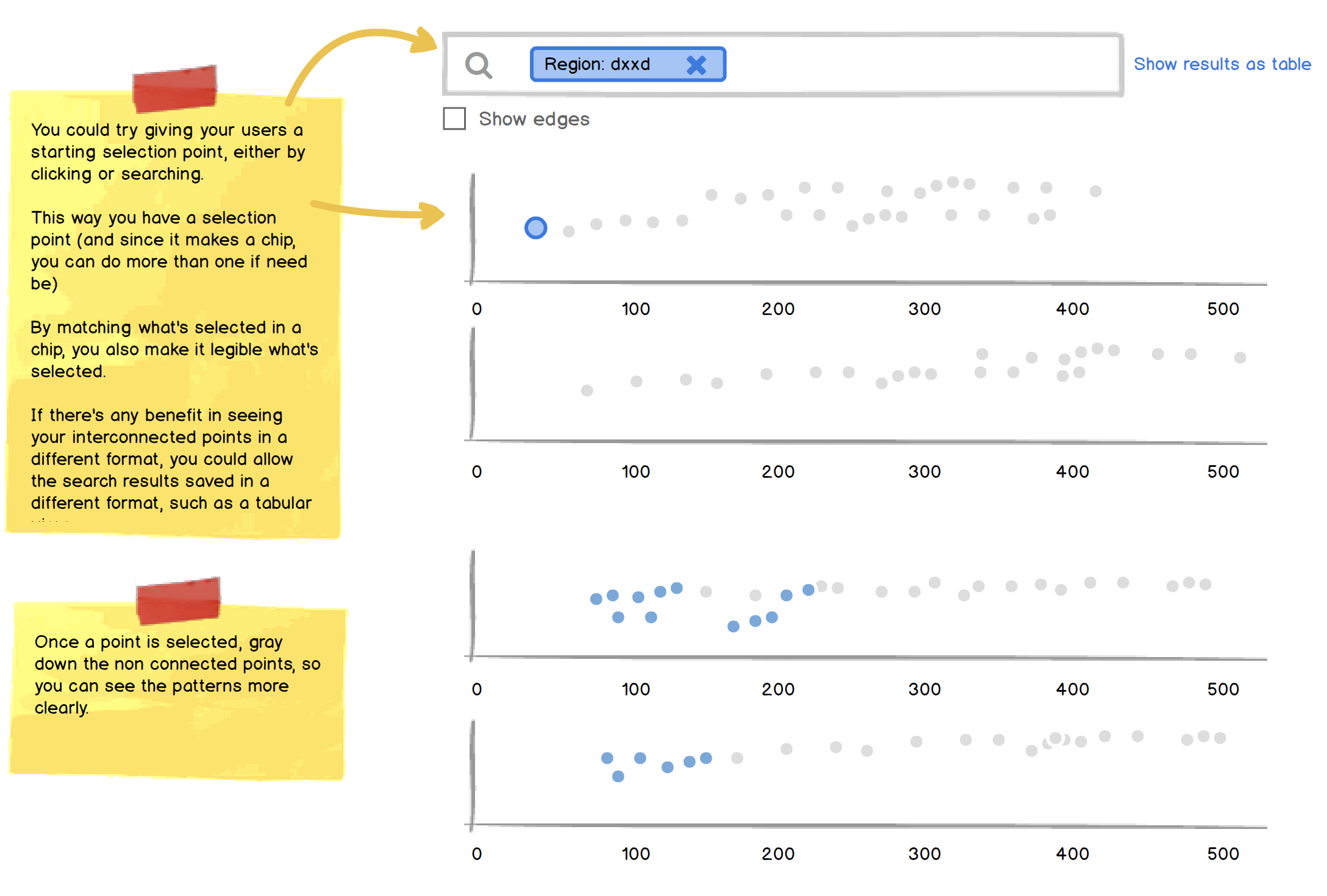 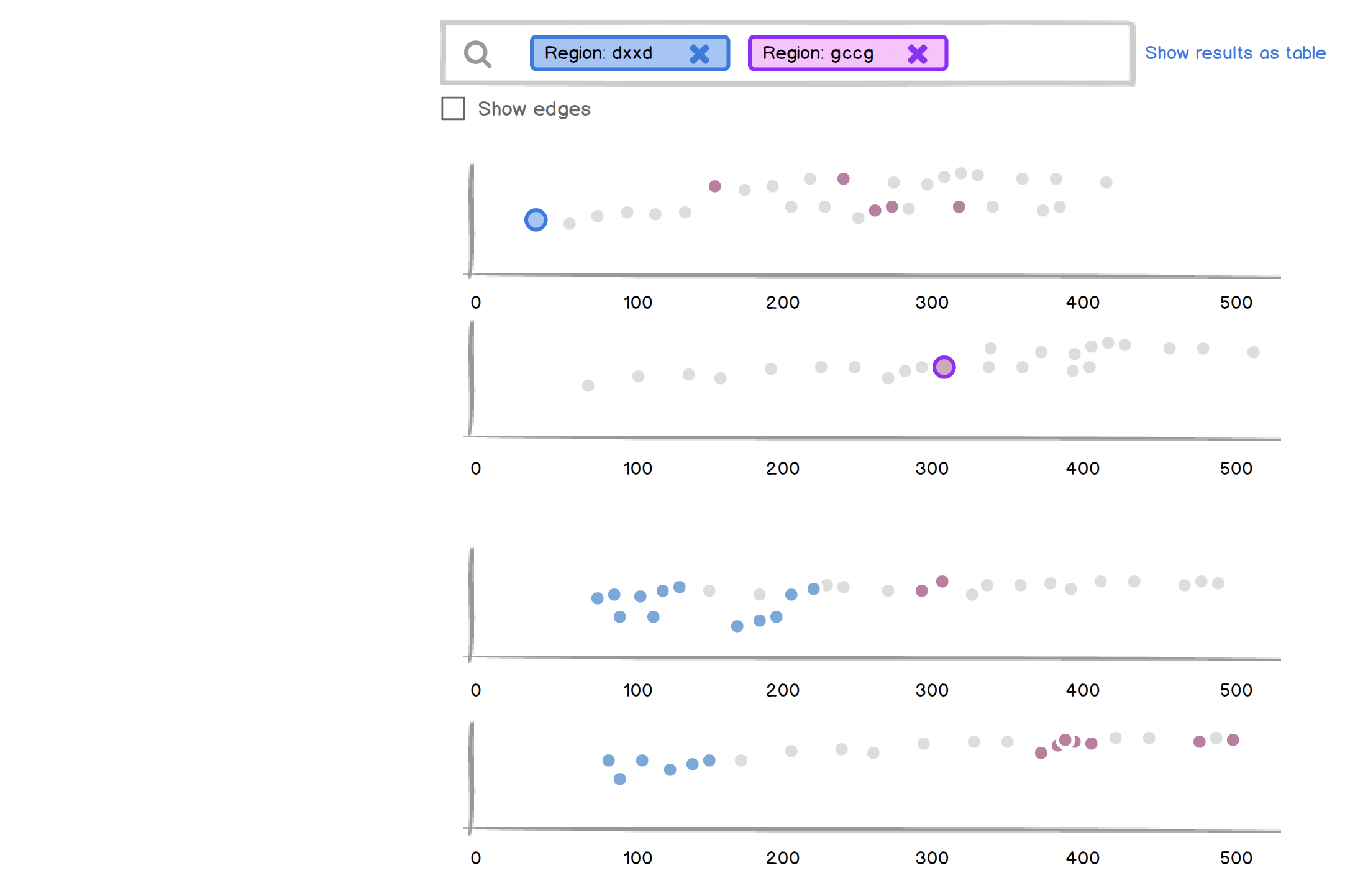 I don't know a thing about genetic regions, but here's a first shot. Let me know if I missed some key constraints or have oversimplified the problem.

This is one of the only other applications I know of that kind of has this "connections drawn over other UI" phenomena https://github.com/rohanrhu/gdb-frontend

The connections do end up overlapping other UI things including the programming text. In this app the connections seem like they do not sufficiently cause a lot of obscuring of other elements

5
What's an intuitive interface for making connections between UI elements?

17
Good ways to handle precisely overlapping data points in a graph?
2
How to visualize a large Neural Net?
3
Indicating relationships between multiple gauges or charts representing different views of the same data
1
what is the best way to present data like this?
11
graph exploration and data overload
2
Matching events on timelines of different scales for a video scrub bar
4
Representing a network delay in fetching the status of a network object
1
Visually organize weighted network
1
Making a network graph more readable
1
How to visualize graph with different data types: boolean & integer?