How can we inform the columns of a table can be made wider?

After using Query SO couldn't stop but to notice how hard it is to understand we can change the width of columns. 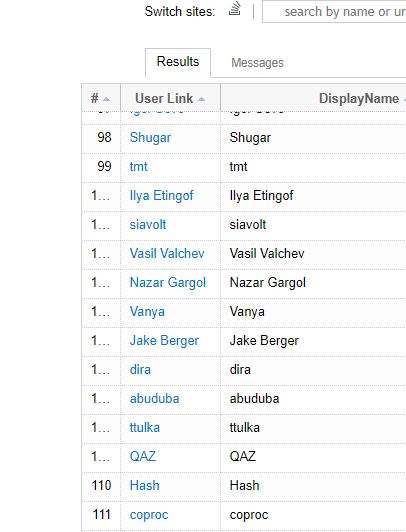 How can we inform the user that the columns can be made wider?

You need no invent something new, just look how the widely used apps behave. In this way you can exploit users' previous experience, so they'll find this feature is "intuitive" ;).

Some points to consider:

There are ways to indicate the possibility to resize without hovering, but they aren't commonly used and therefore act as an indicator for the affordance only. Don't expect any signifier to be understood directly when it is seen for the first time. A few examples of possible signifiers:

While they are clearly indicators (the lack of contrast put aside) they aren't commonly used and maybe a mystery for the user. But it could trigger people's attention and make them find out what it is for and how it works. It also adds clutter.

My second thought would be, if users don't try to resize the column, are they familiar with the concept at all? If they don't, will they possibly ever think about resizing columns or even want to do that? Even if they find out what the indicator is for and how it works, it is possible they don't care about it and never use it. In that case you probably are (or actually the use is) better served with proper column sizing. Columns with large texts can have a fixed width and wrap the text to new lines. Text that is short and should be visible on one line should expand the width of the column.

Not the answer you're looking for? Browse other questions tagged interaction-design design-patterns tables design column or ask your own question.

3
Displaying a large number of tables
2
Only show table columns when users are filtering its specification?
7
Displaying a large number of columns in a table
5
How can I show that data in a table is related to other data within the same table?
3
Best practices to allow user to hide/show columns in a data table
0
Design was made to look perfect at full and fixed width, how to deal with it on wider screens?
1
Users want to create tables with many columns and infinite scrolling rows - how do we handle this?
0
Visually categorizing table columns?
4
Recommended maximum amount of columns in a table?