I was working on a UI where we create Role and assign Users.So the Role creation process is as follows:

1.First you select a module ( Module is like a product version to which Role will be applied to )So currently we have two - Portal for end users and console for Admins.

2.Then you enter rolename and description of role

3.Then you select permissions. to assign to the Role. You can only select one permission

4.Role members - Here you add members to the Role. But depending on what you select in Step 1 - Console or Portal, this screen has different behaviour. If you select Portal in step 1, there's an additional assignment of Contexts( which is basically like environments like Demo or Production). If you chose Console in first step, there will be no Contexts assignment. 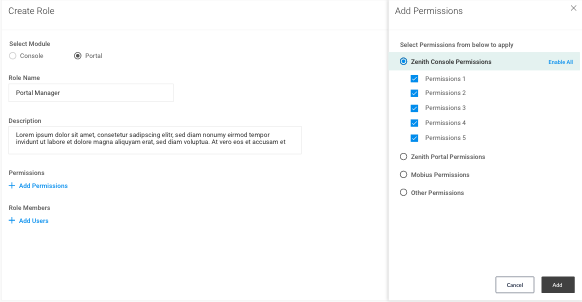 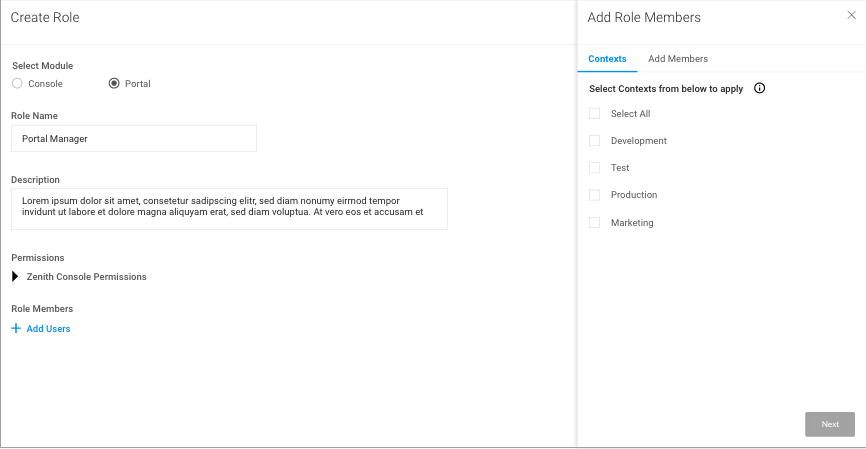 Step 3 - Context is selected and admin clicked on next tab 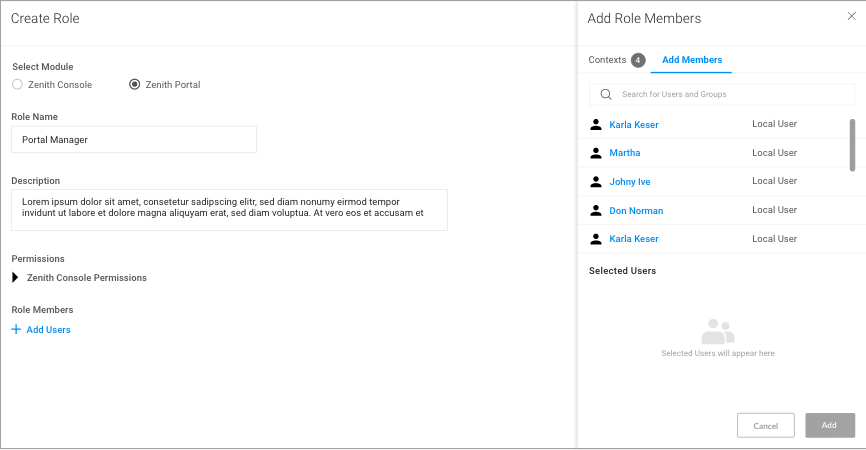 We can see the contexts selected in previous step on hover over the tab> But if list is too long, it won't be scalable - 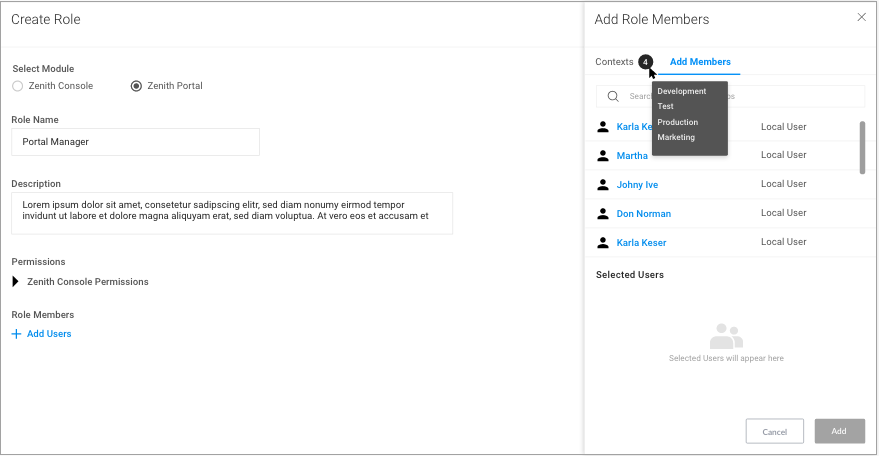 Step 4- Users are selected and added 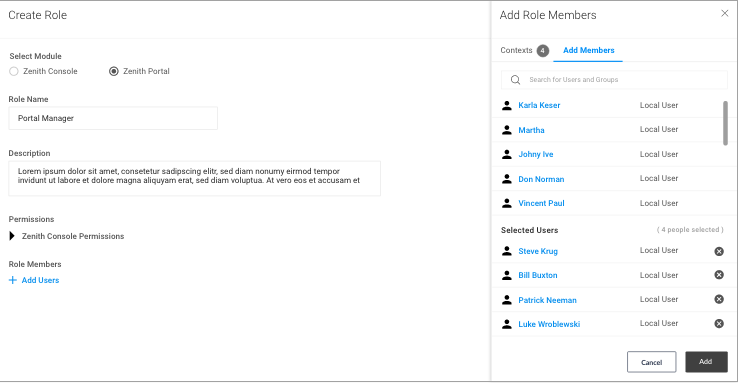 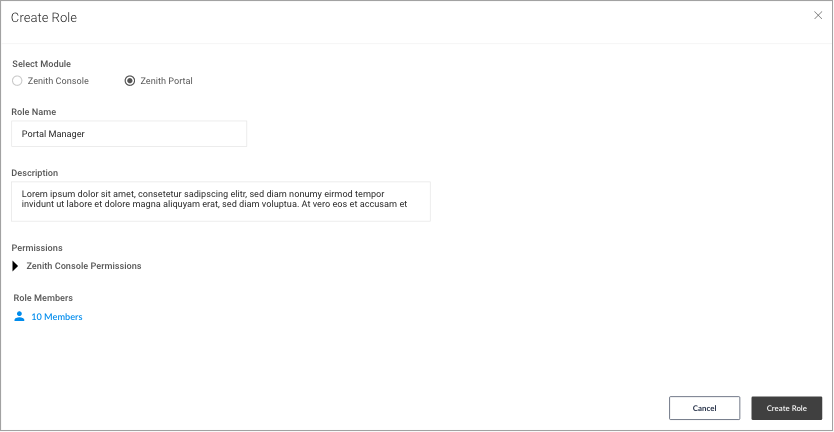 So I thought one way to deal with this , is creating sort of wizard behaviour. First you select Contexts then add role members. But in this method, user loses sight of the contexts selected if he's in Role members tab. So one way could be to show contexts on hover over Contexts tab. But still visiblity of Contexts selected is less.And if User has to change contexts, he has to go back to Contexts tab.

The requirement was that Admin can assign multiple contexts to multiple people. But it sort of complex with many steps in just create role, but client wanted it that way.I am not sure if I was able to explain it in good way,but will appreciate any questions or answers. Thanks

0
Starting a UX Role in a New Organization
0
Layout for assigned roles to users and organizations and managing those users
2
Editing user permissions within a group?
4
UX best practice for role based access?
0
Interaction Design Role
3
A different profile photo for each user's role?
29
What's a good single-word term that means “a user who's signed in to your website”?
4
Attention to specific items based on user role and permissions
2
Differentiating between role based actions
0
Showing multi list and drop down hierachy on page