We have a scenario where when a user changes the code language (script), they're given the option to either keep the code they've already written or override the code. I'm currently working on the dialogue box for this, but have previously not worked with multiple action buttons in a dialogue box. Below is a reference image.

I have a couple of questions regarding my approach: - Is it appropriate to use a dialogue box for this? - Any examples of multiple buttons in a dialogue box?

You're on the right track. Dialogs should have one or two actions. They can contain form inputs but should not contain any other links or buttons which take the user away from the dialog.

A single button dialog is used when the user just needs to confirm they have read a message. A two button dialog is used when the user is about to perform an action that needs confirmation. The rightmost button (or leftmost if left aligned) should be the button which confirms the action with the other button being the one which cancels it and does nothing.

That last point is important here. I think it would be better if you flipped your logic around and asked the user if they wanted to delete their code instead of keeping it. Note: You could replace "Cancel" with "Keep" or "Skip" if that better suits your application flow. 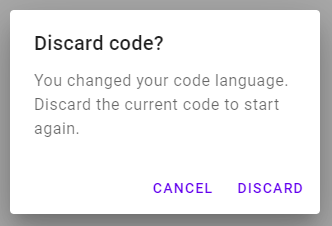 Another option would be to keep the code by default and give the user a button that discards all of the code rather than interrupting their flow with a dialog. The user may have unintentionally changed the code language so popping up a dialog interrupts their flow and stops them from quickly changing it back. Keeping the code and then adding an option to the editor which clears the code gives the control back to the user and adds an additional feature to your editor. You should also show a similar dialog when that button is pressed. 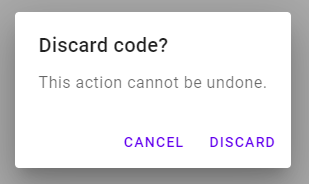 I think you have the right idea but as you mentioned in your comment, the content needs to be simplified. I like having the primary CTA be the non-permanent option. Perhaps something like this?

I believe you can follow google's guide for this. In a nutshell make sure your message box got clarity, conciseness and usefulness all checked off. Hope this helps 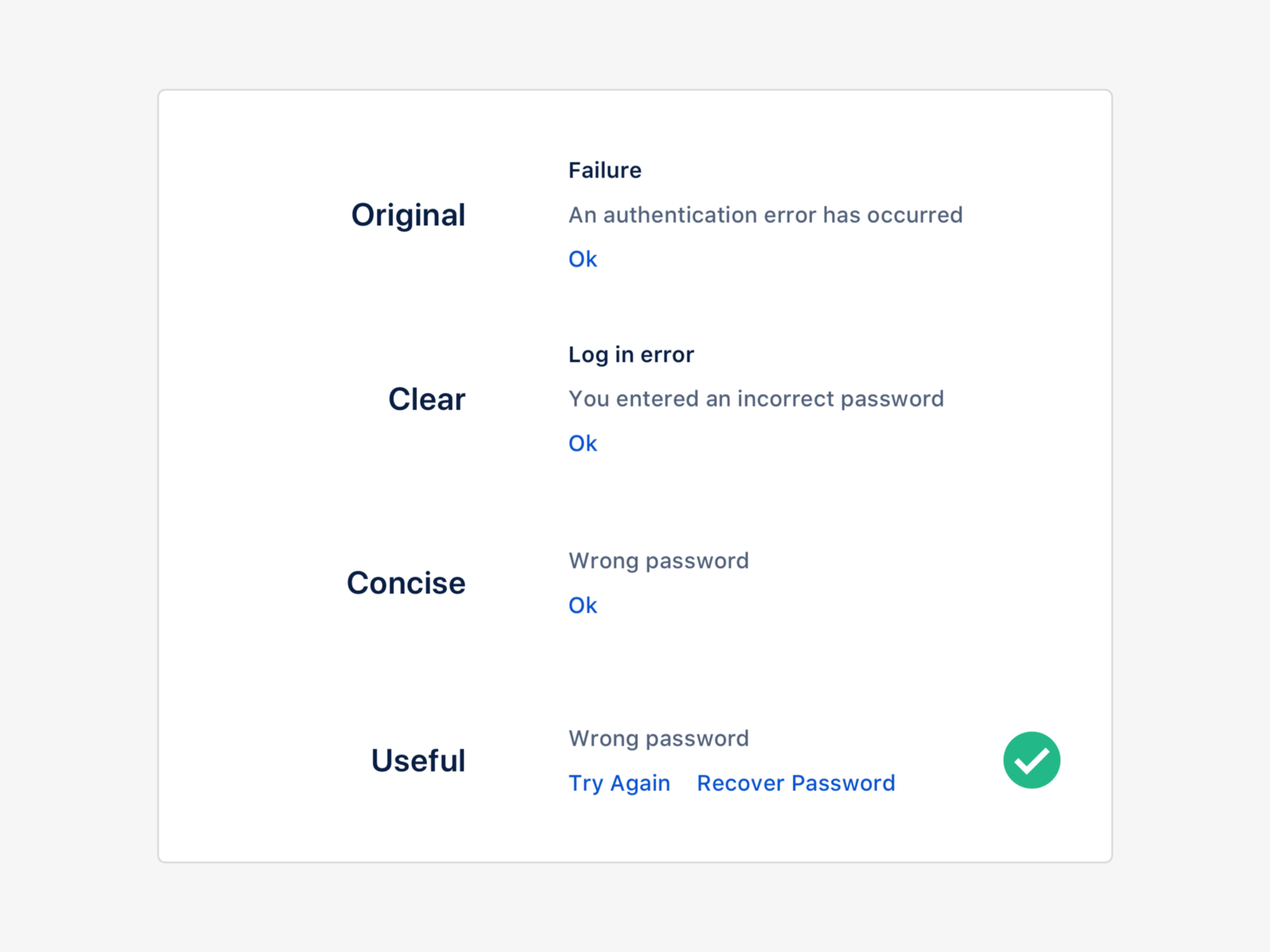 Not the answer you're looking for? Browse other questions tagged popup or ask your own question.

7
Handling multiple “alert” popups ?
2
Popup for a check box
2
Multiple call-to-action popups while flash app loading
8
Modal window action buttons, top or bottom
10
In a popup with “yes” and “no” buttons , you put “yes” or “no” first?
5
What is the term for a pop-up box that fades away but remains accessible at all times?
0
Placement of components in a “Confirmation with a textarea” pop-up dialog box
1
Designing warning/confirmation dialogue box
1
What is the industry term for a payment action that pops up over a free action?