Actually we're building the gis application for Police Department. I have a widget called "Camera" and in that widget, we've added multiple camera locations as per their geo-ids.

Users can navigate between tabs. “Pinning” a tab prevents the tab from being replaced by the system when a new buffer is created – If it is pinned, the next System Tab will display to the left between “Pinned Tabs” and Default Tab” with other four icons

In the first options pinned icon and close icon are placed on the tab - But the difficulty in click/Call to action.

In the second options, the other four icons are shown as a drop-down menu. - but not looks perfect.

So share me some good options with better usability for placement of pinned and close icon. 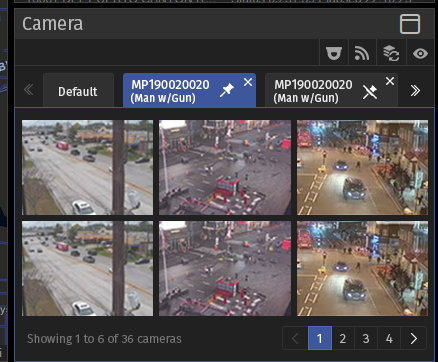 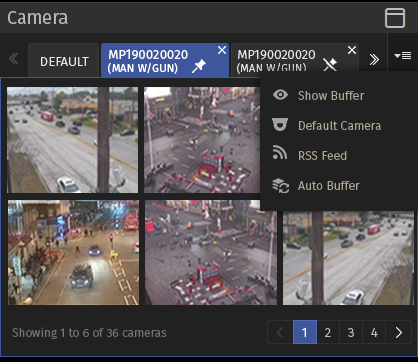 Browse other questions tagged usability icons tabs or ask your own question.

9
Breadcrumb or tabbed form or best of both?
2
Segmenting tabs without sub-tabs
11
Alternative to tabs with long names
0
Moving block of tabs with buttons
2
Dropdown with tabs?
0
Tabs with icons
0
Tabs with one similar field
1
Tabs with long labels in constrained space
1
Multi-Tabs - how to handle invalid fields on non active tab with save for all tabs?
1
Implementing Filters as Tabs in a Web Dashboard