Filtering options for a combobox

I currently have a log-on dialogue box which I present to users when they wish to log onto a target system. As I have quite a number of possible target systems, I offer them a combobox in which they can type the first few letters of their chosen target system. This currently looks like the following: 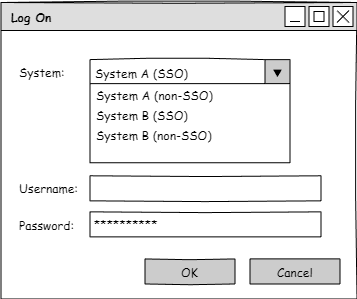 Some of these target systems have an attribute which means that the user does not need specify their password on connection (SSO), these are listed with a slightly different display name (in the example above, I have denoted it in brackets after the system name).

I was thinking to make things a bit easier for the users to select an SSO system, that I would add a checkbox to filter the list of system names in the combobox, so only SSO entries were shown, so something like the following: 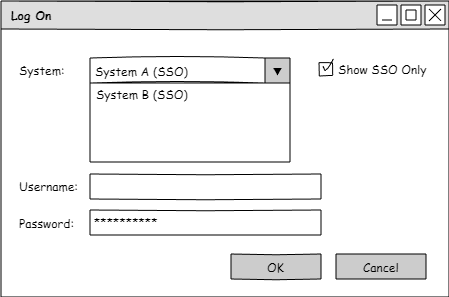 The only issue with the above is that for some reason it doesn't look as intuitive as it could be (in my opinion) because as dialogues flow from left to right, top to bottom, you have to immediately go right to check the box, then left to choose your system.

Is there a nicer way to present this filtering option to users?

Personally, I think there's nothing wrong with your placement.

Just one suggestion: Make sure that all input fields have the same width; that way you'll get a much nicer overall alignment and it helps putting emphasis on that checkbox, since it's the one element popping out. 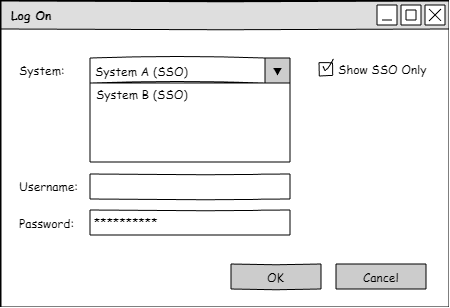 I also put a bit more space between the form and the action buttons, so that the form can stand on its own.

Yes, your solution seems sensibly - what I wrote in the past would apply to more extensive options - but if no more types of systems are provided for users - a checkbox defining true-false type (SSO or not SSO) - seems sufficient.

What is also possible in UI: 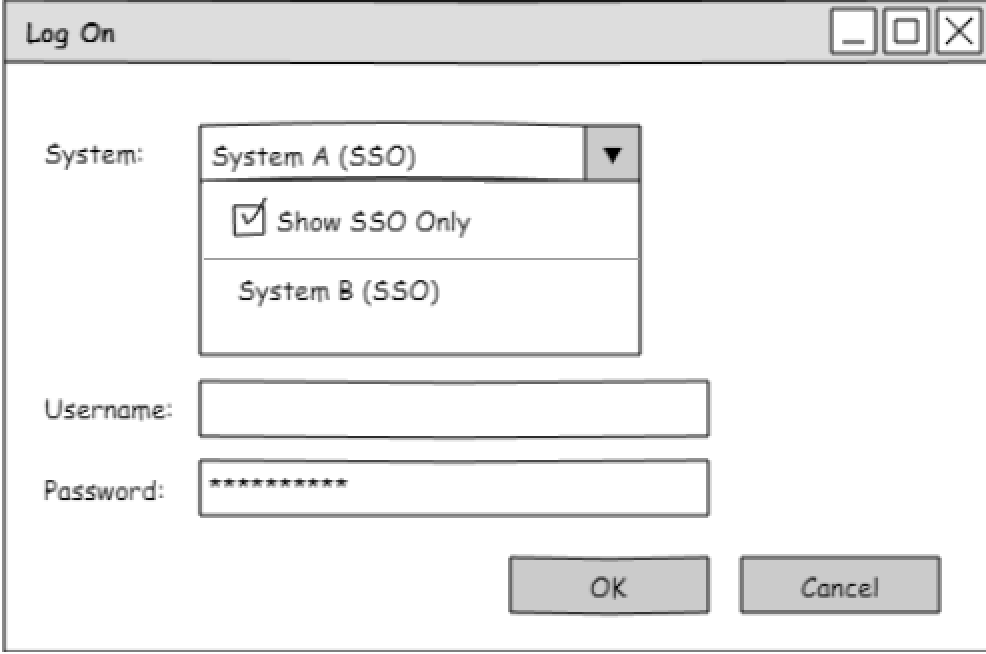 I'm don't convinced to those solutions, but maybe they will inspire You and provide interesting solution. In addition these solutions take into account the wide system options, so they are designed for any scaling of sorting options (various systems):

Filter by: Type of system 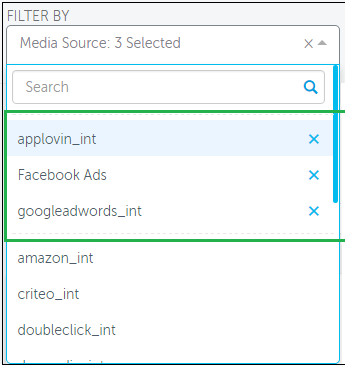 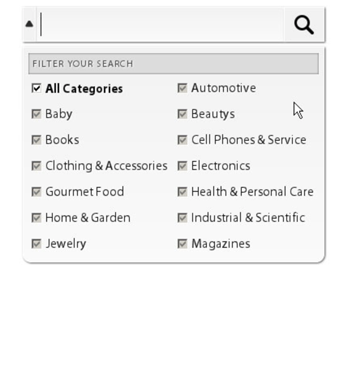 Not the answer you're looking for? Browse other questions tagged filter desktop-application combobox or ask your own question.

11
Progressively Filtering Options
5
How should "OR" filters be implemented in a filter bar?
2
Design of tag based filtering using interesting and ignored tags
3
How can the Copy and Replace message box be improved?
5
How to search/filter long lists that incl. tree structure and flat structure?
2
Massive select options for filtering
6
Single search box for different types of searched criteria
2
How to make this single window tool more user friendly?
1
What's the most used 2-digits abbreviation system for the names of mexican states?